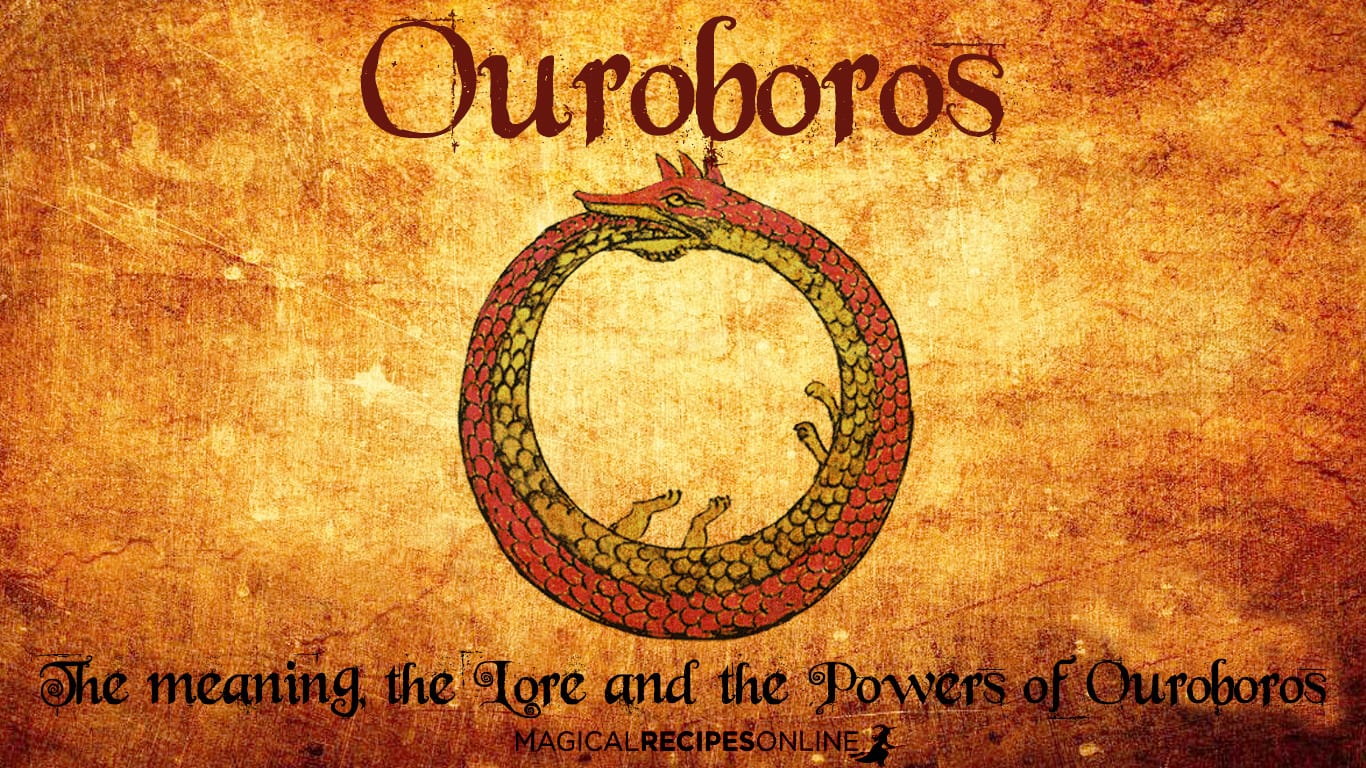 This symbol makes its first appearance in Ancient Egypt although many modern scholars mistakenly date it back to “Codex Marcianus” in the 2nd century bC. However, some of us know that its roots seem to disappear in the millennia. Uroborus (or Ouroboros) was used by Gnostics a lot and it had been confused with dark arts during the Middle Age. It seems like that this symbol was a sacred emblem in Phrygia in the first centuries bC.

Breaking the Circle of Ouroboros / Uroborus is the breaking the Circle of incarnations and the entering to the blessed Nirvana. Ouroboros was also been used in a way like the Taoist symbol Yin-Yang. Like the head and the tail are separated yet one, as it’s all things. Some times Ouroboros is not just a snake but a dragon which probably symbolises more the Yin-Yang meaning than the eternal time. It seems that Uroborus was used to define more earthly things that are subject to time continuum (like our earthly Incarnations).

It symbolises the Saturnian energies and some Tarot Decks correspond the Ouroboros with the Hermit, the 9th Triumph of the Major Arcana. Other than that Ouroboros can be found as a symbol of the Eternal life of our Souls and Spirits in any Alchemical, Magical Grimoire or Sacred Text. if you want something to last for ever to meditate in your Past or Future incarnations for Karma Magic (not for the novice ones) to conjure the powers of Saturn for balance

NEXTLabyrinth and its Magical Powers