The Vampires of Crete!
On the Greek island of Crete, around two centuries ago, an appearance of two vampires occurred – actually Crete has many stories of vampires – maybe better known in England than in Greece, as the story is mentioned in Robert Pashley’s book “Travels in Crete”. Now, here is how I know it.
An old widower miller lived with his two beautiful young daughters peacefully. The old man was very religious and knew well that the devils crawl around on the earth waiting to catch their victim’s souls, so he tried to be, as much as a man can be, close to the church and God.
But, one night he woke up from some noise coming from his daughters’ room. But the noise stopped. So he went to sleep once more.
The Sun raised and as soon, his daughters start yelling and crying. Two vampires had come in the night in their room to torture them. The pour girls were so much scared that they didn’t dare to scream and call for help. They thought, they said, that they were as good as dead and felt hopeless because who could help them against these devils after all?
Their old father knowing that only God can protect people from the undead, did what he could. Put some crosses to the windows and doors of the house, believing that this would be enough.
But one or two nights after that, once again some noise woke him up, coming from his daughters’ room. Could it be again the vampires? He wanted to go to their room to help them, but what could an old man do against two vampires, or maybe now some more? So he locked his door and started praying to the Almighty for protection.
Not long before the Sunrise the fuss stopped. He waited a little to be sure. It seemed like his prayers were answered. He waited a little more, and when on the edge of dawn run to his daughter’s room.
The poor girls were exhausted and scared, crying. The two vampires had come once more. The crosses hadn’t scared them at all. And the vampires tortured them more violently than before.
The old miller asked the villagers what he should do. And he used all talismans that he was advised to use in order to protect the house and his daughters.
But night after night, the vampires were coming, torturing his daughters more and more, flying around the room, jumping and dancing as only devils can. So they said, because the old man, scared for his soul, locked himself into his room, praying ceaselessly. After all, if the crosses, the garlic, the holy water and all these powerful talismans had no power over this grisly beings what an old man could do?
As every night the things were worse than the previous, his love for his daughters fought the love for his soul. And one night, he found the courage, and waited armed with his pistol and the love of God, to try to kill the beasts as they would leave the house just before dawn. After all, even if he just managed to delay them, the Sun would burn them up to hell.
So as the vampires went out of the window of his daughters’ room he fired the gun.
He missed. Thankfully enough, and the two young lovers of the girls, living and not undead, run away as quickly as they could, as the girls were begging their father not to shoot.
Sometimes, circumstances and conditions and maybe a clever plan of some people, just like the plan of the miller’s daughters, may manage to build up a “supernatural” event where there is nothing more than actions of humans and/or nature.
So, we decided to start a new category in our blog presenting examples of such events, that although they were assumed to be of supernatural type, they have been proven to be natural. That is why we named this new series from Jules Verne marvellous book “Le Château des Carpathes” (or as published in English “The Castle of the Carpathians”, “Carpathian Castle”, “The Castle in Transylvania”).
We hope you will enjoy it!
Discover, Play, Love! 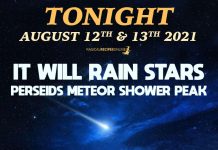