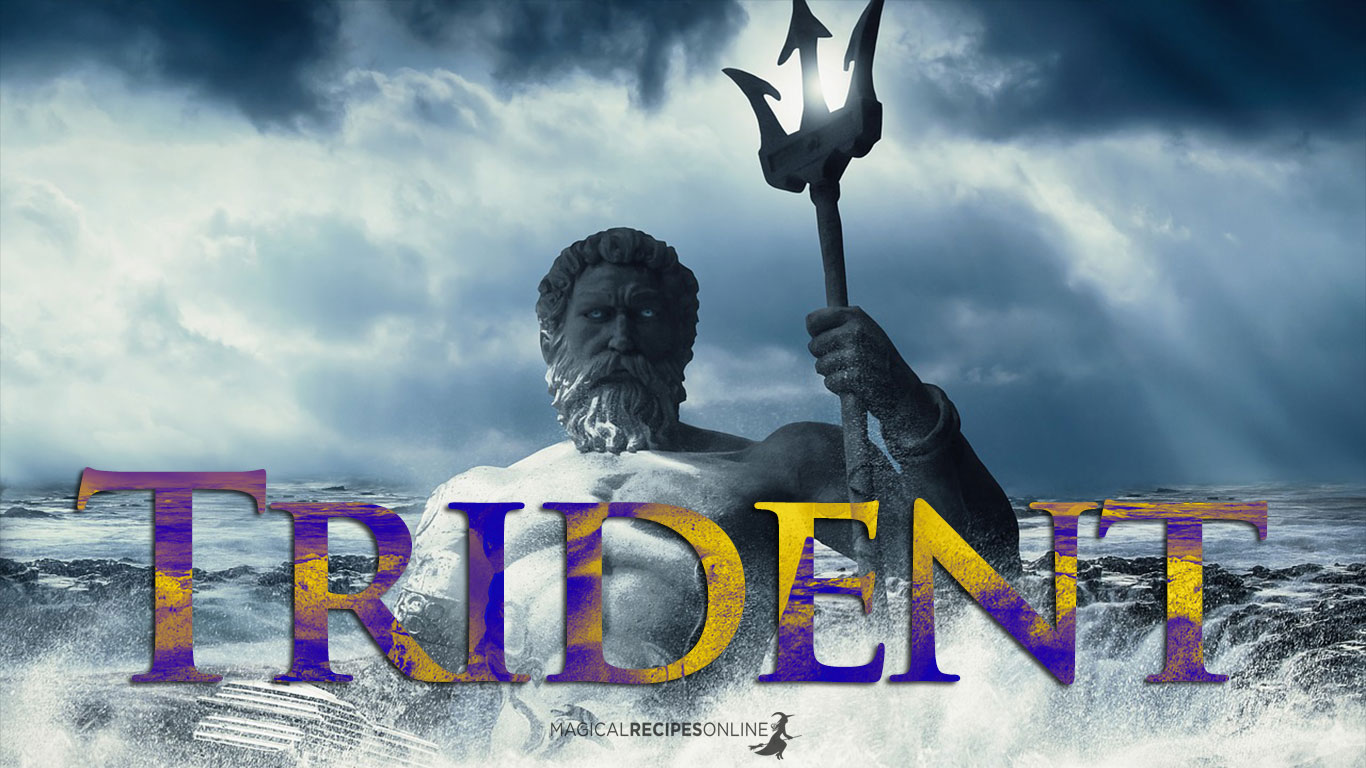 There are many symbols which seem to be identical all around the world, with identical meanings too, in different cultures and civilisations without being able to find the linking truth that binds them all together.

The Swastika, the Pentagram, the Triskelion, the Triquetra… One of these symbols is the Trident!

As for the most ancient symbols like Cross, Pentagram, Triquetra, there have been many theories which tried to explain what is the major archetype / psychological pattern which lies beneath the Trident. What is commonly accepted is that every weapon which uses three edges when one would also do the job, is because this symbol implies the multiple Possibilities and multiplied Force.

The Trident is a symbol of a Patriarch figure. It has been used as the Major Weapon of Lord Shiva / Siva, the One of the Three greatest Gods of Hinduism (amongst Lord Brahma and Lord Vishnu). The Three Edges of his Trident may symbolize his Three Eyes and the Middle edge may symbolize his Third Eye. The trident is also a weapon of Lord Mangala (see more on the article of Mars in Vedic Astrology). The Trident (Trishula) of Siva is a symbol of Abundance and the way to banish all Fears.

Trident is also the Weapon of mighty Poseidon, the God of all Seas in the Greek Theology. When Poseidon was furious, he struck the Sea with his mighty Trident causing huge waves and storms. The Trident was also a symbol of other Greek sea Gods, like Triton and other Mermen. The Trident was a symbol the masculine power of the Sea… (even in Disney's “Little Mermaid”). Moreover in ancient Greece, the Trident was a symbol of Abundance and that's why it was depicted in coins and talismans, so that they would attract wealth! It symbolized the unlimited treasures of the Seas. Let's not forget that Atlantis was the most Rich civilization of all Time! Atlantis was a civilization whose Patron God was Poseidon, the capital of which took its name from the God of the Seas, Poseidonia.

In later years and after the reign of Christian Kingdoms, the Trident became a symbol of Satan. This is probably after the efforts of demonization of the Old Religion. The three-edged Trident symbolized the Triple-sin, the corruption of three major Instincts, the Instinct of Preservation and our need to eat became the Sin of Gluttony, the Instinct of Love and Sex became the Sin of Lust and the Instinct of Evolution became the sin of Vanity. The triple-edged Trident in the eyes of some Christians became the mocking of the Holy Trinity, along with the three-headed Hecate and the three-headed Cerberus, the hound-protector of the Underworld. The shape of the Trident itself reminded them the shape of the Teeth of Monstrous creatures and demons of the Deeps. Trident was now at the hands of the most evil entity.

Instead of committing to a sinful campaign of corrupting a sacred and powerful symbol of the World, you can use the mighty Trident for many many things because in fact the Trident can be used as a mighty tool of the Craft just like the Wand. (We will talk later about the Wand).

ancient talismans of Wealth and Abundance