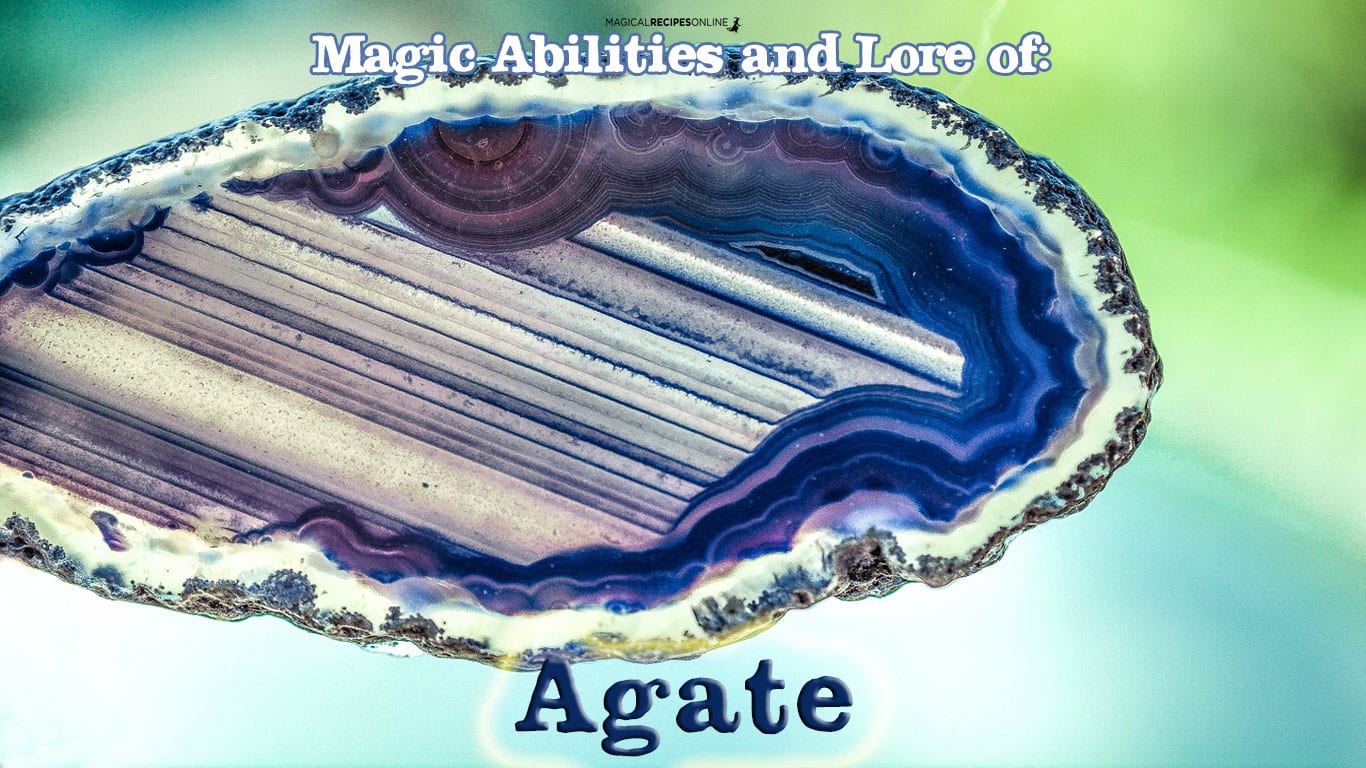 With the term Agate we define a variety of gems with several colours which are associated with volcanic rocks. The word Agate comes from the Greek Achates-Αχάτης which is the name of the River in Sicily where Theophrastos a Greek philosopher found the stone.

We find different and diverse types of Agates but there are common qualities in all types. According to Orpheus, one of the most significant figures in Ancient Greek literature, author of the Sacred Orphic Hymns, the Agate can be used as a very helpful remedy as amongst others it calms fever, stops hair-fall, eliminates thirst and fights anxiety!

Generally Agate is used to forge bravery and valor! According to some Orpheus was carrying an Agate in his journey to find and bring back his beloved Eurydice from the kingdom of Hades, the Underworld! From this story we understand that Agate protects, adds in confidence and promotes valor. It could also imply that psychic abilities are enhanced and magnified.

Agate is a stone widely used for it's mystical and magical properties. Agate was used all over the world through the ages to prevent snake bites. How to forge an anti-snake bite talisman? Carve on an agate the figure of a Snake and carry it with you. The same talisman can be used as an anti-scorpion charm. In this case you will carve the shape of a scorpio! These alleged properties of the Agate is not used by anyone of us so we just propose it to you for extra protection!  TIP! As a general protection amulet, carve on an Agate the shape of your body (we know that this cannot be in detail, just carve a human-shaped figure bearing always in mind that it's you!) and carry it with you.

The family of Agates have as we said some common qualities. So to sum up the Magical Properties of Agate are:

*Increases vitality *Helps the land to be fertile *Protects from Dark Arts and Entities (many powerful sigils and talismans are carved on agates. we will give you even more info in future posts!) *Helps in Love Spells *Promotes Good Health *If worn Agate attracts favours from powerful people who possess authority of any kind *Enhances valor and confidence in ourselves and the higher forces *Helps us fight our fears (in a way the anti-snake and anti-scorpio amulet can be seen as a magical amulet to fight our fears instead of actually repelling those animals) *Decreases fever (the lore says that putting an agate in hot water the water will chill faster!) Improves eloquence (bear an agate in your future interviews)

We picked also for you two “types” of agate for their magical properties. Blue lace agate and Botswana agate. In future posts we will give even more information about other types of agate.

The Magical Properties of Blue Lace Agate are alleged to: Improve Health as it helps in Digestion, in bone problems and arthritis pain, promotes pancreas and throat healing  Fight nightmares and insecurities Extra potent for those born under the sign of Virgo The Magical Properties of Botswana Agate are alleged to:  Aid in Love issues. Can be utilised in love spells, to bring a new lover or open our hearts to love Calm our nerves, promotes peace (possibly because we open ourselves to love) Help in finding solutions. Utilize a Botswana Agate to help you find the best solution to what bothers you!

Bury Agates in your garden. This will make your garden magical, attract positive entities and improve the soil”s fertility! You”ll probably be amazed by the new crops! :-)

PREVIOUSTrident. The Symbol of Masculine Power
NEXTAnubis, the Gatekeeper of the Great Beyond