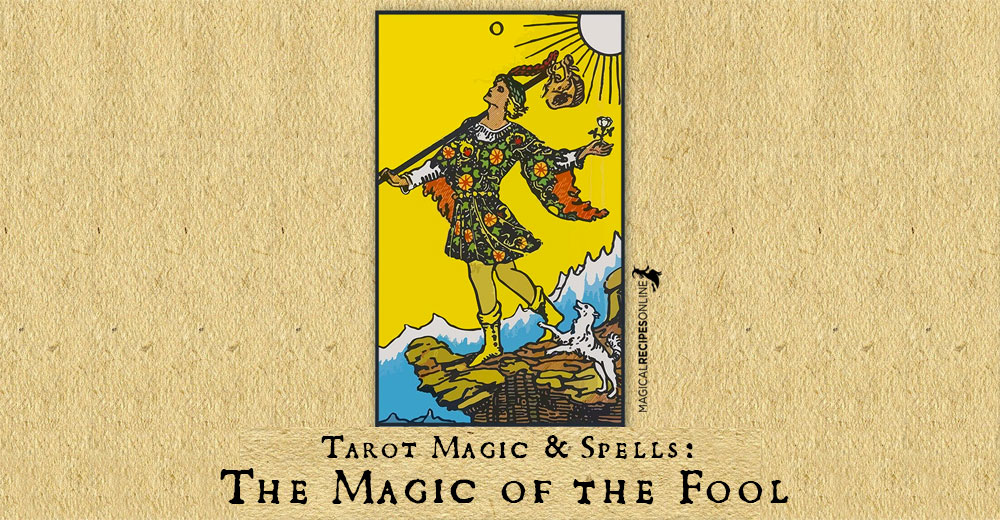 April Fool’s Day may come to pass and most of us are vigilant not to get tricked and become the fool. But, I would dare to ask, what is so bad on being The Fool?

The Fool is innocent and true to himself and his dreams. He doesn’t see anything as impossible and therefore he is able to turn the impossible into reality. Walking at the edge of the cliff, looking up to the sky, he is ready to fly. His friendly companion may bark to encourage him, or to warn him, but either way the divine spirit of The Fool can defy the material nature of the dog, and his beliefs can be proven more powerful than the laws of nature. 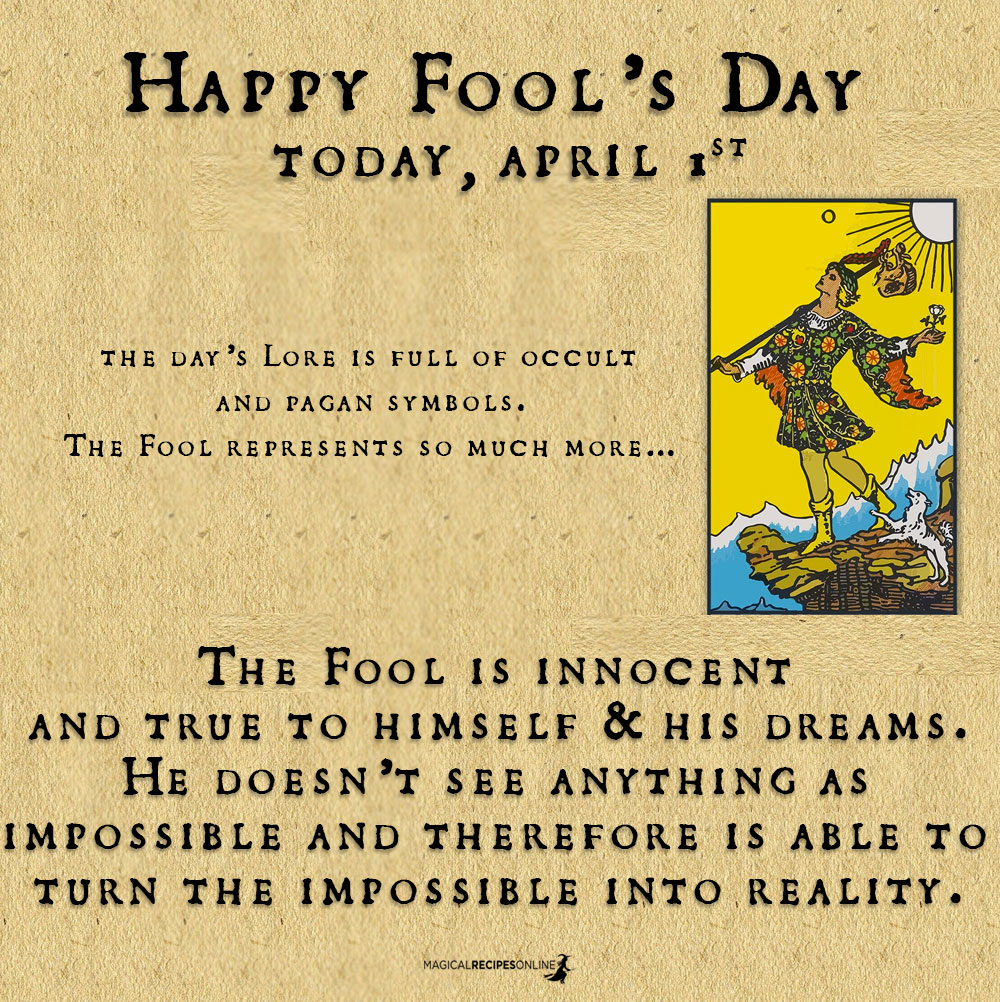 In his state, The Fool can become whoever and whatever he wishes, and can bring forth everything he desires. Detached from the material restrictions and truly free, he is able to make his decisions anew and therefore to create his world around him as he pleases.

The Magic of the Fool

The major arcana of the Tarot follows the journey of The Fool, from the very beginning, represented with The Mage, to the total divinity, represented by The World. The Fool is not exactly the beginning. He is the cause of the beginning and in that sense he is more perfect than The World and more primordial than The Mage, a Supreme God, one may say, as he is the one who holds the power of creation of everything and anything, but has not yet expressed himself.

In this series we are not going to analyse the prophetic meanings of the Tarot. We are going to use this most powerful tool in a magical way. We are using as reference the pictures of the Arthur E. Waite’s Rider Tarot, which is one of the most classical magical tarots. You don’t need to use this kind of deck. You can use one that you find more suitable for you, but the symbolisms may change from one tarot deck to another in a way that you will not be able to use the card to perform the spells we are providing you with. So, do act accordingly.

The most important thing is:

Never use the same tarot deck
for magic and for prophesy.

You can use one tarot deck for magic and one same for divination if you want, but they should be two separate decks. The rationale is to avoid creating unwanted results while trying to foresee the future.

You can awaken any and every aspect of The Fool by using the tarot card in an image meditation, as we have described in our blog (click here).

Use The Fool to awaken your creative spiritual power by doing this simple spell.

Have a full-body picture of yourself and next to it the card of The Fool. Have a white candle lighten on top of them, and have the flame of the candle as the only light in the room. You may use some incense or incense sticks if you prefer. 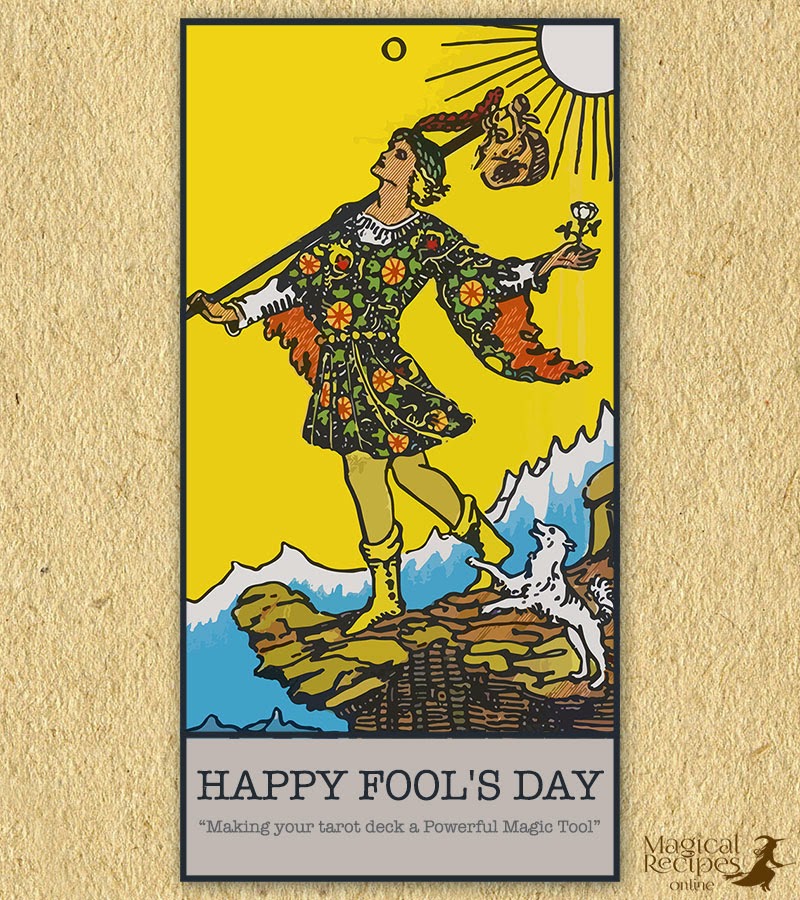 Relaxing is Vital to the Spell

Take some deep breathes and relax your body and mind or even better, perform the balancing breathing (click here for the detailed article with simple Breathing Exercises of Hatha Yoga). Then look at your photo and then the picture of The Fool. Keep alternating your focus between the two pictures. While doing so, keep repeating peacefully:

“I am the creator of my world. Everything I want, I can create”.

While working with The Fool indulge yourself with some foolishness. Play funny and childish games, laugh with not so intellectual jokes, draw random lines on pieces of papers, and whatever you feel relevant. Challenge your limitation with respect.

April’s fools’ day presents you with a special opportunity to do so. Enjoy the day. Try to use this chance to laugh with others and not at them. Keep your farces innocent and harmless. When lying try not to overdo it as no one  will believe you. For example, on 1st of April 2004, Google said that it is going to create a web based e-mail service, providing each user with 1GB space (while, at the time MicroSoft’s Hotmail offered 10MB), nobody of course believed that stupid lie. But, hey… wait… that was actually true!