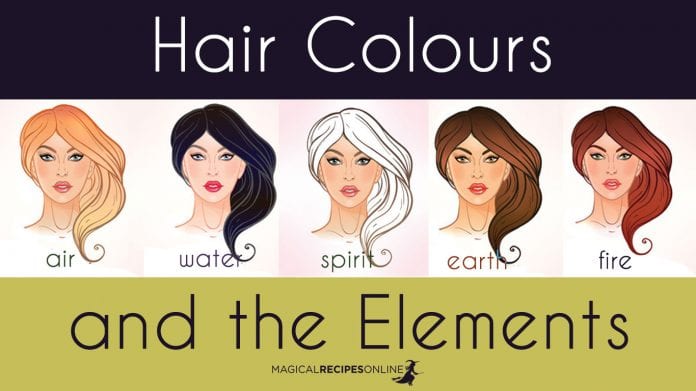 We are all made of the Four Cardinal Elements, Fire, Water, Air and Earth. Each of these elements play a very important role in forming our interior (mind – senses) and exterior (body structure).

Elements and the Destiny

According to the Alchemists, the spiritual Workers who are focused since centuries in preserving the ancient Mysteries, although we are all made of the same elements, there is an element (or elements) which are more dominant to us and play a particularly interesting role in our appearance, health and destiny.

The Natural Colour of our Hair is considered to be very important in defining the dominant element of each individual. Please remember that there are billion different unique colours although most can be categorised in the following 5: Blonde, Brown, Ginger Red, Black and of course Grey. Blonde corresponds to the Element of Air, Brown to the Element of Earth, Ginger Red to the element of Fire, Black to the Element of Water and Grey to the Ultimate Element of Spirit.

Blonde Hair corresponds to The Element of Air.

Did you know that Adolf Hitler was so passionate with this correspondence that he came up with the theory of the Aryan Race and started a war only to annihilate all other correspondences? He was influenced – with a really twisted way – by the real ancient Traditions of Witchcraft.Blonde haired people is believed to descend from the Fairies according to the Ancients. Fairies are noble creatures who follow hierarchy more than Human Race (remember king Oberon from Shakespeare).

The element of Air blesses them with excellent communication skills. They are often believed to charm with the colour of their hair and therefore broaden their social circles. They suffer from mood swings and sometimes they are lost in their magical world closing out of it all others. Once motivated, they become extremely disciplined and they can direct their power in a very potent and decisive way.

Brown Hair corresponds to the Element of Earth.

The Children of the Earth have the most colour of hair at it corresponds to the planet itself. The Alchemists believe that more brown-haired people are needed to achieve proper balance. They feel closer to the forces of nature than any other colour and they are great at Natural Magic. They can easily conjure not only the Element of Earth but all four Cardinal Elements (Fire-Water-Air-Earth) apart from spirit.

The need to centre their Energy and ground their magical powers. Becoming one with the Earth, multiplies their Powers and they achieve really really great things. They are healers of the Planet (a power which comes from the Forest Spirits) and they have the patience to work with the rather slow forces of the Element. Walking barefoot (where is safe) can also help them a lot as it will bring balance to their energy matrix. They sexual magnetism can become a force to reckon with.

Ginger-Red Hair corresponds to the Element of Fire.

They say that Ginger-Red Haired people have been kissed by Fire (or the Elementals of Fire by some traditions). It is believed that something really strange runs in their veins as the Element of Fire is really difficult to control. They have weird reactions and they love to pursue their dreams in a very unique and strange way. Just like the Elementals of Fire, the proud Salamanders sometimes seem to be REALLY crazy but the truth is they are just close to their Will Power.

Enthusiasm is what pushes them to act with so much power. When activated they can climb the tallest mountains and swim oceans. They are considered to be extremely gifted in magic especially when someone needs protection. They are passionate but when challenged they can become fierce and violent scaring everyone around them. All they need is Passion to Live.

Black Hair corresponds to the Element of Water.

Black as the colour of deep Waters, where not even light can get through it. It’s long believed that, black haired people have been blessed by the forces of Water enchanting them with a deep ocean of feelings. Moreover, black haired people are most likely empaths. They tend to be very close to their hearts and once they tap into their emotions they can cause miracles. In fact that’s the source of their real power. True magic comes from the Heart.

Black haired people are believed to be the most sensual of all and they constantly create an aura of attraction magnetising everyone and everything around them. It is believed that they have enormous spiritual powers and that they can easily contact the Otherworlds and communicate with the spirits or other entities. They are never alone. Black haired people are always accompanied by forces of nature and they can easily embrace their true potential.

Grey Hair corresponds to The Element of Spirit.

The ones with the Grey hair are considered wiser than all. It seems that the colour of their hair is like a crown which makes them differ than everyone else. Notice that, no matter our natural colour, while we grow older, our hair turns to Grey as an indication that we become wiser and closer the Oneness. Albinos, the ones who are characterised by the complete or partial absence of pigment in the skin, hair and eyes have always been considered especially powerful in Magic, as they correspond Directly to the Element of Spirit.

Unfortunately this correspondence costed hundreds of Albino lives as Black Magicians “use” them in their dark rituals. People with Grey hair, are considered “Old Souls” and that they have acquired much wisdom over the past incarnations. They seem to be absent-minded but the truth is that they are focused on what really matters. Being Close to the Spirit means you are free from misery.