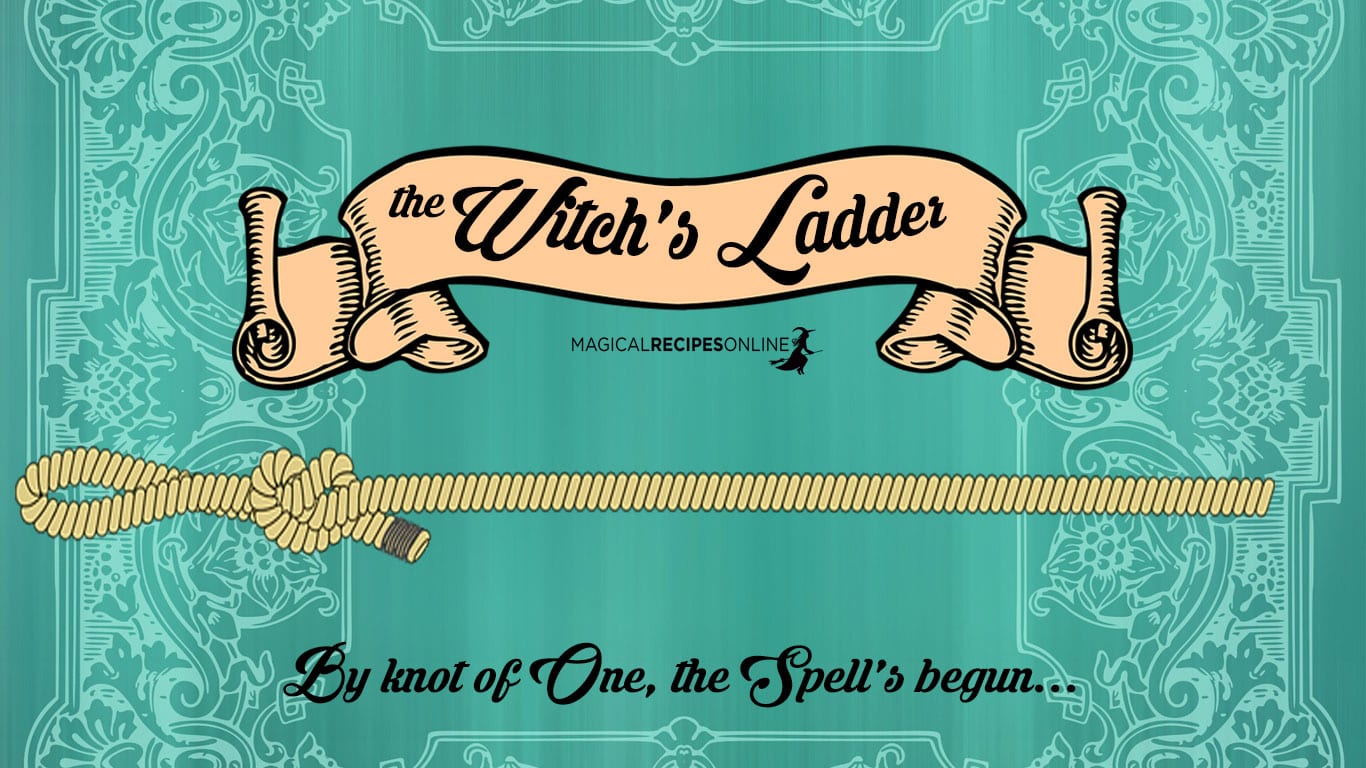 A Witch’s Ladder (also known as rope and feathers and witches’ rosary) is a Knot Magic practice. This ready-to-use magical “device” dates back to antiquity where witches were selling their “ladders” with diverse magical powers bound in each knot.

The most popular pieces of Witch’s Ladder were sold to Sailors for protection from the Sea and its creatures. They were also sold as a magical vessel where Winds were stored. Later could be used to help the ship and the crew have the Winds by their side. Allegedly in each knot, a wind was bound and once a knot was unraveled, a wind blew to aid the ship. Moreover, when Charles Godfrey Leland, the Author of Aradia, the Gospel of Witches learned about a Witch’s Ladder which was found in and old house located in Wellington (Somerset) along with other witchy stuff, he investigated and found that the witches in Italy used a similar form, called a “witches garland”.

How to Make a Witch’s Ladder

The Witch’s Ladder is one of the most powerful – although basic knowledge – in folk magic. It actually is a focal point where a witch “binds” a power in it to be used as desired in present or future. Furthermore, it usually needs one cord (string) whose colour depends on the Witch’s intention. For example, a blue cord can be used for protection and magic, a red one for love and passion etc. (Click here to see the colour correspondences of Candle and Knot Magic ).

An enhanced version uses 3 cords. One Black one Red and one whose colour also depends on the intention of the Spell Caster.  We advice you to use one cord when you begin using the Witch’s Ladder. It will make it easier for you.

A common example of a Witch”s Ladder is a a cord with 3, 9, 13 or 40 knots. Additionally sometimes other charms or enhancers like feathers, talismans or bones, and other trinkets are braided into the cord as symbols for a desired spell effect.

There are numerous traditions where a Witch’s Ladder is created one knot every special day (like Esbats – the powerful Lunar Days / Click here for more Lunar Magic and how to do spells according to the phases of the Moon ) or all overnight. In any way, spells are chanted, magical words are spoken or meditation is required during the creation process to activate the talisman to do its creator”s bidding. Moreover, according to old Witchcraft texts “At the tying of the last knot, all the energy is directed into the cord and its knots, with a final visualization of the object of the work. The power has been raised and is now “stored” in these knots in the cord.” Colles, A. A Witch”s Ladder” Folk-Lore Journal. Vol 5, – 1887

Now… let”s try the most famous version of Witch’s ladder. The one with the 9 knots.

The magic words are the following…

the Witch’s ladder can be used in such wonderful ways. To help you find peace, love, protection, summon the Winds and all Elements etc. In conclusion, it is a great way to practice and enhance your magic!

You may want to use a special incense which corresponds to your intention. Do so and empower furthermore your Witch’s Ladder. Now keep your Witch Ladder in a safe place, like your Magical Altar where all magic is held (click here to see how to make a Magical Altar).

Use the Witch Ladder for benevolent purposes to benefit yourself and others. Hence, do not use it to force your will into another living human. This is black magic and always backfires… a lot. After all, the Witch’s Ladder can be used in such wonderful ways. To help you find peace, love, protection, summon the Winds and all Elements etc. In conclusion, it is a great way to practice and enhance your magic!