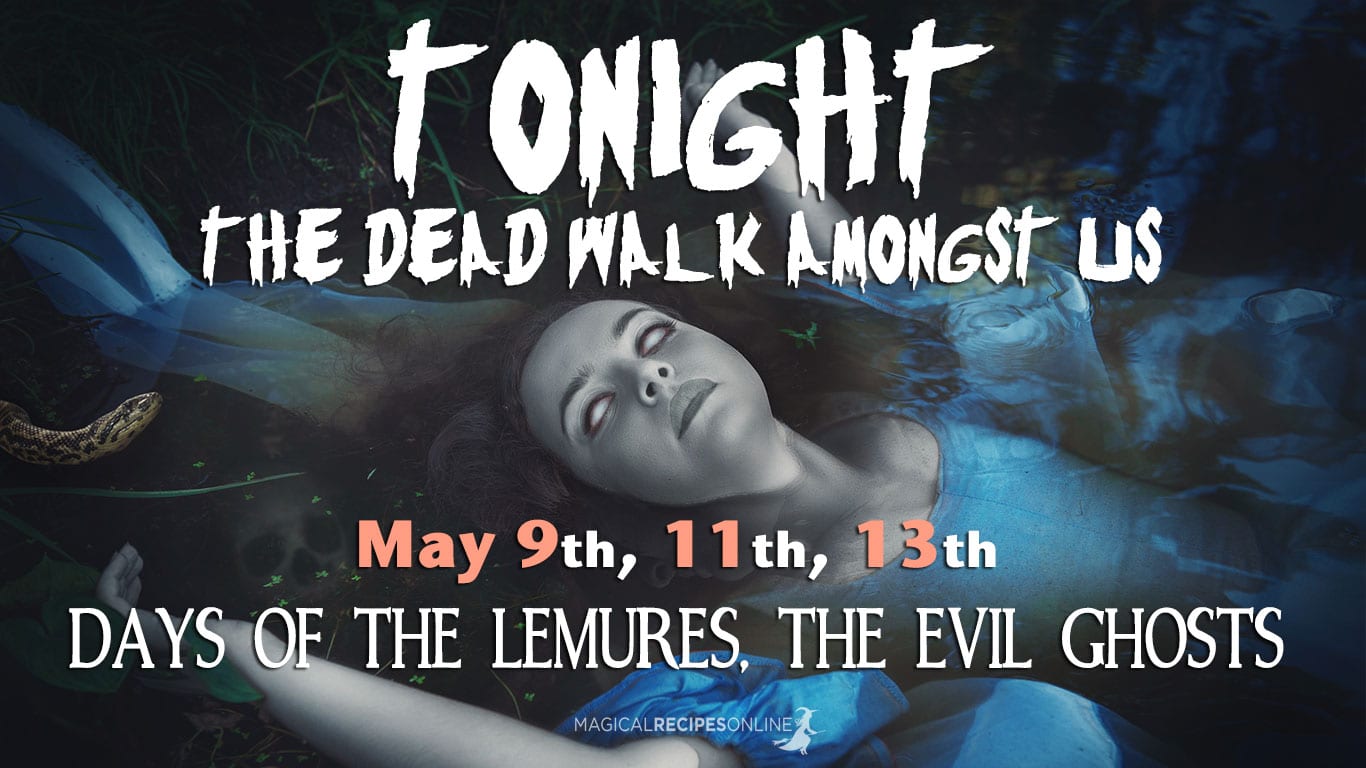 Lemures and Lemuria. Countless stories of vicious ghosts and maleficent spirits of the Dead who hunt the living have filled books, novels and gothic fairy tales since the beginning of mankind. Ghost stories and poltergeists do not haunt only the latest movie industry, but their scary voices echo back from millennia of documented history.

Who are the Lemures?

The core belief that human soul endured physical death was vital to the Ancient Roman Empire which most belief descend from the Ancient Greek Civilisation. Lemures (plural) are the shadows of those humans, their vicious Ghosts who hunt the living. They where believed to be dead Ancestors who either did not enjoy proper burial and/or mourning, or for other reasons they hold grudges against their living descendants. Lemures where thought to wear scary masks in order to terrify their targets.

Lemures, is a word which comes from the Greek word Lamia. Lamia was a gorgeous Queen of Libya according to the ancient Greek Tradition who flirted – if not more – with the King of all Gods, Zeus. Hera, the all mighty Queen of the Gods, was jealous and hid her children. Lamia, was furious and begun to devour male infants, thus transforming her into a scary vampiric monster. (Click here to check if you are already a victim of these entities! )

How can one be protected by Lemures?

Lemures, are also believed to be Vampiric creatures, shades of the humans who once lived, motivated only by hatred and envy, ready to devour – as Queen Lamia – the energy and the joy of those who were targeted. Having said that it comes with no surprise that Lemures are featured in many Books of Shadows and Grimoires. In the Grimoire Daemonologie written by  King James I of England we read: “…nowe I returne to my purpose: As to the first kinde of these spirites, that were called by the auncients by diuers names, according as their actions were. For if they were spirites that haunted some houses, by appearing in diuers and horrible formes, and making greate dinne: they were called Lemures or Spectra.”

The Latin poets and authors Virgil and Ovid mention these spirits. In Goethe’s Faust, a chorus of Lemurs who serve Mephistopheles dig Faustus’ grave.

It must be noted, the Lemures are the negative equivalent of Lares, the benevolent guardian Ancestors who were believed to bring luck and healing to the ones who respect and honour them. St. Augustine describes both the lemures as “evil and restless manes that torment and terrify the living”… lares, on the other hand, are good manes. In this way, St. Augustine, “christianised” the ancient belief of Lemures and Lares. Read here all about Necromancy, the Land of the Dead and how to summon your Guardian Ancestors.

In ancient Rome, it was believed that during May the 9th, 11th and 13th Lemures walked on Earth thus they held Lemuralia (or Lemuria), rituals and private rites dedicated to the placation and / or banishment of these entities.

It must be noted, the Lemures are the negative equivalent of Lares, the benevolent guardian Ancestors who were believed to bring luck and healing to the ones who respect and honour them.

So during the 9th, 11th and 13th of May make an offering to the Dead (see here all about the offerings) in order to honour them while you are also protecting your home and family from the negative spirits. Moreover, light a white candle and call upon your Guardian spirits and protectors – never leave a candle unattended / always use fire-safety measures.

You might also want to burn some Peppermint (preferably along with sage) on a charcoal – as the scent of this herb is believed to cure vampiric effects and drive away evil spirits of this kind. You might also want to pray to Archangel Michael or Raphael or any other entity or deity or your choice.

PREVIOUS7 tips for Magical Growth and Progress
NEXTAre you a Rainbow Witch ?