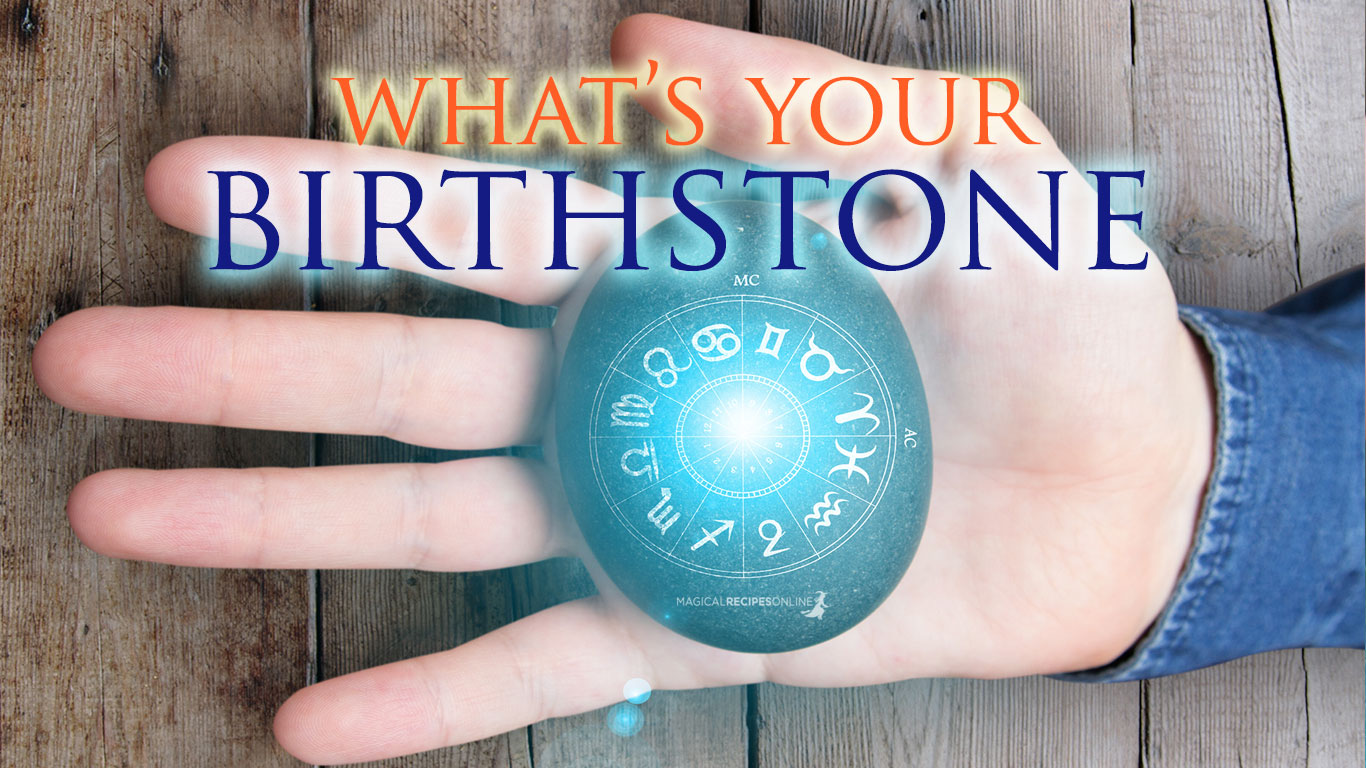 Birthstone – Anything You Might Want To Know! We’ve all heard of birthstones and come across them at some point, and with this article I am going to look at birthstones in general but also look where the concept came from and what kind of magic van be woven using birthstones.

What is a birthstone?

Birthstones are precious or semi-precious stones and crystals that are associated with the month that you are born or your zodiac signs. Each crystal has its own powerful metaphysical properties, and while in the corresponding month these properties are amplified giving them a little more oomph.

Where and when did birthstones originate?

The concept of birthstones has been around for a very long time and initially were given as gifts to bring good luck on the day you were born. In Tibet, a type and a type of healing from India called Ayurvedic birthstones have been used, studied and taught for thousands of years. The Traditional birthstones as we know it has been used since the 15th Century, however the modern birthstone list was first created in 1912 by the American National Association of Jewellers in an attempt to bring a standarised list for jewellers.

Another list was created and adopted in Britain in 1937, and while there have been additions to the list in 1952, 2002 and 2016 there hasn’t been a complete overhaul of an existing list or the creation of a new list since 1937.

In 1952 the American list was updated by adding Alexandrite for June, Pink Tourmaline for October and Citrine for November.

Later, In 2002 the American was once again updated by adding Tanzanite for December.

In 2016 the list was updated once more by adding Spinel for August.

May – Emerald and Chrysoprase

The term birthstone is sometimes used as a synonym for birth day stones (click here to see what the day of your birth means). Each day of the week has its own associated crystals which are separate from the stones associated with each month.

Each month of the year has characteristics that each month has which correspond to why those certain crystals and stones have become associated with that month.

Month and their Qualities

May – fidelity, goodness and love

Birthstones can also be found in 3 of the popular world religions too.

In Jewish tradition, there was once a connection between the months of the year, the signs of the zodiac and the twelve stones that appeared on the ceremonial breast plate of the high priest; and this breast plate was believed to represent the twelve tribes of Israel. Back in the 8th to 10th centuries these stones were also associated with the growing Christian movement and the twelve apostles and their names would be engraved into the stone with their virtues. In those times, all of the stones were kept and one stone was worn during the corresponding month. The tradition of only having one stone is actually a relatively new custom, and the stones that we use today have very few similarities to those of Jewish customs.

Birthstones can also be found in Hinduism, in a text called the Mani Mala, but I can’t find much information on this outside of the months and their associated crystals.

Moreover, the twelve foundation stones not only carried the name of one of the apostles and encrusted in gems. But they were also given specific qualities. The crystals relate to the qualities of Jesus Christ, and qualities he taught.

Stones and Qualities of Christ

Chrysoberyl – Excellence of his Divine Nature

Beryl – Control of the Passions

PREVIOUSBurning Frankincense is Antidepressant
NEXTChoose an Eye – See what it means