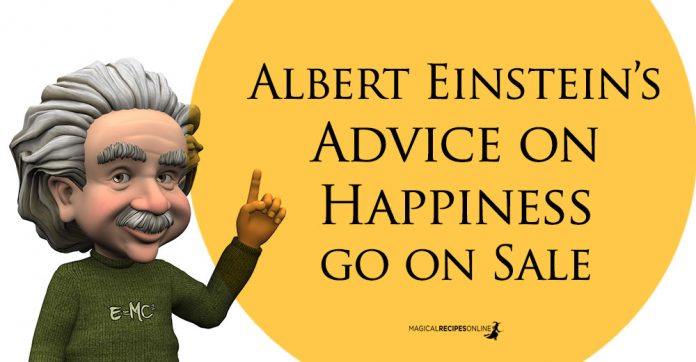 Two 95-years old – handwritten notes of Albert Einstein go on sale. We could say that they both briefly summarise his thoughts on life and happiness. The notes were written right after he was informed that he did won the Nobel Prize. By that time, Albert Einstein was working in Berlin’s University when he decided to take a trip to Japan. He scheduled a series of lectures about science and more.

The theoretical physicist, who is widely known for his revolutionary theory of Relativity, was on a lecture tour when a courier met him in his room in Japan to deliver him a message. Einstein was staying at the ‘Imperial Hotel’ in Tokyo. When he anticipated that he did not have any local change available, he decided to tip him by giving him these two notes. He also said that ‘these could become more valuable in the future’.

What are Einstein’s teachings about life and happiness?

The first note, was written on a official Imperial hotel’s sheet which actually bears the logo of Imperial Hotel. There here proposes that…  ‘a quiet and modest life brings more joy than a pursuit of success bound with constant unrest‘…

What an amazing thing to say. The same message could be said by Buddha yet this was told by one of the most respectable scientists of all time. But the other one was much more powerful and … magical!

The second message, was scrawled on a plain piece of paper reminding us: ‘Where there’s a will, there’s a way‘ !!!

Although these messages bear no scientific knowledge they actually outline Einstein’s philosophy for life and happiness. It gives a broader spectrum of his ethical and spiritual values. Einstein was not a scientist who did not believe in anything other that what he saw of tasted. There are many historians who claim that his work was actually inspired by ancient scientists and alchemists.

These two handwritten notes will go on sale tomorrow, on Wednesday, at the Winner’s auction house in Jerusalem. 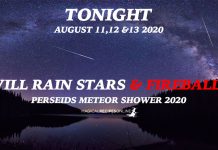