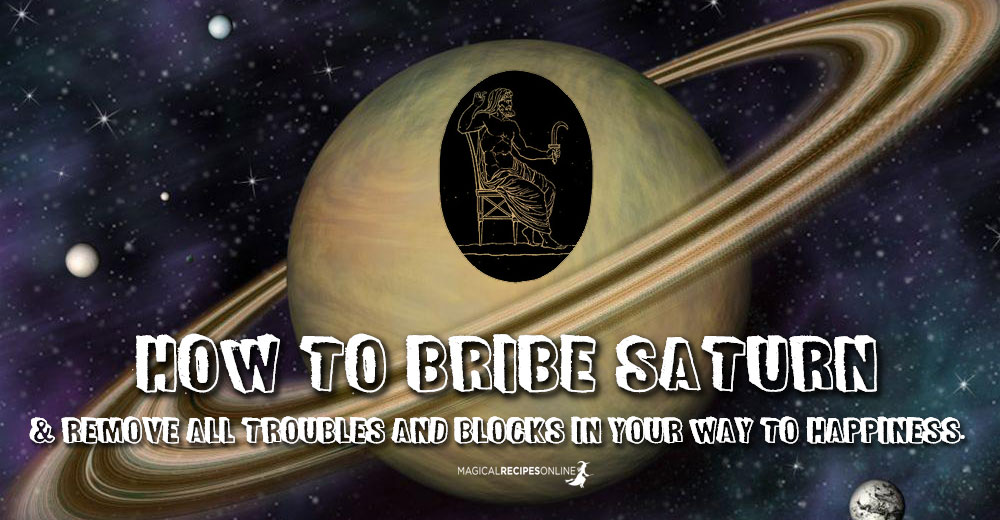 Saturn and the Western Astrology:

Saturn is one of the strict teachers in astrology, the most famous, or infamous, and probably the most powerful as well. Many, even amongst those knowing nothing else about astrology, fear Saturn and its “malevolent” influences.

I want to remind that Saturn’s influences are neither malevolent, nor evil, in any possible way. Yes, they cause us troubles, difficulties and inconveniences, but they are lessons. Lessons we haven’t learn the good way, so they are presented to us the bad way. If we had learned these lessons in our own, then the passing of Saturn through a zodiac sign or astrological house would be only beneficial. Even when we are trying our best to deal with Saturn’s influences and bad luck, unsuccessful as our efforts may seem at the moment, this generous teacher will reward us with plenty of blessings. Usually, after it changes its position.

Western astrology, even since ancient times, distinguishes the planets from the Gods of the same name. As so, there are a few, if any, spells to bend their influences in our lives. It is an unavoidable fate we have to face. I have come across spells to change your birth’s zodiac sign, but none for persuading a planet to be good to you. By the way, these spells to change your birth’s zodiac sign, if you succeed in casting them, they will have more adverse effects than benefits, so I strongly advice to avoid meddling with such spells.

On the other hand, Vedic astrology doesn’t distinguish the planets from the deities ruling them. It is as if, the celestial body is a natural “statue” of the deity, set there to let humans know of the will and intentions of the deity. Therefore, pleasing the deity ruling a planet, will cause the malevolent influences of the planet to cease, or at least be reduced, and the beneficial ones to become stronger. And, of course, there are plenty of such methods in Vedic astrology and tradition. Saturn is not an exception.

So, in times like these when Saturn is very active, and not in a beneficial way, we may employ a method like this to persuade Lord Shani, the deity of Saturn, in order to receive only his blessings, and in a pleasant way.

According to the Ramayana, Lord Hanuman once rescued the Navagrahas, the deities ruling the planets, who were imprisoned by the demon Ravan, who wanted to force the planets to be in the best position while his son would be born. Lord Shani was the one suffering the most, as he tried to “cast” his misfortune on Ravan, but he was caught doing so. Lord Hanuman went to rescue Lord Shani and the Grahas. In order to do that, he took Lord Shani on him, despite Lord Shani warning him of the misfortune he would have to face. But, Lord Hanuman was fully unaffected by the inauspicious energies of Lord Shani, and, of course, he managed to win the battle and rescue the deities. Then, Lord Shani promised Lord Hanuman that he will never cause problems to Hanuman’s devotees.

How to please Lord Hanuman:

The colours favoured by the God are orange and red. There is no actual day of the week devoted to Hanuman, but Tuesday and Saturday are considered the best days to initiate a procedure to please him. But, it is said that there is no day of the week which is inauspicious to start such a procedure. So, do as it is most convenient for you.

The simplest way to please Lord Hanuman is through chanting one of his mantras. Try one of these two:

Chant the mantra for 108 times (one mala) daily, preferably starting on a Saturday or a Tuesday. Better yet, offer red or orange flowers to the God. Offer incense to him. A flowery incense will work best, but do according to your beliefs.

What to expect from the procedure:

In any case, doing this procedure will help you, according to Vedic Astrology, to persuade Lord Shani, or Saturn, to hold his inauspicious influences and offer you only his auspicious ones. Even more, Lord Hanuman’s mantras will help you remove all troubles and blocks in your way to happiness. Even those unrelated to Saturn’s influences. The effects of the evil eye and even of demons can be removed too, according to the belief. It will also help us overcome our fears and be victorious in every endeavour of ours.

For how long should you keep chanting the mantra? There is no real limit. The more the merrier. But, 7, 21 or 40 days would be advisable. You can also chant the mantra for 21 consecutive Tuesdays or Saturdays, instead of 21 consecutive days.

There are, of course, many, more complicated, ways to invoke Lord Hanuman’s blessings, but for overcoming, or subduing, Saturn’s influences, this method will suffice.

So, that’s it. Have fun and enjoy a blessed and Saturn-free life.