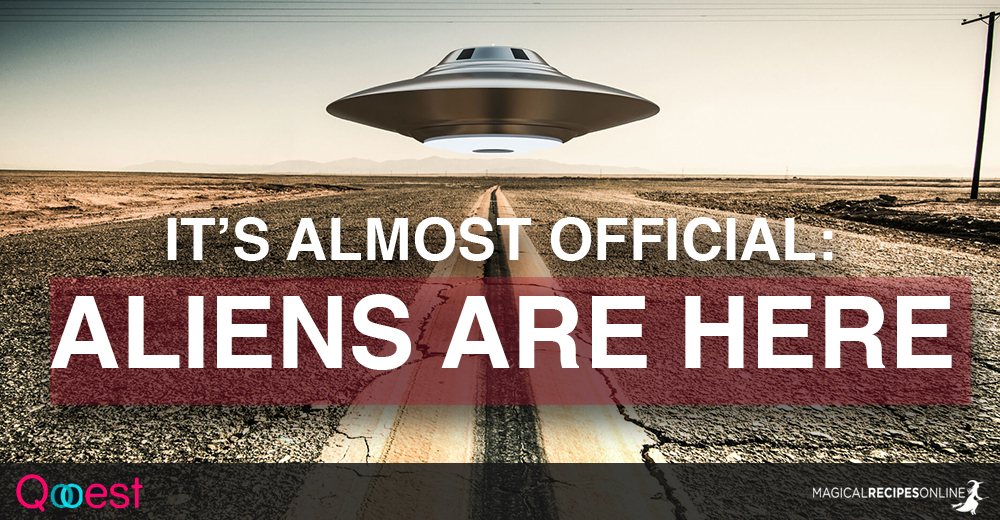 The United States Government has been (?) running a multi-million dollar program to research and investigate sightings of Flying Saucers or any other Unidentified Flying Objects (UFOs) according to the New York Times. It’s almost official. Aliens are here.

What’s even more important is that this program was running under everyone’s nose. Only few of the ‘elite officials’ knew about this multi million dollar investigation. The research program was initiated in 2007 and was – reportedly – finished 5 years later in 2012. According to the same source, American pilots witnessed peculiar flying objects which seemed to defy the laws of nature and gravity. God knows of course, how many more of them are still running…

‘It’s certainly advanced technology’, lights ahead from todays knowledge. Although sceptics still (!!) raise objections, declassified documents from the investigation insist on unexplained sightings of aircrafts reaching unimaginable speed, hovering like there’s no gravity. What’s this amazing Genuine footage with a Real UFO. Recorded by an American pilot talking to his crew.

As CIA recently released millions of declassified documents, we were stunned that the Agency knows all about Psychic Powers.Later, we came across with the ‘Advanced Aerospace Threat Identification Program‘. As BBC reports, this top secret program was ‘the brainchild of Harry Reid’, a retired Democratic senator who was the Senate majority leader at the time. Mr Reid stated that “I’m not embarrassed or ashamed or sorry I got this thing going. I’ve done something that no one has done before.”

Few hours ago, Mr Reid tweeted that “the program was a serious effort to get to truth amid plenty of evidence to support asking the questions”.

If anyone says they have the answers, they’re fooling themselves.

We don’t know the answers but we have plenty of evidence to support asking the questions. This is about science and national security. If America doesn’t take the lead in answering these questions, others will.

Well, I bet there are few still who don’t believe that UFOs are real despite charlatans and fake footage. Thousands of people have seen again and again amazing phenomena.

Why Now? Are they trying to distract us with something as big as Alien because they are now hiding something even bigger?