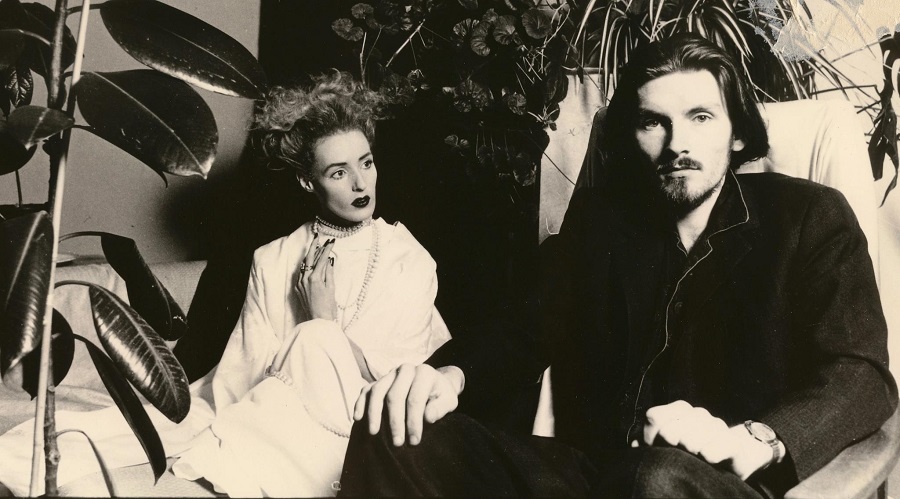 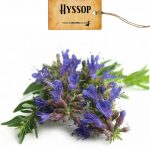 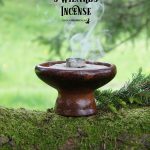 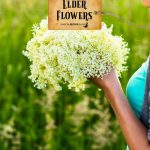 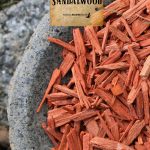 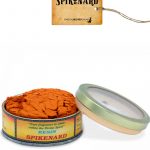 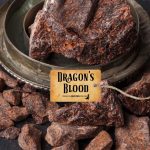 Music is essential, and we know that. It is the most powerful fashion of non-verbal art to express the ineffable. That is why music is so closely interwoven with religious practices and mysticism.

Still, not all music is similarly capable of inspiring deep and sincere spirituality. The music industry is on the one hand mostly about ‟entertainment” and brutally commercialized. On the other hand, certain examples of ‟spiritual” and ‟new age” music sometimes sound too superficial.

Dead can Dance is a legendary band of both paramount musicianship and spiritual depth. The band was formed in 1981 in Melbourne by Lisa Gerrard and Brendan Perry. In 1982 the two musicians relocated to London where they signed for the alternative post and gothic rock label 4AD that had released albums of bands such as Bauhaus and Cocteau Twins. The two musicians will collaborate with several others, but they will remain the core of Dead Can Dance. Along with their compositions, their voices characteristically shaped their musical landscape. 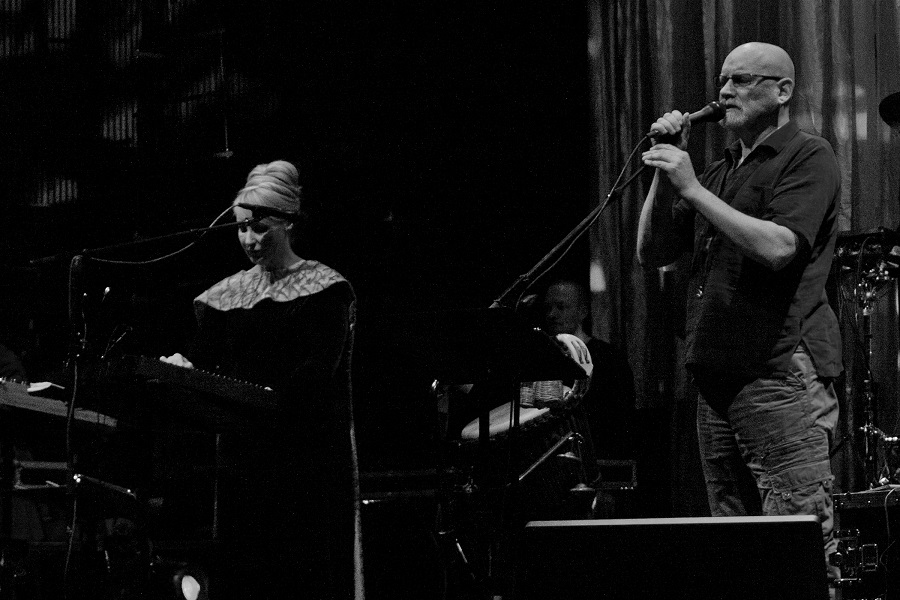 The group’s debut album, named similarly Dead Can Dance, was released in February 1984. At this very beginning band’s musical style could be described as post-punk, gothic rock, dark wave, ethereal wave. Along with the guitars and other rock instruments Lisa Gerrard added the yangqin, a Chinese version of a hammered dulcimer with roots going back to Persia. As we read in label’s site:

“The band’s debut album featured a ritual mask from Papua New Guinea, to mirror the reasoning behind the band’s name, which was written on the cover in the Greek characters ΔΞΛΔ CΛΝ ΔΛΝCΞ. Perry: “The mask, once a living part of the tree, is now supposedly dead. Nevertheless, it has, through the artistry of its maker, been imbued with a life force of its own.””

From the album, I personally adore the fifth track called Ocean. It is dark with Gerrard howling all along like singing a prayer or casting a spell.

Their second album called Spleen and the Ideal, a title deriving from 19th c. symbolist ideals. The album abandoned the e-guitars and made a leap towards its unique style. But the evolution was not only musical but also spiritual, as the lyrics of the wonderful “Enigma of the Absolute” reveal:

“Saloman hung down her head

Laid bare her heart for the world to see.

She craved for intimacy.

Through darkened doors her aspect veiled with indecision, gazed out sea.

“We’ve had our rock’n’roll experiences,” said Gerrard in 1987, “but it’s not something we’re talking to at the moment. We’re talking to other things, to rhythms we don’t understand, or that we want to learn about in order to communicate with them.”

The third studio album of Dead Can Dance had the powerful title Within the Realm of a Dying Sun. The album acquired a symbolic status among the Gothic community although actually the band aimed at something wider than that and wanted to break beyond the post-rock and gothic stereotype. The music in this album has ceremonial and religious undertones and it is the beginning of their spiritual journey.

Lisa Gerrard said about this album: “In the past year, we’ve come to terms with many losses of friendships and very personal things in our lives, and I think our music is reflected in that. The best example is ‘Dawn of the Iconoclast’. It was like a cleaning-out process, of this bitterness and darkness in our lives, and our displeasure with humanity. It’s a series of images, and breaking those images that control people, to call on the monster and send it on, to remove it. The implication of intensity and anxiety that builds to a climax which is dispersed by the bass drum, and the overspill of reverb… it’s a celebration.”

But for me as an author of this article, my beloved song is Xavier, a hymn to woman and a dialogue with the concept of the Ancestral Sin, as the lyrics reveal:

“Deep in the heart where the mysteries emerge

Freedom’s so hard, when we are all bound by laws

Etched in the scheme of natures own hand, unseen by all those who fail

In their pursuit of fate.”

The Serpent’s Egg is the fourth studio album of Dead Can Dance. It was released in 1988 and it departs from the melancholic style of the previous album while it manifests the classical and baroque influences on the two musicians. Lisa Gerrard and Brendan Perry were in a romantic relationship at that time. As a consequence, one may trace their connection in their music.

This is indeed a work of mediation and music artistry. It also revealed the ability of the band to compose soundtracks. As a matter of fact, the band wrote the music for Agustin Villarongas’ film “El Nino De La Luna” in which Lisa Gerrard also participated as an actor.

The ethnic elements in this album are dominant and their roots go back to the Mediterranean, the Balkans and Africa:

The next album was released in 1990 and it was called Aion, a term taken by the Platonic Philosophy referring to ‘life’ or ‘lifespan’. Perry and Gerrard were no more a couple. Still, the album bears hints to their connection. The album cover was more personal, despite the separation; a small section of the triptych The Garden Of Earthly Delights by 16th century Dutch painter Hieronymus Bosch. It was taken from the earth section, flanked by representations of Eden and hell, showing the ‘flower’ of a plant in the shape of a transparent bubble. The naked couple inside, said Perry, “reminded me of myself and Lisa transported back to the past in a kind of alchemical, alembic time machine.”

This is an album closer to European tradition and the spirit of renaissance. Thus, one can clearly decipher a whole philosophy of life both in music, in lyrics and in the whole message of the artists.

But there is also some feeling of vanity for mortal life:

Another season in this hell.

Its all sex and death as far as I can tell.

Chained to this rock of a brave new world,

And I feel thats all we’ve ever needed to know,

til worlds end and the seas run cold.”

The Passage in Time compilation album appeared in 1991. There were two new songs therein, one of which is Spirit. The song refers to the artistic and romantic journey of Gerard and Perry:

“I thought I’d found a reason to live

Only to find dreams made of sand

Would just fall apart and slip through my hands

But the spirit of life keeps us strong

And the spirit of life is the will to carry on”

The sixth album of the band was released in 1993. The concept of the Labyrinth was inspired by the Minoan civilization that flourished on Crete and other Aegean islands from about 2600 to 1100 BC and the mythic King Minos and of the Minotaur in the labyrinth that held it. The album was a commercial success as well as a novel amalgam of occidental and oriental music elements.

Their first live album entitled Toward the within appeared in 1994. It was recorded in November 1993 at the Mayfair Theatre in Santa Monica, California. Interestingly, it contained mostly songs that were not released before, such ae the wonderful “Don’t fade away” and “Rakim”.

The seventh album of Dead Can Dance appeared in 1996. In the meanwhile, Lisa Gerrard has released her solo album named The Mirror Pool after the African belief that making music brings you, “into contact with spirits from another place,” as she stated. “They say that this place is like a mirror of the world we live in…”.

The African Spirit was then influential on this Dead Can Dance album. Animism and Cult of Nature was reverberating through their music. Also in terms of composition, percussions played a major role whereas electronic instruments were not dominant.

After 1998 Gerrard and Perry separated their ways and new songs were released only in compilations. One of these songs is The Lotus Eaters. However, the band reunited in 2005 and started tours presenting concerts worldwide.

It was after 18 years that the duo composed a new album which one could say it is even their best one. Like a force gathered all these years, Anastasis is a musical masterpiece like nothing one could hear nowadays. Anastasis is a Greek word meaning “resurrection” and the allusion is fairly straightforward: the ability of the band was resurrected, and the message is basically the one of hope and endurance.

This was a very short summary of the history of this amazing band. Take some time to listen to their albums from the beginning to the end. You will definitely discover so many subtle spiritual nuances.

Anywhere Out Of The World: The Unique Vision of Dead Can Dance by Martin Aston

PREVIOUSChoose an Alchemical Symbol – See what Your Soul Needs
NEXTMemento Mori: What a bad trip on marijuana taught me about the fear of death