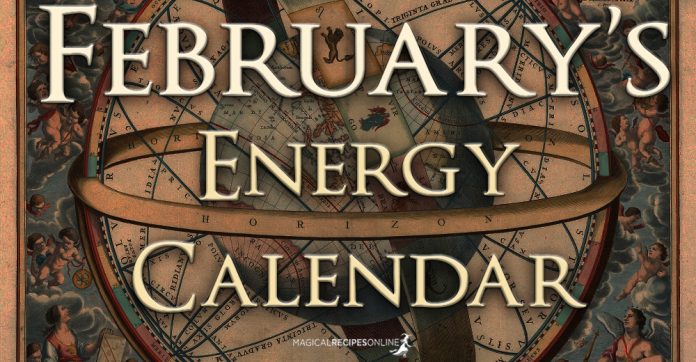 After the high and intense energies from the end of January, we begin to settle down into a semi-relaxed flow, because of Valentines day can be a little fractious and unnerving. Note this is not about the energy connected to the day, rather the enegies that have been created by today’s society, putting pressure on couples and making those who are single feel like they have failed, or are outsiders. Lets take a look at what February holds. February Energy Calendar.

NOTE: There is NO Full Moon this month

The times in this article are in UTC and if you’d like to find out what the times are for you, check out www.timeanddate.com