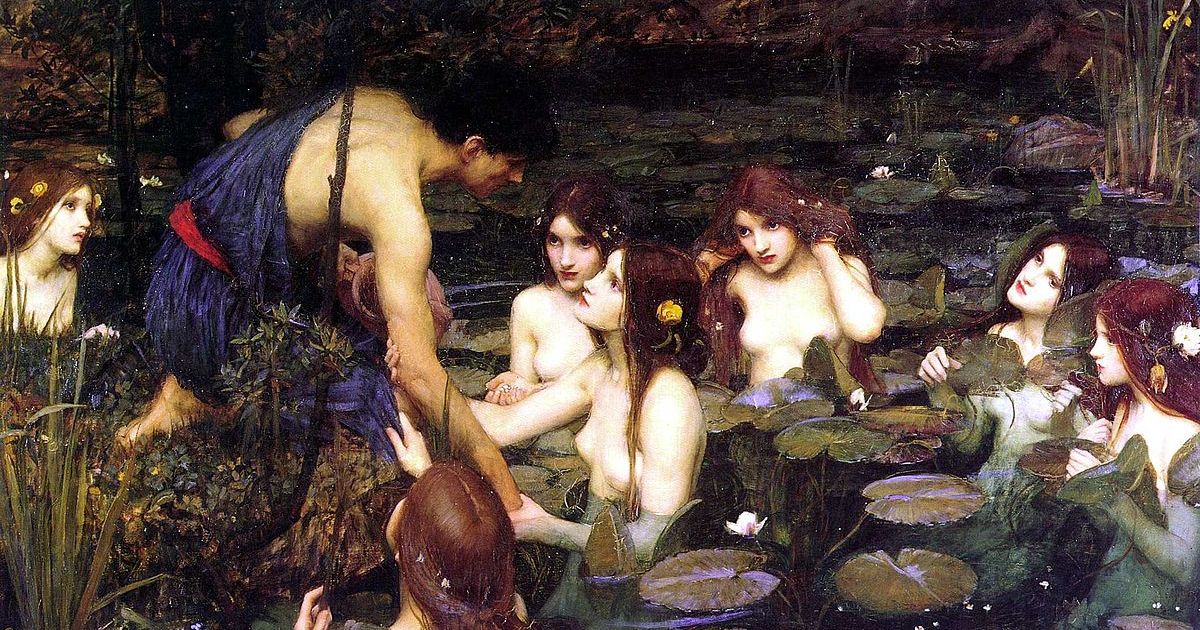 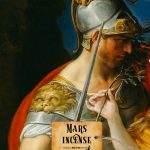 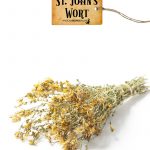 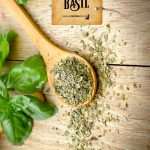 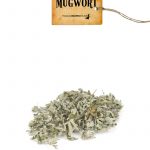 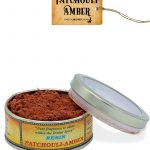 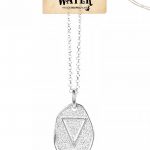 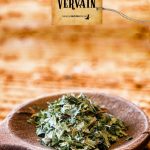 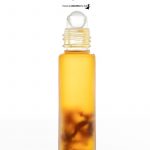 You may have already read the news: The Manchester Art Gallery decided one week ago to remove John William Waterhouse’s work Hylas and the Nymphs from its gallery. The painting, not a masterpiece but a beautiful and fairly recognizable work, belongs to the so-called Pre-Raphaelite School which is associated with Romanticism.

Hylas was the most handsome mythical companion and servant of the Greek hero Hercules. Because of his magnificent beauty, Hylas was abducted by the Nymphs (female deities of nature, indirectly connected with sexuality and joy). The mythological legend has inspired Western art and Waterhouse’s painting represent a paramount example.

But why should the Gallery remove one of its most celebrated works of art? According to the Gallery, the decision for this removal aimed at prompting a public discussion concerning the depiction of the naked female body.

Indeed, the reaction to this decision was global. Some found the idea provocative while others think it has been an excess of the political correctness movement. In any case, issues such as the sexual objectification of women, the role of art institutions such as galleries and museums, political correctness and censorship and the authority over evaluating what are the boundaries of sexism emerged.

In an opinion-article published in The Guardian, the writer and curator Gilane Tawadros points out:

“At a time when Britain is painfully reconfiguring its identity in relation to Europe and the rest of the world, and campaigns such as Black Lives Matter and #MeToo are exposing once again the fault lines of racism and sexism, we need cultural institutions to be self-reflexive, and critical about the mirrors they hold up. Now, more than ever, museums should be questioning themselves and their audiences.”

The gallery itself issued a press release and a corresponding facebook post. In this you can see the large variety of the responses:

According to some analyses of the work, Waterhouse does not intend to focus to Hylas but to celebrate the female eroticism:

“The central character of this story, Hylas, is not the main focus of Waterhouse’s painting. Instead, the viewer is drawn to the central Nymph. Not only does Hylas have his back to the viewer but Waterhouse has created this painting so that we almost feel like we are seeing the vision from Hylas’ perspective.

The inspiration for this type of perspective come from Waterhouse’s obsession with portraying a femme fatale.” 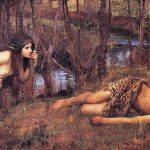 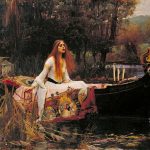 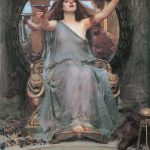 Circe Offering the Cup to Ulysses 1891

This would be a very difficult and long discussion. Yet, a first criterion that we should postulate is the differentiation between nakedness and nudity. The nowadays well -established distinction was drawn by Kenneth Clark in The Nude: A Study in Ideal Form (1956)

“The English language, with its elaborate generosity, distinguishes between the naked and the nude. To be naked is to be deprived of our clothes, and the word implies some of the embarrassment most of us feel in that condition. The word “nude,” on the other hand, carries, in educated usage, no uncomfortable overtone. The vague image it projects into the mind is not of a huddled and defenseless body, but of a balanced, prosperous, and confident body: the body re-formed.”

The problem of our time is that nudity is either explicitly or implicitly pornographic. This is the case even if it is presented as art. While we should consider eroticism as a sound manifestation of human sexuality, sexual objectification and oversexualization is a psychological obsession of our modern times. This is a point that has been put forward by Julius Evola in his work Eros and the Mysteries of Love: The Metaphysics of Sex in which he referred to modern oversexualization as a psychological phenomenon.

But is this a reason to ban all artworks that display naked/nude bodies? In fact, we should ban nothing, we just have to learn to appreciate what is worthy. And nudity and eroticism has been a part of art and religious practices since the dawn of history. Bear in mind the prehistoric matriarchal Mother Goddess. She is depicted as a “chubby” woman, a symbolic allusion to Earth’s fertility.

Similarly, remember the Minoan (Cretan) Snake Goddess with her breast exposed. These presentations were followed by the nude statues of classical Greek-Roman world that in turn inspired the whole Western art. And although monotheistic religions disfavor nudity, Christianity embraced icons and depiction of divinity under the influence of the ancient world. 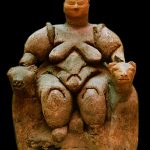 PREVIOUSChoose a mandala & discover your hidden magical power
NEXTIs your soul tired? How can you overcome it?