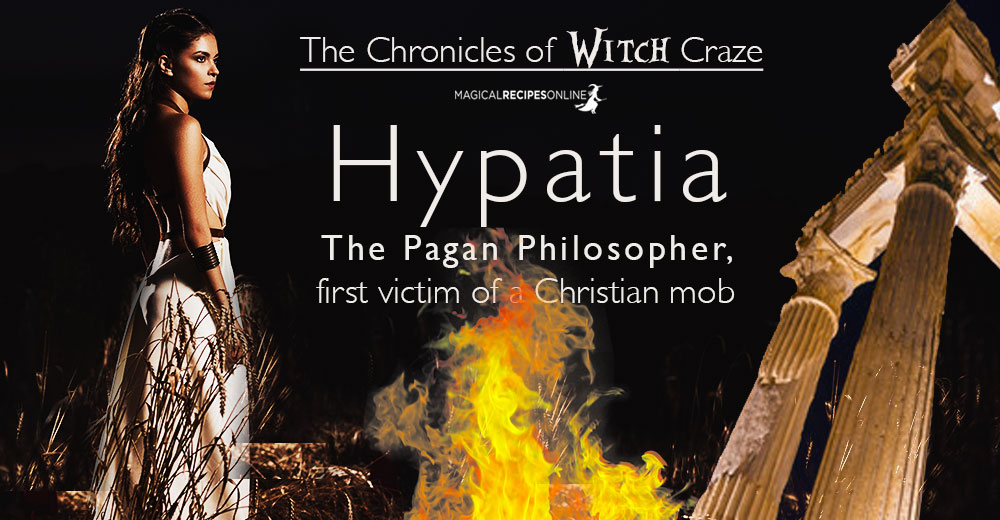 For many centuries what is today the Egyptian city of Alexandria (al-ʾIskandariyya in Arabic) was a cosmopolitan and vibrant centre of the Greek-roman world. The Greek Macedon king Alexander the Great founded the city in 332 BCE, after his conquest of Egypt. In the era of the Roman empire, the city was second only to Rome. Thanks to its Lighthouse, one of the wonders of the ancient world the city was renowned in the whole ancient world. However, it became a beacon of culture mainly due to its legendary Great Library.

This was founded the third century BCE. The library gradually declined until it ceased to operate altogether because of the Muslim conquest of Alexandria in 642. According to some writers, Caliph Omar ordered the burning of the library. His justification was that “If those books are in agreement with the Quran, we have no need of them; and if these are opposed to the Quran, destroy them.” However, we have to notice that this story appeared much later in historiography and it may have been fabricated. Besides, one of the main destructions of the Library happened when Julius Caesar involved in a civil war in Egypt between Cleopatra and her brother Ptolemy XIII in 48 BCE.

But it was not only the Great Library that suffered by history and the acts of men. It was also in Alexandria that one of the most prominent female philosophers and mathematicians of the antiquity suffered a horrendous death. Her name was Hypatia.

Hypatia was born c. 355 CE and died in March 415 CE. She was the daughter of Theon of Alexandria who was an eminent mathematician and astronomer. Theon was an important member of Alexandria Museum (Museum literally means the Seat of the Muses). He contributed to the preservation of the work Elements of the Greek geometer Euclid and he also he also wrote extensively, commenting on Ptolemy’s Almagest and Handy Tables.

His daughter Hypatia carried on his work in the most successful way.  Having received a systematic education in philosophy and mathematics by her own father, at the age of thirty she was already a leading figure in mathematics and philosophy. Given the era, this was of course a great success for a woman and definitely Hypatia was an exception in the late ancient world. Her father entrusted her with the direction of the Museum.

A mathematician, astronomer and philosopher

As an instructor, Hypatia promoted the knowledge of philosophy through the understanding of mathematics. She was an advocate of Neoplatonism, a school that reinterpreted Plato in a spiritual way. For Hypatia and other Neoplatonists, philosophy should lead to the understanding of the divine through the cultivation of virtues. Along with more theoretical issues, she wrote mathematical and astronomical comments and constructed plane astrolabes, hydroscopes and other devices.

The letters that were Hypatia received from her students show that they admired and respected her. She was also a beautiful woman. However, the correspondence to her reveal that she was a maternal figure for her students and the relationships that developed with them was one of “platonic”, philosophical love.

Sources mention that she was a dedicated virgin. The philosopher Damaskius wrote that she remained a virgin “because she was extremely beautiful and good- looking, a certain member of her inner circle of students fell in love with her. This student “was not able to control his lust” and made it obvious to Hypatia. there was a rumor, Damascius continued, that Hypatia used Pythagorean music to cure him of this unphilosophical yearnings, but the real story was much more impressive. Hypatia tried to cure this student with music, but when this failed, “she brought forth a menstrual rag.” This, she told him, represents the impurity of the body, and “it is this that you love, not something beautiful.” The young man then became ashamed and his soul turned its attention to more prudent things.” (Watts 2017: 75). 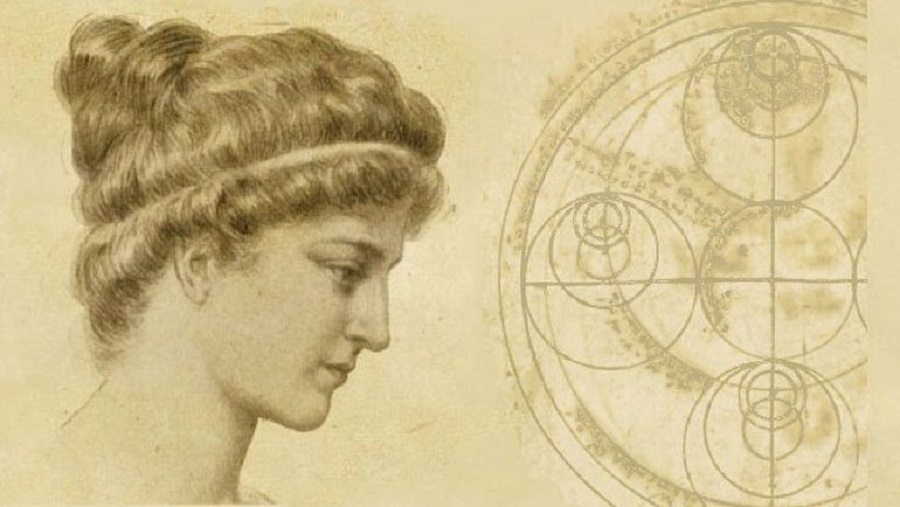 The female philosopher Hypatia as imagined by a modern artist

A thorn in extemists’ side

Hypatia was a moderate Greek-speaking pagan philosopher and scientist. She did not participate in political and other rivalries. Yet, her academic activity was enough to bring her into the center of religious conflicts of her time.

At the end of the fourth century CE, Alexandria was the stage of violence between christens and Polytheists. an important event that signifies the turning point and the decline of paganism in Eastern Roman Empire was the destruction of the Serapeum temple in 392 CE by followers of the Christian patriarch Theophilus. The temple was dedicated to Greco-Egyptian deity of the Sun Serapis and its edifice and function was associated with the Great Library.

Into this ambience, Hypatia tried to reconcile the opposite opinions. However, no logical voice could sooth the poisoned relationships . At the end, Hypatia became also a victim of these enmities.

In 415, the new Patriarch of Alexandria Cyril initiated persecutions against supporters of his rival for the position Timotheus. the Patriarch also closed all synagogues and confiscated the property of the Jews. The Roman governor of the region, Orestes, attempted to stop Cyril’s aggression against his opponents. In so doing, Orestes frequently consulted Hypatia because of her wisdom.

The indirect involvement of Hypatia caused furor among the supporters of Cyril. these believed that Hypatia influenced Orestes through magic and “satanic practices”. As the Egyptian Coptic bishop wrote:

“And in those days, there appeared in Alexandria a female philosopher, a pagan with the name Hypatia, and she devoted her whole time to magic, astrolabes and instruments of music, and she beguiled many people through her Satanic wiles. And the governor of the city honoured her exceedingly; for she had beguiled him through her magic. And he ceased attending church as had been his custom… And he not only did this, but he drew many believers to her, and he himself received the unbelievers at his house.”

these tensions led to dramatic events. During the Christian festival of Lent in March 415, a mob of Christian monks demonstrated in the streets of Alexandria. When they accidentally encountered her, they attacked her, they took her to a Christian church and they stripped her naked. Afterwards, they murdered her using roof tiles or oyster shells. Her violent death was not only a dramatic crime but also a disaster for the intellectual life of Alexandria.

The fanatical Christians believed that Hypatia was “bewitched”. What they meant was that demons had possesed her and she practised satanic rites. So, her death was probably the first one of a woman under the accusation of being a “witch”. And we know, how many victims these accusations caused in history.

Hypatia’s death shocked both moderate Christians and Pagans. Yet, the rift between them was not curable. Hypatia became a symbol of polytheistic pride, but also one of a dying world.

Along with her pagan roots, Hypatia was also a woman that was “audacious” enough to shine in a position that was dominated by men. therefore, Hypatia is a symbol of feminism that inspired numerous works of philosophy and art. the commemoration of her name is then a duty for the witches and all free spirits.

See also: Hecate: Goddess of Witchcraft and Patroness of all Witches

PREVIOUSTypes of Empaths And Zodiac Signs
NEXTBeing a witch is healthy (and sexy!)