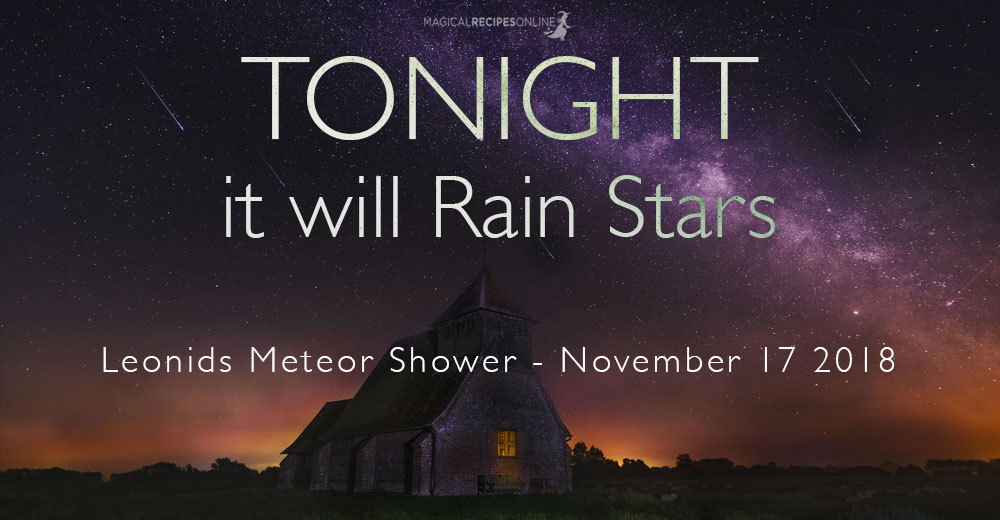 Witchcraft of the Stars has always been considered powerful and it dates back to the ancient Egypt and Mesopotamia. In fact, Star Magic is considered one of the oldest and most powerful forms of Magic. A Star Magician taps into the powers of the Stars in order to collect and direct the energy of the Stars. So let’s tap into the magic of Leonids.

One of the year’s most amazing celestial shows will peak this weekend when we will have the chance to observe the magic of shooting stars. The nights when we can enjoy the Leonid Meteor shower are between November 17 to 18.

However, these storms are a very rare phenomenon and this year, astronomers believe that we will enjoy about 15-20 shooting stars per hour… yet we can still hope for REAL MAGIC.

Weather permitting, observers around the world should be able to see the brightest “Leonids” streak across the sky from Friday night through Sunday morning.

Tonight though, on November 17 2018, not only Leonids will fill the sky, but also Mars leaves Aquarius only to enter Pisces. This major energy shift is illuminated by the falling stars making it a pretty spectacular event!