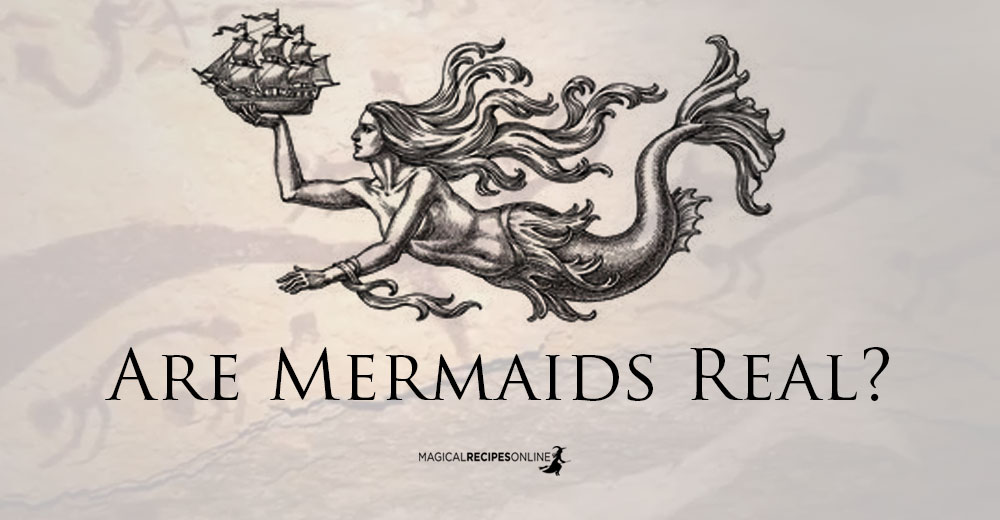 In all the Lore of Witchcraft, there are some creatures that have been enchanting our imagination and inspire us for many centuries. The sacred Phoenix, the Fairies and of course the Mermaids – to name a few. For some reason, much more people believe that Mermaids are real compared to other legendary creatures. Public polls always show a remarkable percentage of people who do believe in the existence of Mermaids – nearly 70% in Debate.org – which make us wonder. So, Are Mermaids Real?

When we hear about Mermaids, we instantly travel to the vast seas and the mysteries they hide inside. The truth is that only a tiny percentage of the oceans have been explored. Some actually believe it’s less that 5%. So what about the other 95%? But that’s not proof.

What about the ancient carvings inside of caves, depicting mermaids?

Did really our ancestors lived amongst mermaids? This is probably truth! As there are many ancient texts and artworks depicting or describing the mer-people. From different parts of the World, ancient Greece, Mesopotamia, Japan, they all seem to describe Mermaids in a very similar way! Well, to me that’s proof! 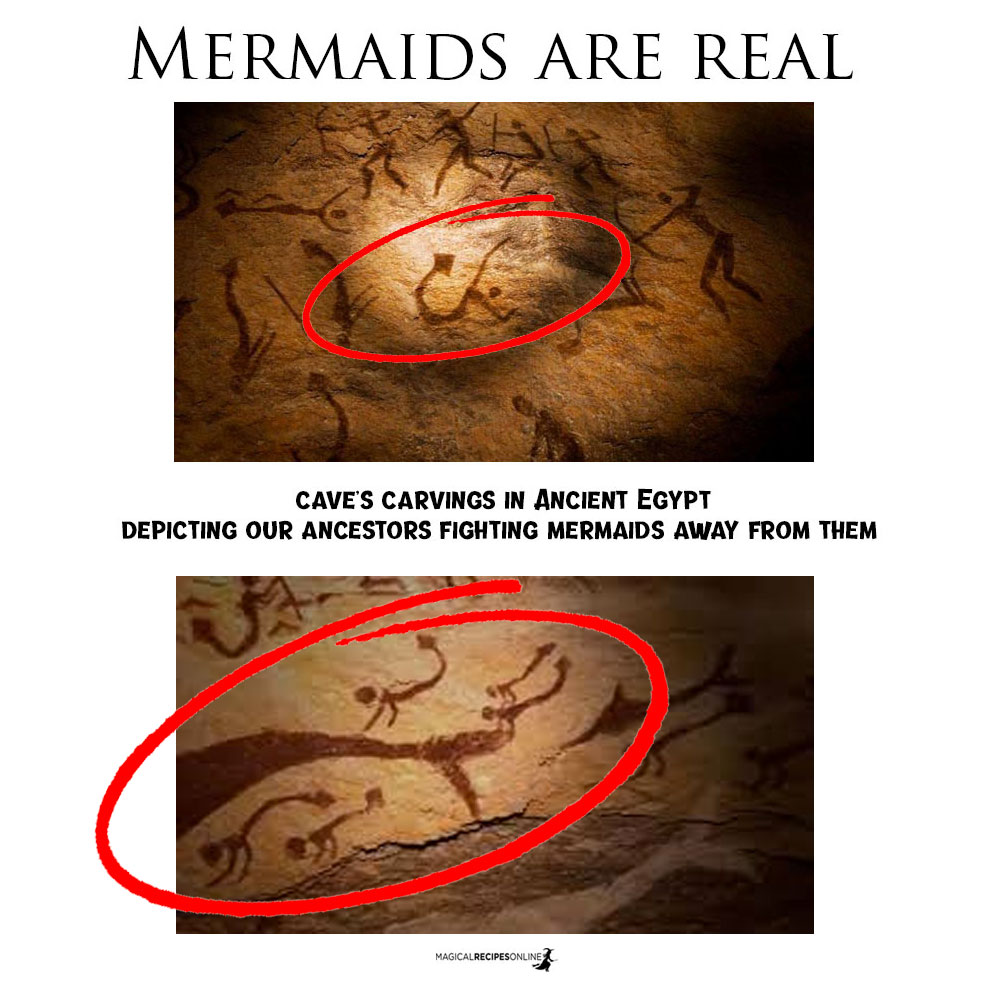 Merpeople are enchanting creatures which usually live underwater yet rarely come out of the sea or lakes to see meet with ‘land-walkers’. Merpeople are found in almost all civilizations. This is no coincidence. Of course these creatures are real, yet the choose to cover their tracks.

Poseidon and Gods of the Sea

In ancient Greece there were many gods and goddesses who were depicted as merpeople. The wife of Goddess Poseidon was also a Mermaid. Moreover, Greeks believed that the seas were full of creatures who were both human and fish-like. The nymphs of the sea are usually benevolent beings who love to sing and cast their spells over the waves. Sometimes, they even saved drowning sailors according to the ancient texts. However, there were some not-so-good mermaids called the sirens, who used to allure humans and drive them to their doom.

The Songs of the Seas (and their depths)

Actually, it’s not that uncommon to hear stories from sailors who have heard ‘the calling from the seas‘. It’s a song – not just a melody – coming from the deeps. Many describe it as the most beautifully haunting thing they’ve ever heard, something they can never forget. There are many documented reports from sailors in submarines during WW2, hearing songs from the deeps.

About 10 years ago, there was a ‘mermaid-craze’ in Israel which began in the small city of Kiryat Yam. Since then tourists visit this town in hope to catch a glimpse mermaids. But what has happened?

A mermaid is said to appear at sunset and after she plays, she vanishes again. One of the first witnesses, Shlomo Cohen, reported that, “…I was with friends when suddenly we saw a woman laying on the sand in a weird way. At first I thought she was just another sunbather, but when we approached she jumped into the water and disappeared. We were all in shock because we saw she had a tail.”

Similar sightings have been reported the last years in Mexico and California.

In 2016, panic spread in Chikanga – Zimbabwe as locals claimed that they’ve been assaulted by merpeople (a mermaid and a merman). It seemed that merpeople got scared (?) and attacked the humans. A school teacher reported to ‘lost her teeth’ after fighting with merpeople who dwelled in nearby river. Still, residents live in fear.

On 9 January 1493, Christopher Columbus described an encounter with three mermaids in his journal. While sailing off the coast of the Dominican Republic, the great explorer met with – not just one but – three amazing mermaids. He actually described what he saw in his personal journal.

Why are dolphins so Playful to humans?

Many believe that dolphins are so playful and helpful to humans because we remind them their best friends – the mermaids. Dolphins are bright enough to know that humans and mermaids are somehow related. This is why they are attracted by humans and are not violent to us although they are wild animals.