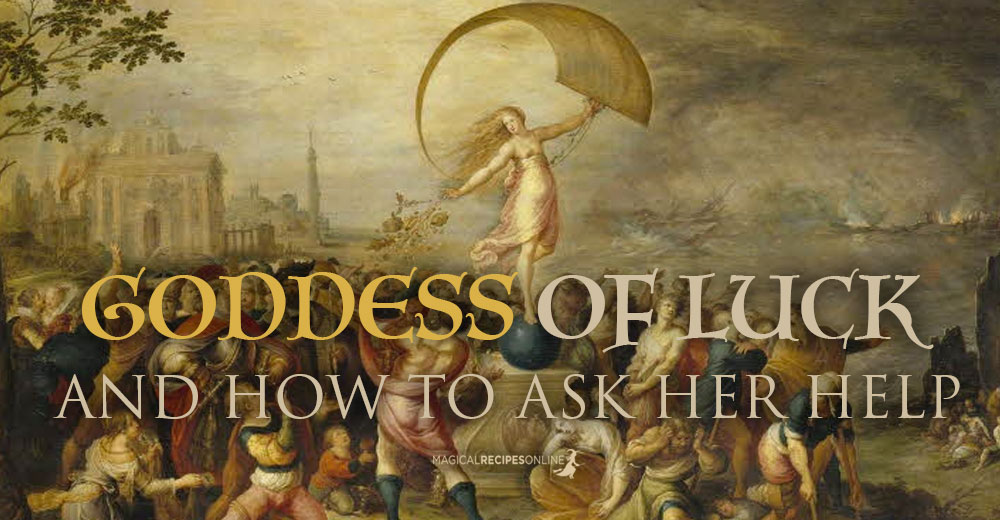 Who hasn’t asked for good luck? All human beings at some point realise the endless possibilities of their lives and instinctively or deliberately ask for divine  intervention … or some good luck! Well, there is a Goddess which is the personification of Good Luck as her divine name implies. Thus, let’s meet Tyche (Greek) –  Fortuna (Latin), goddess of Good Luck.

Let’s see some interesting things about this amazing goddess. She was the daughter of the primordial Gods of the seas, Oceanus and Tethys. Greek Tyche pro-exists her Roman equivalent. In fact, she was venerated by the greek empire of Alexander the Great in every major city. In Roman times, Tyche becomes Fortuna, who is also depicted as a magnificently beautiful lady, often holding an ear of wheat, an infant or cornucopia – the horn of Amalthea – where all the blessings come from.

Often coins and currency depicted Goddess Tyche/Fortuna in order to conjure her divine blessings and multiply the wealth to the state.

As already described, the Goddess of Luck has several symbols. Let’s see them all. You can use 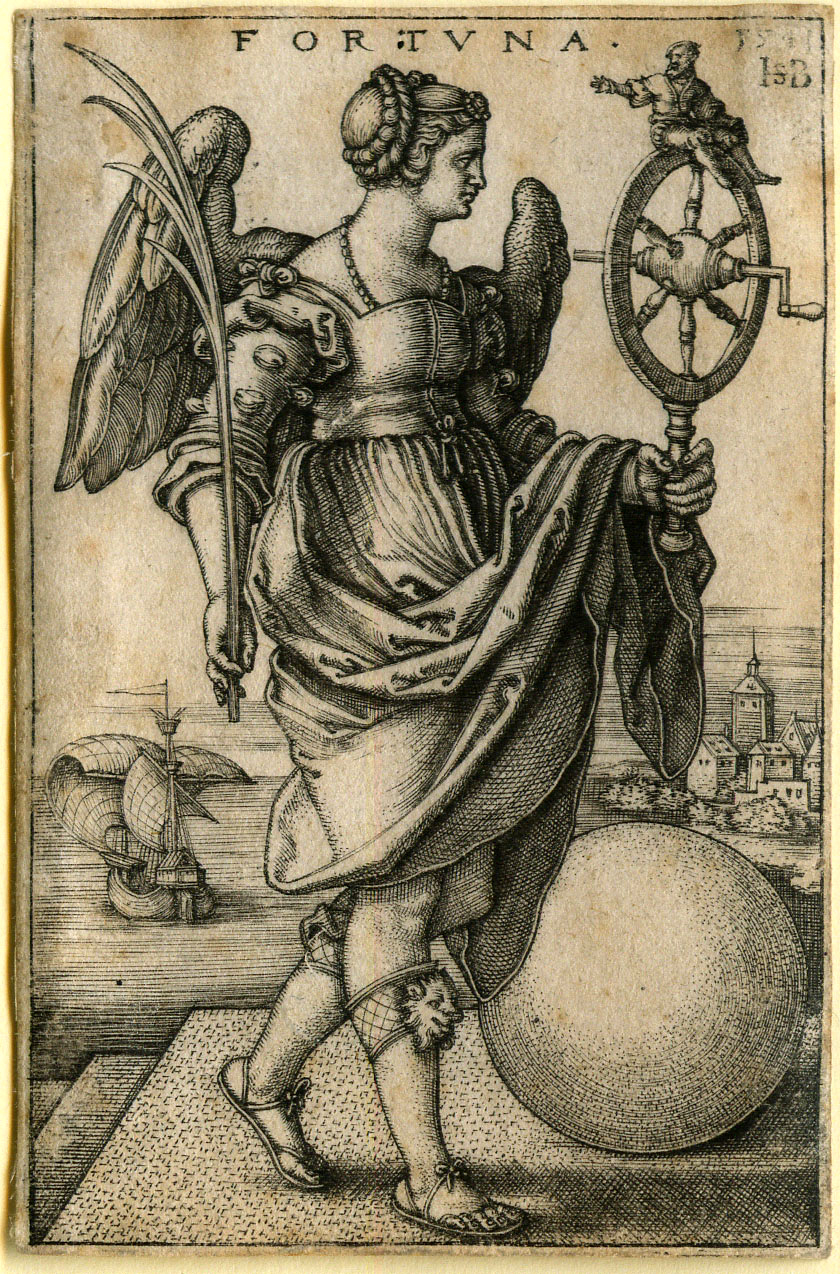 Spot the symbols of Fortuna. 1, The ear of Wheat, 2, the Wheel of Fortune, 3, the spinning globe and 4, the ship

This is the ultimate spell to call the Goddess as described by Orpheus and invoked by the ancient Priests and Priestesses. Call Goddess and offer her a Golden candle and optionally a symbol of the above (like a globe, or a ship miniature etc) or coins. Write a wish or a list of wishes – preferably with Dragon’s blood – fold thrice and put it under a fire-proof vessel. Now put on this vessel the Golden Candle and burn it while devoting some frankincense. Say the prayer thrice.

Come Tyche (Fortuna), with strong propitious mind and rich abundance, to my prayer inclined
Placid, and gentle Trivia, mighty named, imperial Artemis, born of Eubouleos famed;
Mankind’s unconquered, endless praise is thine, sepulchral, widely-wandering power divine!
In thee, our various mortal life is found, and some from you copious wealth abounds,
While others mourn thy hand averse to bless, in all the bitterness of deep distress.
Be present, Goddess, to we who worship you, and give abundance with benignant mind.