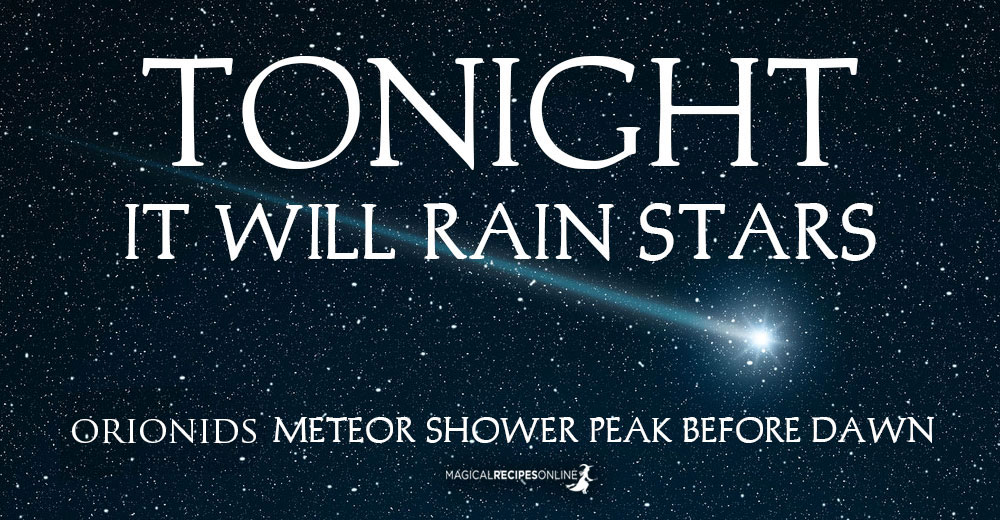 One of the year’s most amazing celestial shows will peak Tonight – prior Halloween. Tonight is the 3rd quarter of the Moon so the Light is not that intense to block the spectacular phenomenon. ! The days when we can enjoy the peak of Orionid Meteor shower are between October 20 and 23.

Astrology: Of course, this has its own astrological significance. The Meteor shower from Orion – Scorpio – Pleiades is usually a potent omen to be brave go after our goals. Tonight, is the third Quarter of the Moon.  Therefore, it’s a great day to wish you get released from what bothers you!