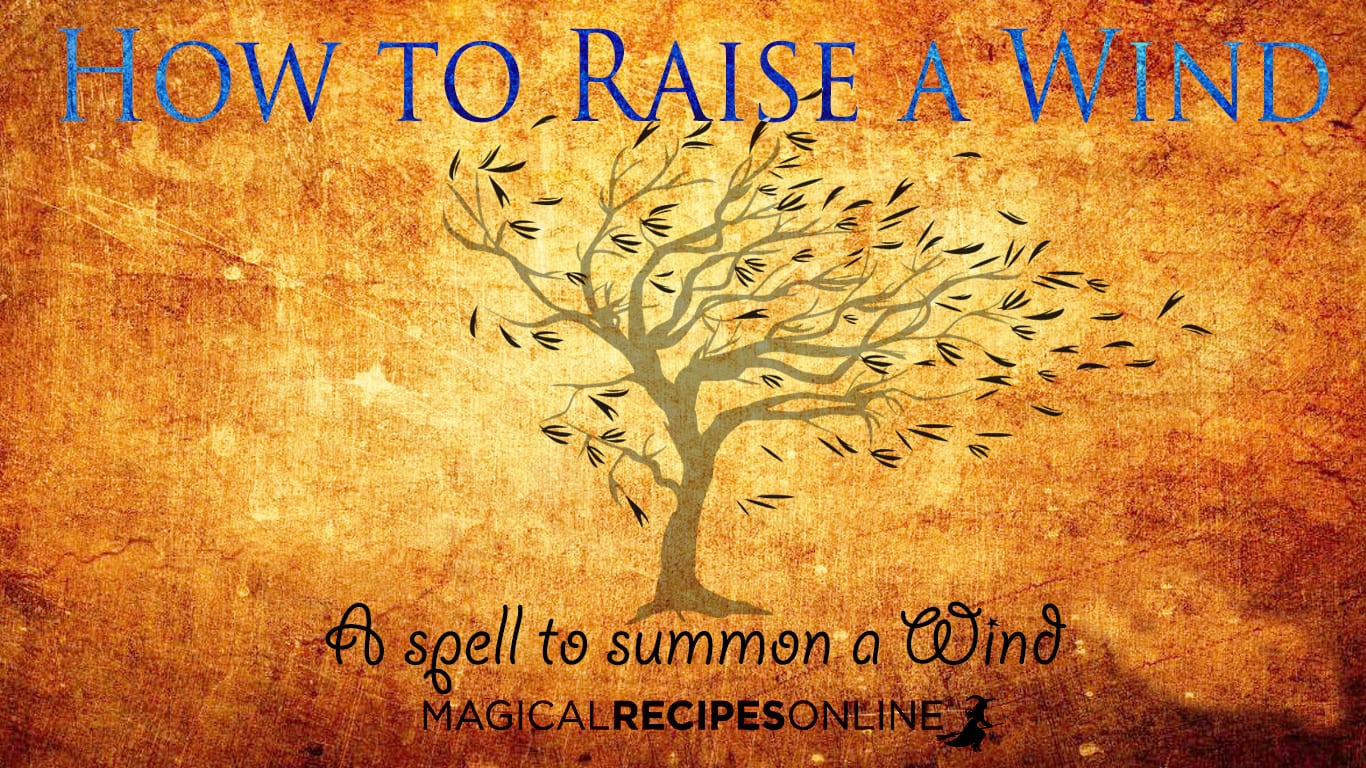 Raise and Summon a Wind! As an Alchemist, Elemental Magic is my personal favorite and I will try to provide you with information about the Elements and SpellCrafting on them. Every Element is associated with every day attributes. For example, Air is associated with Intelligence and Communication.

Air spells, like the following, are mostly associated with these attributes. For a witch/wizard/mage to tame an element may be a long-term procedure, but the key to unlock its powers is to try to understand and feel the qualities of each element. Most people have a tendency for one or more elements. As you have probably already noticed, I myself feel more comfortable with Fire and Air but this is not something good or bad. It”s just who everyone is! By your Natal astrological Chart and other means an alchemist can “Diagnose” your beloved element, or/and the element that misses more from you and you life.

How to Raise and Summon a Wind

To achieve the perfect balance one must be equally close to each element. This is something really difficult but by practicing elemental magic you will feel more balanced because each time you cast an elemental spell, in fact you energize this part of yourself that is associated with Air, Fire, Earth of Water, depends on what element you seek right now! For example, if you do the spell we gave you, with the Burning the bay laurel leaves your practice Fire Magic. So when you cast this spell you attune with the Reign of Fire. After a while, you will notice that you are going to need to cast, different elements” spells because actually you will need this element in your life, thus achieving more balance!

The North, the East, the South and the West Wind. All you have to do is know which wind blows right now!

By studying the elements you will soon start to feel them, to understand them, to suspect them underneath a certain action or human being. You”ll start to feel that a person for example might be fiery (could be Sagittarius) or watery (Cancer maybe ?).

Connecting with the power of the elements means connecting with our world, thus it gives us tremendous power. The power to Change ourselves, the Power to change the World. In the next post we will give detailed information about each Element and their associations. Every Spell given is simple Elemental spell utilizing mostly one element each time. Feel free to Try them again and again. Practice on them, then study more about the elements and practice them Again so you will empower them. Start with the Element you feel more close to. For me , it”s the Air.

HOW TO RAISE AND SUMMON A WIND!

Lore of the spell:Greek sailors especially the ancient ones claim that they always knew a couple of spells to invoke the Winds so the would blow for them. They were always simple and handy because they needed it also at times of war. This spell is really simple and it just requires Sand. Casting the simple Spell: Go on a sea shore with an empty Jar and fill it with plain clear fine sand for this is the only ingredient you need. Keep the jar secret and safe from sights. Store is for future use. The clearest and the finest sand, the better for the spell. Then go out and stand alone, (outdoors at first of course), face on the direction of the wind you wish to Summon. Face the East for example if you wish to Summon the East Wind.

Take a handful of the clear sand, and throw it to the air calling the name of the Wind, for example:

“East Wind!”  or if it feels better for you:

“East Wind Come,  I summon you with a Clear Heart!”

I advice you to summon the Winds by calling the name of the Greek Wind Spirits/Gods, so by counseling the chart the East wind is called Εύρος, Eúros: “Eúros!”

Read about the properties of the Easy Wind here!

Do this three times! (Thus you say the name of the wind thrice!) The Wind should be summoned. Once it”s summoned, ask him for his help and assistance. Talk to him. Remember the Oral Speaking is associated with the element of air, so is the rhyme spells. You can combine this spell with the East Wind spell or other wind spell that will be posted. First summon the wind and then ask his help! Practice makes us better. Meditate on the spell. Fear not. Go with a happy heart. Do the spell. Become a Wizard of Air.