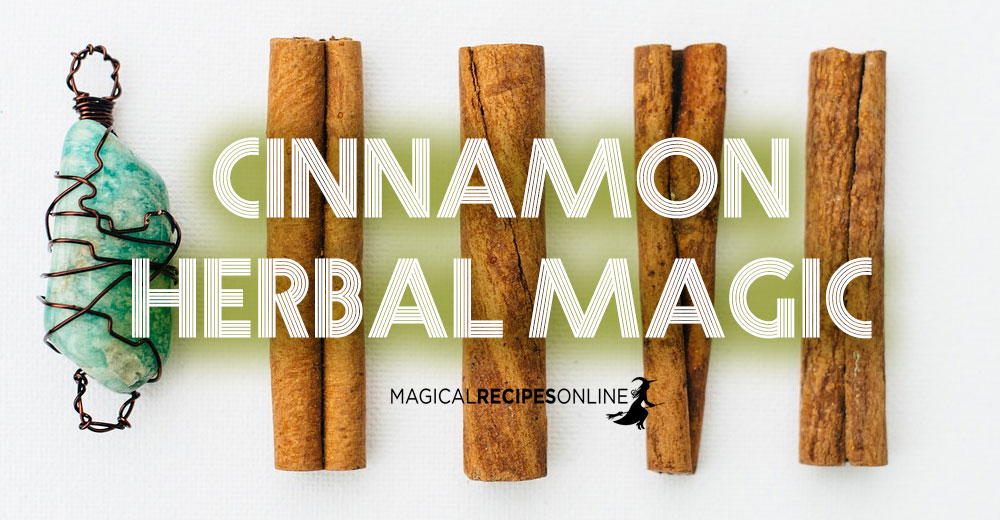 Cinnamon (from the Greek word κιννάμωμο) is the herb which is strongly associated with Fire. From ancient Egypt to Chine, this herb was used in praising deities of Fire and Sun, and one of my personal favourites

The Lore of Cinnamon

Cinnamon is a fragrant herb used as spice or incense since the ancient years. It is obtained by a large variety of trees who belong to the genus Cinnamomum although the best quality comes from the Ceylon Cinnamon (the True Cinnamon). As we already saw, it was and is still used to summon the Phoenix, Bennu bird in both Egypt and Greece. Let’s not forget that Phoenix is the soul of Ra, the Sun God. This precious herb was used to summon both.

Cinnamon is strictly associated with the Powers of the Sun and sometimes Mars but always is the one of the most powerful herbs to Summon the Forces of Fire. Moreover, it can be used to summon the elementals of Fire (some are known as the Salamanders, a kingdom of active and passionate creatures associated with the element of Fire. We will soon talk more about elementals and their kingdoms).

In China it is considered a ‘yang’ herb. Thus associated with the flowing of Chi (Qi). It is still used in Chinese traditional medicine to Boost the Yang energies of the Body, resolve the Blood stagnation and Edema. Cinnamon is also used in Ayurveda.

In ancient Egyptian civiliazation, it was widely used in several rituals and rites. They also used it along with Marjoram, Cedar, Cassia and other exotic herbs in the Mummification procedure.

Cinnamon in Hebrew and Christian Religions

The Hebrews (as the Egyptians) respected Cinnamon too much! This is reflected to the fact that they used it along with Cassia (its dried flowers or a similar plant) and Myrrh to produce the Holy Anointing Oil: “Take the following fine spices: 500 shekels of liquid myrrh, half as much (that is, 250 shekels) of fragrant cinnamon, 250 shekels of fragrant cane…” Exodus 20:23

Cinnamon in Ancient Greece and Rome

For the Greeks Cinnamon was sacred to Dionysus, the God of Pleasures, Parties, Fruits and Wine but also associated with Afterlife and Mysteries. Dionysus plays an important role to many mysteries in ancient Greece although He is sometimes depicted as a drunk God having much much sex with both Sexes. Dionysus is associated with Homosexuality too and generally the pleasures of Sex. Let’s don’t forget that it is considered as a potent aphrodisiac herb.

Greeks used it in funeral rites too and this tradition was pass the Romans later. Moreover, it was considered extremely rare and valuable in both Greeks and Romans. The famous Roman historian Pliny the Elder in the 1st century A.D. stated that the value of this precious herb was about 15 times (!!!) the value of silver!

In the year 65 A.D. the Roman Emperor Nero (who was obsessed with Fire, the properties of Fire and the magical associations of Fire) burned a year’s supply of cinnamon at his second wife’s funeral as a sign of remorse.

In the history of medicine, it has been used to enhance digestion, prevent nausia, treat coughs and generally for health problems of the respiratory (and the circulatory) system. As mentioned abover, it is still used in many health conditions and is considered a potent aphrodisiac.

The Magical properties of Cinnamon are utilized to:

DISCLAIMER: Don’t use its essential oil directly on your skin. It may cause irritations.

PREVIOUSFreya (Freja) the Scandinavian Goddess of Love, Beauty and War
NEXTHappy Beltane and Thank you for everything!