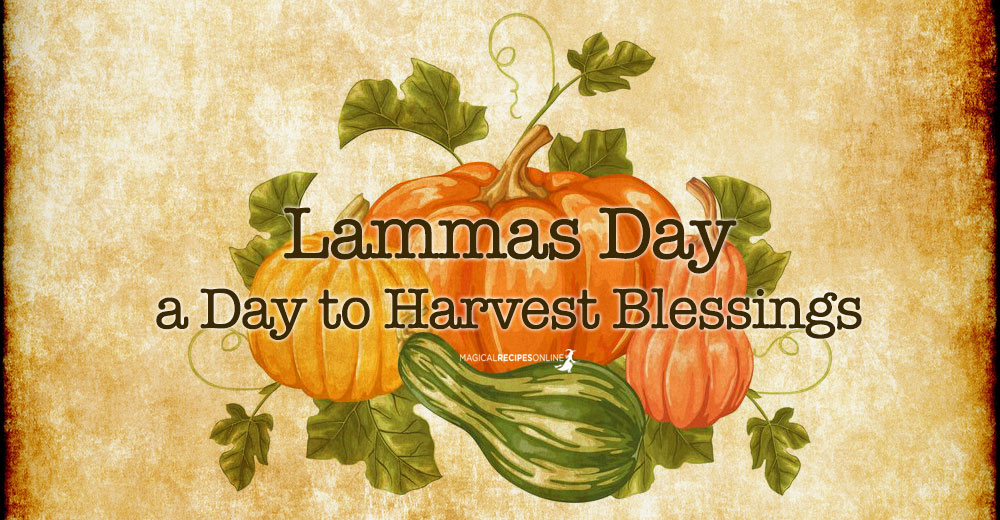 Lore and Magic of Lammas Day, Lughnasadh. When Fire and Water unite! From the eight Sabbaths of the Solar year, Lammas Day is the least known and celebrated of all the others. That’s partly because it is accompanied with lots of agricultural work (harvesting) and also lots of heat! There is one more reason…

Lammas is an Anglo-Saxon word which derives from Loaf (bread). This is because on Lammas eve (July 31) Christians were preparing the first bread of the freshly harvested new corp. On Lammas day (August 1) they brought one loaf of bread to the Church in order to be blessed (symbolically the whole new corp). Other customs all over Europe suggested to bring the first fruits (especially grapes, from which is made Wine, a sacred drink for Christians too) on August 1 or August 6 which date is a celebration of the Transfiguration of Christ, a moment where Jesus shows a glimpse of His divine glory. 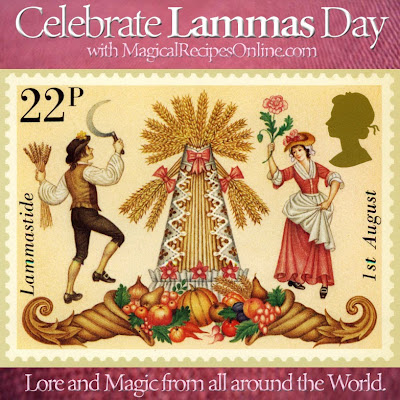 Lore and Magic of Lughnasadh

From the eight Sabbaths of the Solar year, Lammas Day is the least known and celebrated of all the others. That’s partly because it is accompanied with lots of agricultural work (harvesting) and also lots of heat! There is one more reason…
Christianity adopted once more these feasts from prior Religions. In Pagan Religions Lammas is a Cross Quarter Sabbath (Sabat), in the exact mid between the Summer Solstice and Autumn Equinox. Summer Solstice is the time where the forces of the Element of Fire are at their Peak. Autumnal Equinox is the time where the forces of Element of Water are at their Peak. Lammas is the time when Fire and Water meet and unite.
Lughnasadh in Alchemy
In Alchemy and in Elemental Magic, the apprentice is strictly advised always to be very careful when he/she decides to use a combination of Fire and Water in his/her spells or work. This is because the combination of these elements is explosive and dangerous! The combination is also a source of tremendous power for the Masters of the Craft! Is is also a very potent aphrodisiac combination! 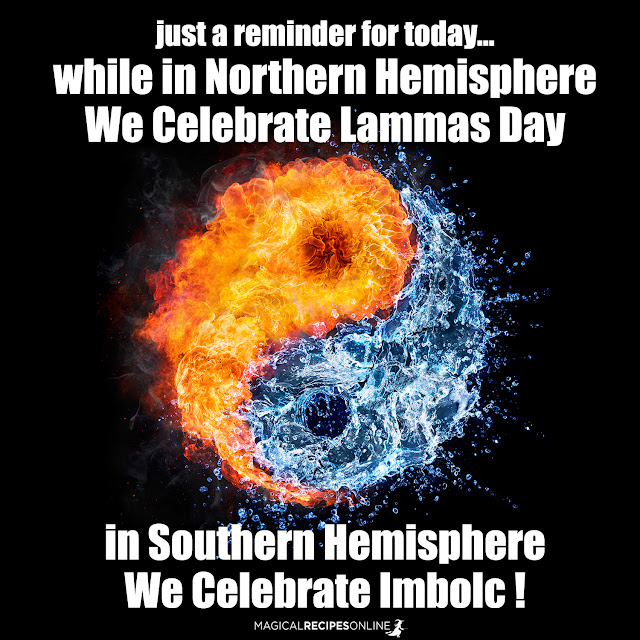 Tip! If you are new to the Craft stick to simple blessing rituals. For the advanced ones we got really powerful spells for you to try coming up!

Lammas day is also called Lughnasadh / Lughnasa / Lunasa, a Gaelic-Celtic-Irish feast dedicated to the God Lugh, we will get back to the Druids with the Druids’ Herbal of Lughnasadh / Lammas Day. Lugh is the Celtic Solar God who reigns over War, Victory and Crafts. During this August Eve, Lugh fights and the Lord of Evil. So Lugh possesses the Harvest. When he wins he reunites with Mother Earth. In fact the word Lughnasadh / Lughnasa / Lunasa mean the Marriage of Lugh.
In the ancient years during this holy feast, the High Priestess of Ireland, being the Mother Earth personified and bearing the conjured and channeled energies and qualities of the Great Goddess, unites in a ritual wedding with the High King of Ireland in a promise for a fertile earth and plentiful harvest. This ritual marriage blessed the High King with another glorious year of Reign.

Lammas Day is a very powerful Sabbath (Sabat), a day of tremendous power which cannot easily be channeled. However if you are telented and experienced enough use the Power of Lughnasadh for:

Stay tuned for More Spells and Sigils for the Lammas Day!

PREVIOUSMagnetise what your Want through Visualization
NEXTTrident. The Symbol of Masculine Power