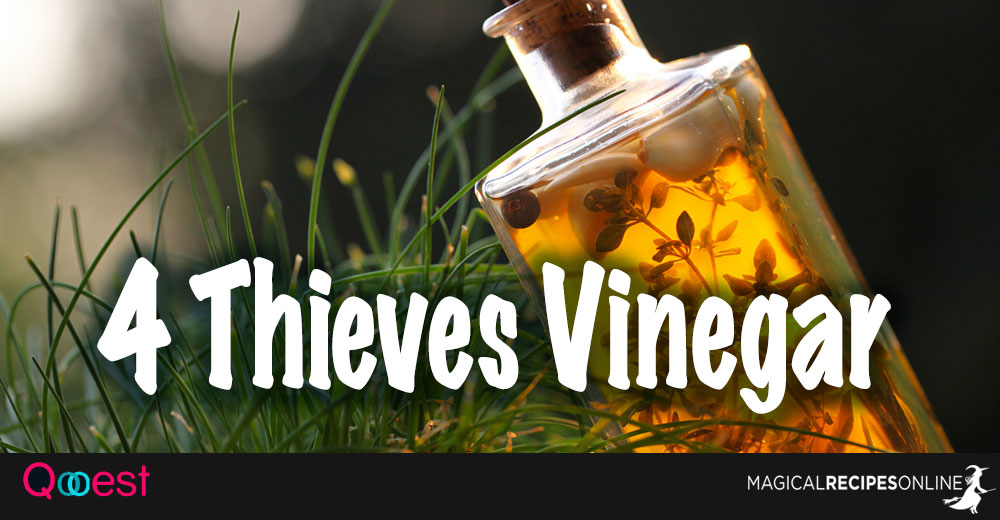 I am happy to share with you a formula which has its historical roots in Western Europe. The Four Thieves Vinegar. The story of this formula has many variations; however, the stories seem to have two things in common, a city suffering from the plague and four thieves magically surviving the disease.

The legend says that people were suffering from the plague, with the citizens numbers reducing greatly day by day. Quarantine measures were heavily enforced upon everyone, afflicted or not, in order to counter the epidemic nature of the disease.

A gang of four thieves moved from house to house robbing the tenants from their belongings. The thieves grew richer and richer and their health remained unaffected by the plague. Eventually, they were caught and sentenced to death. Clever and cunning they were, they bargained their lives by sharing their secret, a magical formula known to us today by the name of Four Thieves Vinegar. The thieves managed to save their lives and escaped from the afflicted town, with the loots or not, nobody knows. 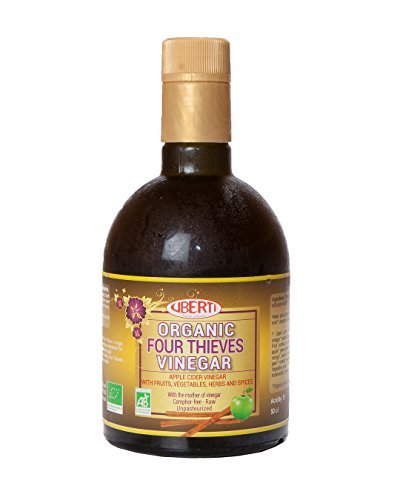 This formula arrived in New Orleans and Four Thieves Vinegar was well respected not only for his healing and disease-repelling properties, but for its ability to guard the wearer from danger and sure disaster. Four Thieves Vinegar is a vital component in many banishing and healing spells and its recipe is the following:

Now the process, peel and crush the garlic cloves and boil the garlic in the vinegar chanting a spell of your choice. I use the verse below:

“Four thieves vinegar now I make Four elements bless its fate Gods above hear my plea Allow change to come to me.

Four thieves vinegar now I make Four elements bless its fate Negativity is banished from my life Gods let me shine with your light.”

Keep chanting and as the vinegar with the garlic boil, add the rest of the ingredients one at a time. Give them a good swirl before you add another. As a piece of advice I suggest you do not inhale the fumes as they may be very overwhelming (vinegar with garlic remember! :-)

When you have added the last ingredient, give them a good swirl and let them cool down. Then put them in a bottle and let them sit for four days and your Four Thieves Vinegar is ready. Give it a good shake before use! 

The Easy Witch (in all possible ways :-)