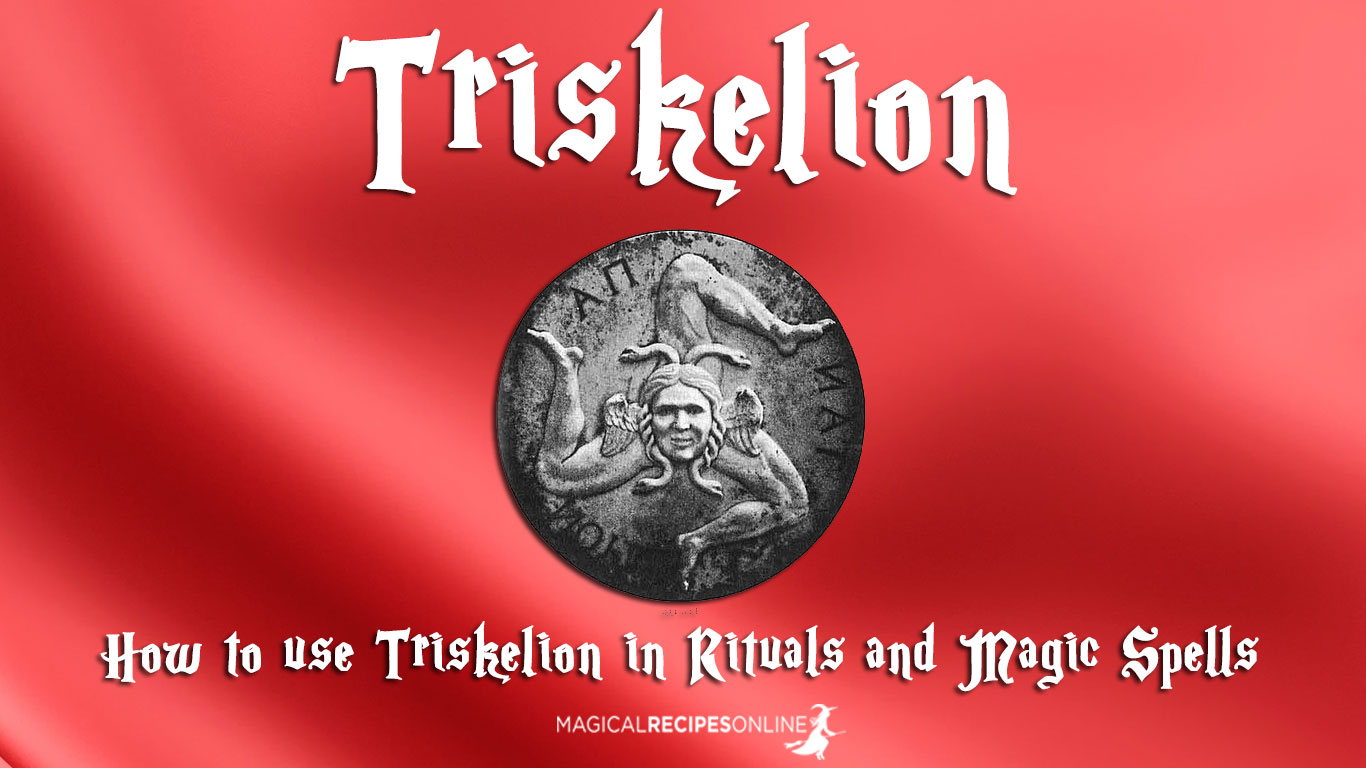 The number Three has always been considered magical and/or sacred. The three-fold God or Goddess, the Three Moirae – Fates – Norns, the Three days the Sacred Phoenix and Jesus Christ needs to be reborn, the Three High Gods of Hinduism – the Trimurti… the list is endless. At the same time this sacred and magical number appears in symbolism for both ritual purposes or even in personal charms. Three is considered a number of change. A number which can create or even destroy. Exactly like Triskelion.

Triskelion which comes from the Greek words Τρία = Three and Σκέλος = Leg / Part is in fact a geometrical symbol, three legs in move united all together creating a never-ending cycle of rotational move. Triskelion can also some times be called Triskele or Trinacria, which in this case is the Flag of Sicily. Moreover, this symbol is also the Flag of the Isle of Man and Brittany. At the same time, Triskelion is a world-wide known symbol found in Greek, Roman, Buddhist, Celtic and Nordic art since the European Iron Age. Found in ancient coins, ruins of once great temples, flags and shields of the old times, the Triskelion is part of the magical and spiritual Heritage of whole Humanity. Some variations of the Triskelion depict three tears, the famous three Hares, three fishes and of course the symbol of this Magazine the triple spiral.

In triskelion the Pillars of our body, the legs are powerful forces of Change, overcoming difficulties and jumping over physical and spiritual barriers. Moreover, the three legs united create a rather “unnatural” force which can be tapped into to create in reality what we really want. As the number three so does the Triskelion resembles to the Solar Magical force. It can also be used as a substitute for Swastika although these are different symbols with practically different uses. The whole world knows that Adolf Hitler knew much about occultism and used Swastika to tap into it”s power. No matter what crimes have been committed by those bearing the Swastika, there are billions of people using this sacred symbol for benevolent purposes. The use of any symbol is up to the users hands and ethics.

Triskelion can be clockwise or anti-clockwise. The flag of the Isle of Man is originally clockwise which actually calls upon the Creating force of the Sun. The anti-clockwise Triskelion can be used invoking the destructive force of the Sun. Both can be equally benevolent or malevolent depending on what your purpose is. Always remember using magic for both your”s and the whole world”s sake.

Use the Clockwise Triskelion in Magic:

Use the Anti-Clockwise Triskelion in Magic: