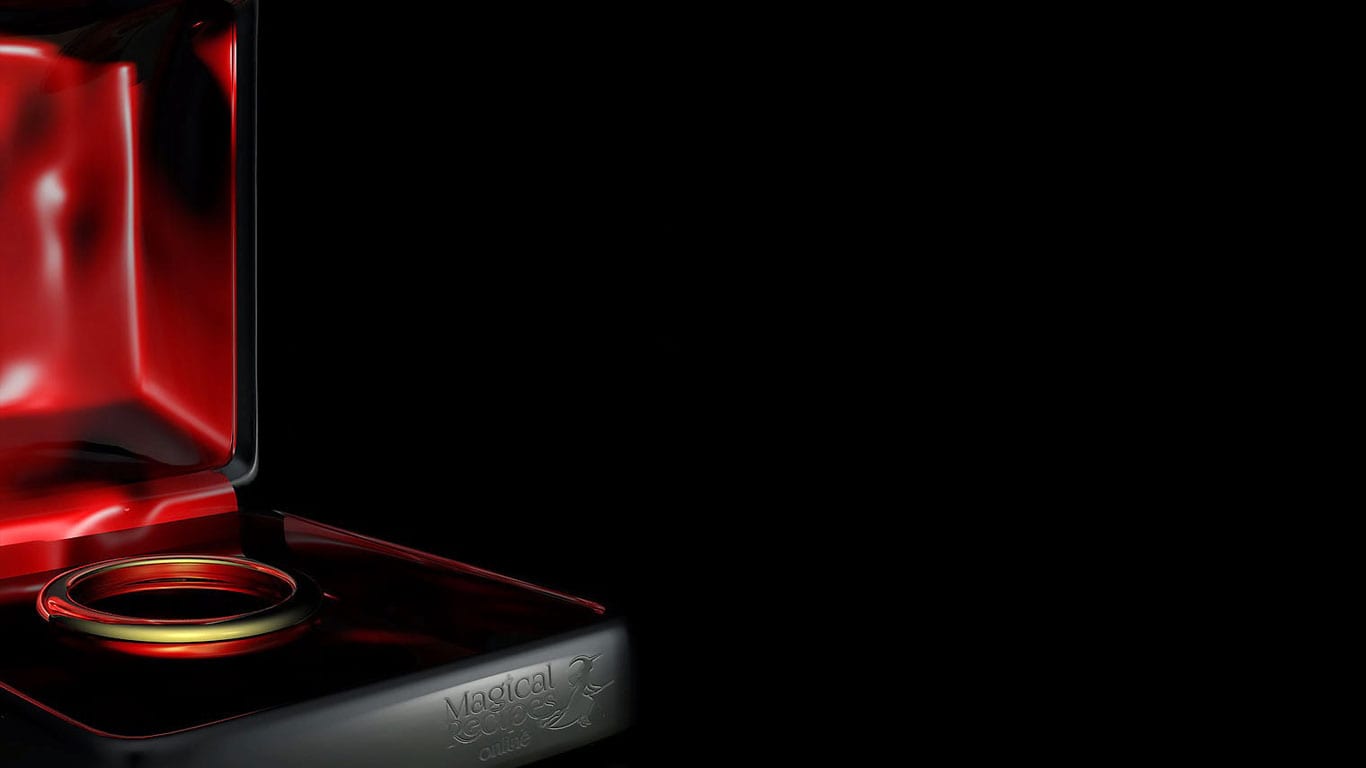 One of the most common tools of the craft – far more common and worldwide than the knife, the wand, the cup and the disk – is the magic ring or the rings of power.

The Lore of Magic Ring(s)

J. R. R. Tolkien describes them quite accurately in his books, although, of course, in a way more dramatic than reality for the sake of the stories. For example Tolkien says that the magic ring changes size, which is somewhat true, at least concerning the feeling it gives. He also says that it becomes heavier when it is overwhelmed by energy and power, as it happens when Frodo is in Mordor.

This is also a feeling that the magic ring gives. I suppose that if we put them on a scale the weight will be the same, but it feels heavier when wearing it or holding it. He also describes the ring to be addictive, which is also true, so be careful. Not only the user finds it more and more precious and is less willing to give it away, but also the user may start thinking that all his or her power is generated by the ring. This is also one real aspect of the addictive power of the magic rings. In the story, in the case of Frodo, all the power that was given to Frodo was indeed generated by the One Ring, but in the case of Lady Galadriel this was not true, as Galadriel, and her magic power, are more ancient than the rings, the humans, the elves and Sauron himself, but Galadriel comes to think that when the One Ring will be destroyed, then the power of her own ring will also cease to exist as it is bound to the One Ring (which is true in the story) and therefore her own power will cease to exist, which is only an illusion, as her power was not generated by the ring she wears. Also, Tolkien describes the rings, especially the One Ring, to have a will of their own, which in some cases can also be true. Finally, Tolkien states that the rings prolong the life of the owner – with the One Ring making his owner practically immortal – which is also a common belief, although I cannot say if this is actually true or not.

So knowing the dangers of this instrument of magic, one may still decide to make one.

Here I am going to give you a simplified way to create a magic ring, or a ring of power. The way I am offering is very similar to creating a ring talisman.

Then you should find or create a ring that feels right to you for the purpose. I believe that if the symbolism is strong enough in your mind and soul, this is a perfect ring for you, but if you want to create a ring under stricter magical rules, create a magic ring made from the metal of the planet with a stone of the planet on it.

Do not write a curse on the ring as Sauron did, but you can inscribe a spell on it or just the power this ring brings to you or helps you express.

Now buy one, two, three, four, five, six, eight, or nine candles representing the power you are summoning in the ring. Also buy 8 red candles which will represent the magic power. Make a circle putting the eight red candles on the 8 directions; those are East, Southeast, South etc.

Use frankincense for incense or a combination of frankincense and myrrh, and preferably anoint all the candles and the ring with the same oil. If possible, anoint the ring with your zodiac oil as well, and/or an oil representing its power.

Light the eight red candles starting from the eastern one and forming a clockwise circle saying: “From the eight corners of the Earth I summon hear the magic power to come here and enter in this ring of mine and make it a magic ring.”

Now light the candles of the power you are filling the ring with saying: “I summon (the power of the ring) to come here and enter this ring, and transform it to a magic tool that (say what the ring will be doing for you)”.

Now, sit down and visualise the magic power and the power of the ring coming there inside the circle and entering the ring, filling it and staying in it. Keep the visualisation for as long as possible, without feeling tired.

Let the candles completely burn down. While the candles still burning repeat the visualisation as often as you can.

When the candles are finished, the ring is ready. Wear it for at least seven days all day long and then always keep it near you, in your pocket, in your handbag etc. Don’t let anybody to touch the ring while you are not wearing it. When you want to use its power, wear the ring, rub it, and tell it what you want it to do.

Have fun and be aware of the addictive power of the magic rings.