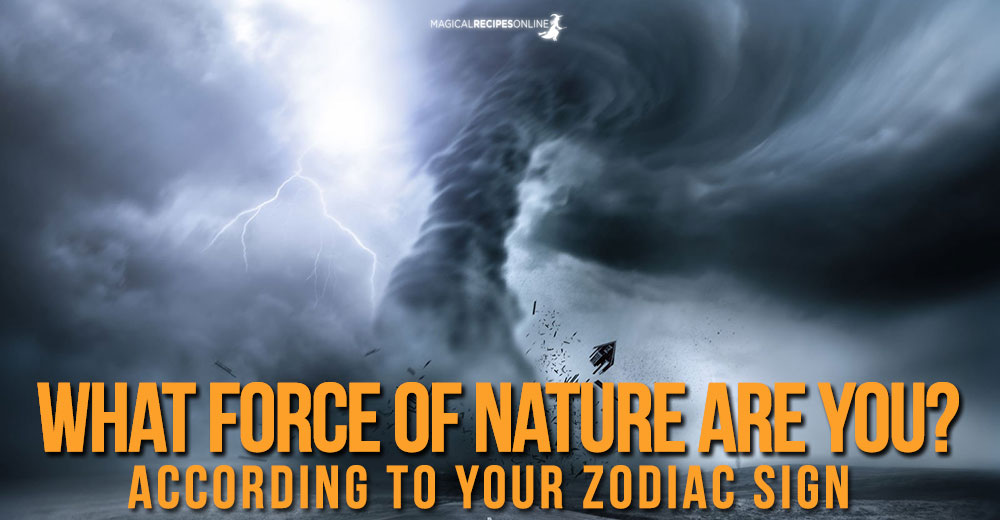 Quite rarely, when triggered by our emotions and/or magic, we humans can also “create / summon phenomenons” like this, either intentionally or unintentionally. More often, these phenomenons – catastrophes are caused when a major astrological aspect is happening in a Zodiac Sign. (see also here how zodiac signs behave in times of Darkness)

The electrical charge that is released suddenly and powerfully is what expresses Aries the most. It”s bright, it”s vivid and it”s deadly. Usually when there is a thunder, more will follow. Thunder is the Weapon of Zeus, king of the Gods. Thunder was what helped Zeus win the war with Titans. Aries, when moody are pretty feisty and they love to engage in fights – verbal or not. This makes them feel alive and capable. They need to direct their anger and passion in a more constructive way.

What’s Your Magical Power as Aries?

The energy builds gradually and released unexpectedly with cataclysmic destruction. Taurus symbolises the steady and powerful force of Earth. Stability is what defines Taurus and this is how their emotions are expressed. In a catastrophic way, their emotions are like hot magma coming out from earth (after a big earthquake) destroying even the Volcano from which it came. Taurus needs to let go, that”s the key to their happiness. Let magma cool.

What’s Your Magical Power as Taurus?

The celestial twins are raising the winds, just more than usual… A hurricane can lift and destroy even houses leaving usually few survivors. But what really defines Hurricane is that everything is so messed up right after the phenomenon. Confusion is the key to define Gemini”s emotional imbalance. Self-hating feelings should be abolished as this is usually the very source of their frustration.

What’s Your Magical Power as Gemini?

Water sucking in whatever there is… with no exceptions. Cancer rules over the seas and oceans. When their emotions are dark they tend to suck all energy – everything in their lives and sink with it. Cancer”s feelings are the strongest in the Zodiac Circle and this is what they need to understand. Emotions can be a source of unlimited energy. The Question is what will they do with this power? Learn to control and balance your emotions.

What’s Your Magical Power as Cancer?

The Sun is burning brighter and brighter leaving no remains. The Sun is the source of all life but what happens when the source of all this energy is heating even more? A solar Flare can cause so much trouble in satellites and can even affect Earth”s Magnetic Field. The consequences are severe to economy too but Leo”s emotional imbalance, the Solar Flare, has something dramatic in it. Remember, solar flares are what cause Aurora Borealis.

What’s Your Magical Power as Leo?

Shake shake shake the earth until nothing is left. An Earthquake is not just a pretty feeling of shaking but a catastrophic phenomenon which killed thousands of people. Virgo”s wrath can be like this, destroying everything apart from the really strong buildings – relationships. The Earthquake is usually accompanied by more – stronger or not – which actually defines the time a Virgo needs to express all her frustration. Virgo, get practical and express your anxiety in a more constructive way.

What’s Your Magical Power as Virgo? 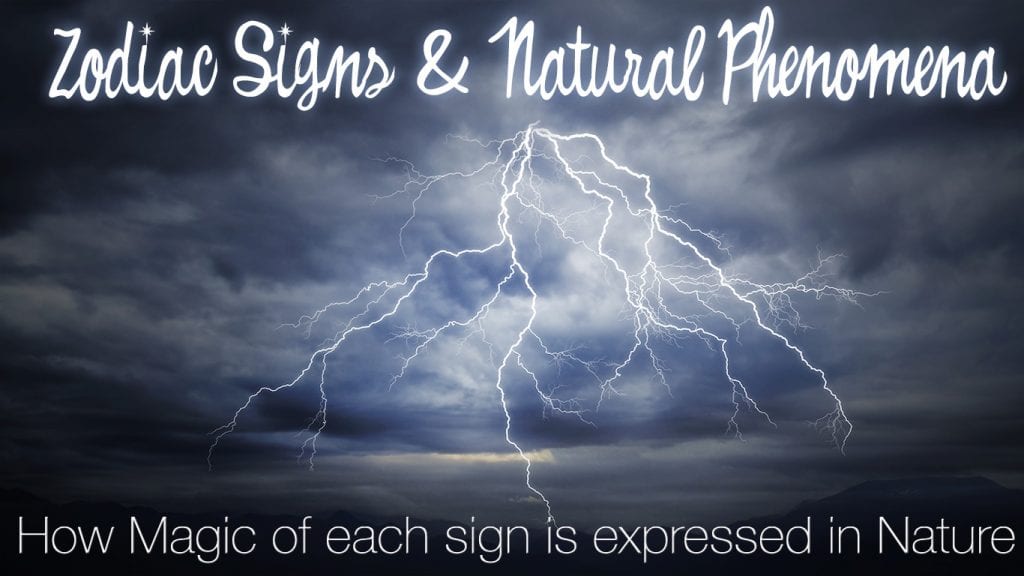 The ice, the cold, the anger… the verdict has been made and is not favourable. Libra”s are the loyal scales which never lie. A sign of Air yet Saturn is more powerful there causing the temperature to fall and create a deadly Hail Storm. The key to change that is love, as they are always a sign ruled by Venues. Love will melt the ice and everything will go back to normal.

What’s Your Magical Power as Libra?

Scorpio are aware of their power, the problem is that the results can be frightening for the rest. Tsunami, is what happens after and earthquake with the epicentre in the seas. That”s what happens to Scorpios when they feel they are losing the earth under their feet. This is why you have to ALWAYS be sincere with Scorpios and this applies to Scorpios themselves. Therefore the key to unlock Scorpios is truth & safety – emotional & financial.

What’s Your Magical Power as Scorpio?

The air just became warm enough to burn away whatever is on their path. Warmth is what defines Sagittarius but when things get out of their hands and lose optimism – their greatest advantage – then they act life Firestorm burning everything that stands before them. The key to change this is to tap into their natural optimism and faith. Trust the divine.

What’s Your Magical Power as Sagittarius?

The power of gravity … with big rocks and pain. Capricorns have a natural ability to cover their emotions especially when dealing with public and social activities. When they are overload with emotions the earth is denser, increasing it”s gravity and this is when Landslide occurs, devouring everything, even what they so carefully and persistently built. Emotions should be expressed more often and more constructively.

What’s Your Magical Power as Capricorn?

Aquarius has a weird ability of acquiring information from divert and multiple sources simultaneously but when emotions are out of control the atmosphere is charged like a Thunderstorm. and this information acts like a stimuli to unleash lightnings. Destruction and electrical storm will follow, hitting everything that exceeds a certain height. To protect yourself from this phenomenon, keep a low profile.

What’s Your Magical Power as Aquarius?

The water is warm, gets warmer, pressure rises higher and higher…. explosion. Pisces often neglect their needs in order to fulfil demands of others. They think that this will make them feel whole again but when truth is revealed and they slowly realise what they”ve done to themselves – all these years. The water is getting warmer and explosion occurs destroying themselves too and everything around them. Love yourself and express your needs & emotions.

What’s Your Magical Power as Pisces?