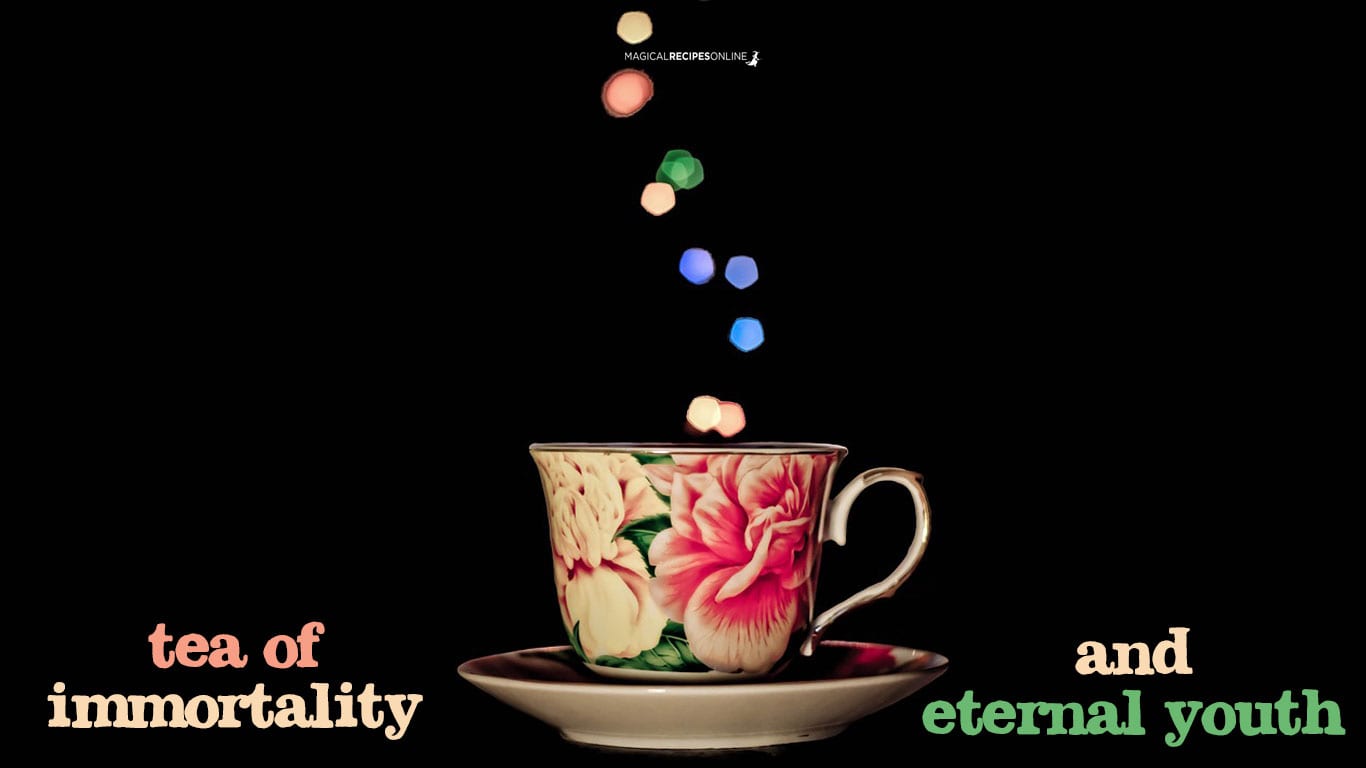 Do you want to remain healthy, maintain eternal youth and, if not become immortal, live longer? Here is a little simple something that can help you.

The tea recipe given here utilises basically the magical properties of the herbs (such as eternal youth and immortality), but their health helping properties are also quite extraordinary including the improvement of immune system, decreasing of LDL, protection from several kinds of cancer, regulation of blood sugar, treatment of asthma and other respiratory dysfunctions and much more. So, it may be a very healthy botanical tea as well.

BUT: As always, if you have a health issue or are taking drugs, always seek the advice of your health practitioner before using any herb.

So let’s see what we are going to need:

How to make the Tea of Immortality and Eternal Youth:

Pour two and a half cups of water in a pot. Add about a dozen hawthorn berries and boil, until there is about a cup and a half of water. Then add some perilla leafs and some lime leafs. If you actually have the whole leafs use 12 perilla leafs and 6 lime leafs. If not, keep a ratio of about 2:1. Let them boil until there is about a cup of tea in the pot.

Tea of Immortality and Eternal Youth

Filter and, if you want, add some honey for better taste (and it also has many magical and health benefits).

That’s it. Drink it. The liquid should be quite reddish to crimson, depending on the exact perilla species you’ve used.

The magical and botanical properties of the herbs:

As we said, the mint family is associated with death one way or another. Perilla is considered to bring eternal youth, and this way keeps natural death for ever coming.

The ancient Greeks and Romans believed that through lime leafs Gods can bless their favourite humans with immortality.

Crategus is possible better known about its ability to end immortality, as its wood is considered the best and most effective when used to make vampire slaying stakes. But it is the nature of the undead that causes their death when staked by it. Crategus awakens the real life force (as well as the sexual force) causing the death of the parasites who consume it (vampires). This is why it is used in the celebrations of Beltane when it awakes both nature and nature’s call (sexuality).

Interestingly enough, the British hawthorn (Crataegus Μonogyna Rosaceae) commonly flowers not only just in time for Beltane, as most hawthorn trees, but also just in time for Yule, causing the birth of the New Year (or Christ, depending on the religion).

Hawthorn is a sacred tree, so, be very respectful and careful when working with it. It is considered to always be protected by faeries. So, be respectful to them when you interact with the tree, such as collecting its flowers, its berries or its branches. Avoid sleeping under it on Beltane. It is said that the faeries will take you to their world, never to send you back again. Also, do not cut a blossoming branch, and never ever bring such a thing inside your house. All over misfortune and death of family members will be the revenge of the tree’s spirit.

Enhancing the tea with magic:

You want to empower more the tea? Use the spell of immortality over it. Even more? Add some amrita in it.

Have fun, be blessed, and live for ever!