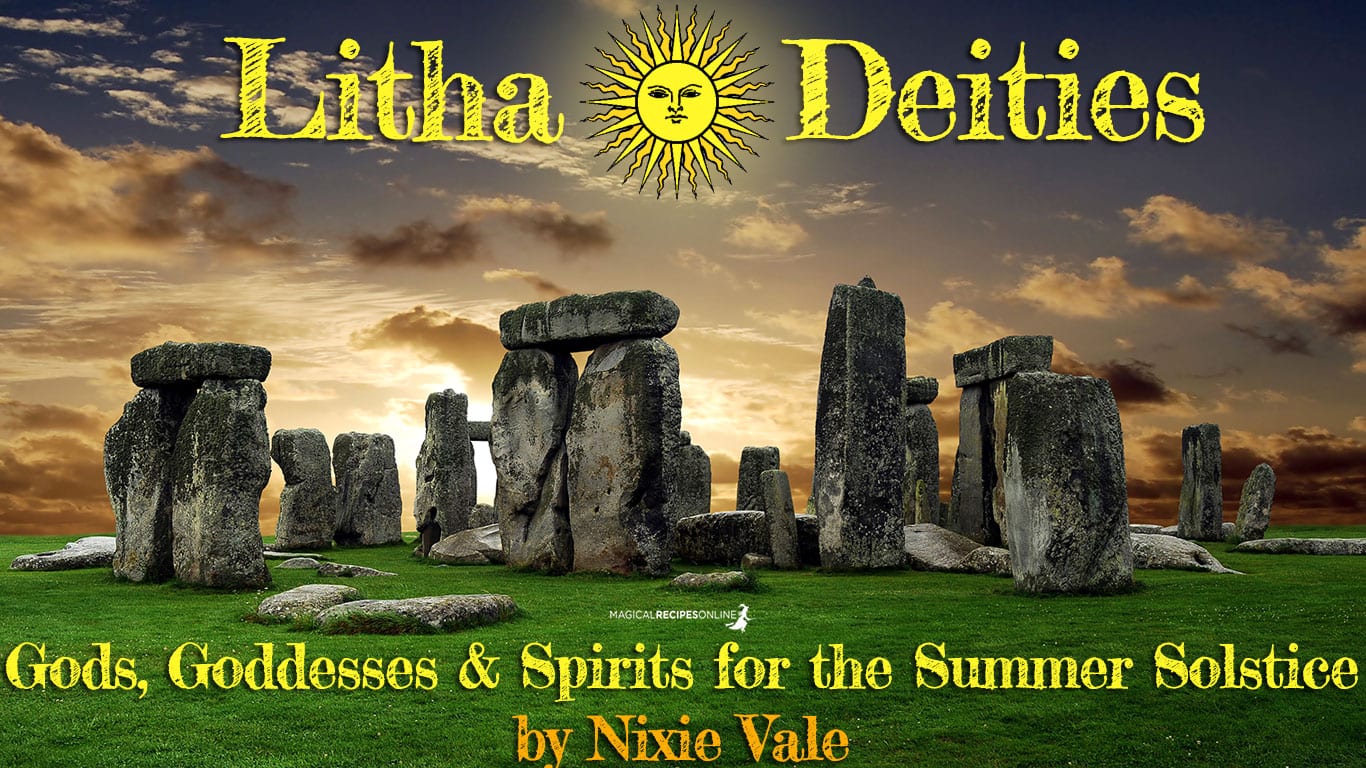 The Summer Solstice is celebrated as part of many different cultures, it is the time when people celebrate the lengthening of the daylight. Litha is the time where the sun is at it’s strongest, so deities that are associated with the sun and solar energy from different cultures can be worshiped at this time of year. You can find Litha deities hence… solar deities in dozens of cultures, from the Celts, to the Egyptians to the Shinto, to the Aztecs.

Looking online I found a fairly comprehensive list of Solar deities on Wikipedia which were split into mythology/cultural sections, so I began working through this list, and I have gathered as much information as I can about each deity and put in an easy to read manner.

Some of the names in the lists below will be familiar to you, but many of them won’t be. Even though their origins differ, the energy they embody and characteristics they display will be as familiar as the names you do know.

Nixie Vale is the creator of the Ramblings of a Rainbow Witch page and group on Facebook. Nixie has always had a gift with words, and she has combined that with the deep love and passion for her craft, and her fascination with history. Nixie has a profound connection to colour and it”s use in magic and it”s psychological effects, she has always had an interest in the natural world, from animals to crystals, and Nixie has taken all of these and fused them with her love of literature.  As a teenager Nixie began learning Tarot and she has also learned about other forms of Divination and incorporated these into her repertoire of skills. Nixie is also a very creative person, having crafted jewellery, sewing and a plethora of other interests. Nixie has been writing about witchcraft for the last 6 years, and after being urged to share these “ramblings” she created her page. Nixie is a trusted member of the facebook Pagan community and has worked with many in different ventures