Home Witchcraft Creating an Altar for Litha , By Nixie Vale 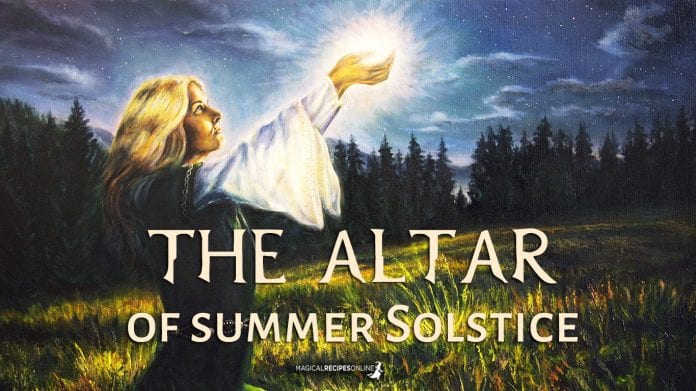 As we are all looking forward to the summer, who isn’t, but as many are looking forward to the hot days, sunshine and warm nights to lay out under the stars, for Pagans the world over are looking forward to Litha, the Summer Solstice, Midsummer. This is the point where the Sun is at it’s most powerful. Litha marks the middle of the Summer and we celebrate the growth of crops; knowing that which we have sown is strong and growing well. During the summer we spend more time outdoors than at any other time of the year – this is something I have always loved as I am a child of Solar energy. This is why is so important to create an Altar for Litha!

The idea of creating an outdoor altar space becomes an attractive idea – I know this isn’t possible for everyone. If you are unable to create an outdoor, but if you aren’t able to, try and put your altar in direct view of a window so the sun can bless. Brighten and charge your altar.

Creating an Altar for Litha

For some this Litha may be the first time you are creating an altar but don’t know where to begin. When I am looking at creating an altar for any of the Sabbats, I have a checklist that I work though.   Colours – yellows, oranges, fiery reds and gold but these aren’t the only colours. Any bright colour can capture the height energy of summer like bright blues, greens, pinks.   Herbs – Anise, Mugwort, Chamomile, Rose and Wild Rose, Oak Blossom, Lily, Cinquil, Lavender, Fennel, Elder, Hemp, Thyme, Nettle, Wisteria, Vervain, St John’s Wart, Wormwood, Pine, Heather and Yarrow (click here for the Druids Herbal of Litha) Crystals – Lapis Lazuli, Diamond, Golden Tiger’s Eye, all green gemstones like Emerald, Jade, Dioptase. I like to use Golden Calcite, Amber, Maderia Quartz, Citrine, Yellow Calcite and Carnelian.   Incense and Oils – Heliotrope, Saffron, Orange, Frankincense, Wisteria, Cinnamon, Mint, Rose, Lemon, Lavender, Sandalwood and Pine   Tools and Symbols – The Sun, Oak and Fir Branches, Sunflowers, Lilies, the Phoenix, Maize, Red, Yellow or Orange flowers, Sea Shells, Summer Fruits (Strawberries for example), Feathers, Feather and Flower Door Wreath, Sun Whee, Fire, Circles of Stones, Sundials, Witches’ Ladder, Trisklele, the Swastika.   All of these things help me create my altar.

Setting up the Altar for Litha

An altar is a personal sacred space and it is a reflection of your beliefs, and a celebration about your faith; so not everyone will agree with what should or should not be on an altar. When you read books about Paganism, Wicca and Witchcraft you will always find a chapter on creating altars and sacred spaces, but I feel that they can restrict how you actually feel. I love to use a lot of colour in my personal work, so over the years I have tailored altars to incorporate that into my personal sacred space. Litha means something different to different people.

Everyone has a different view on what Litha is, and what is celebrated at the Summer Solstice. I found a lovely quote in the Wicca Bible “…the festival of Litha carries within itself a paradox; the moment we celebrate the Sun’s power at their greatest is the very moment where those powers begin to wane” and “…our festivals are fleeting instants of stillness on the wheel of change…” [The Wicca Bible – Ann Marie Gallagher pg 68-69]. This is just one aspect of the celebration of Litha though. Pagans the world over will sing, dance and make merry in honour of the Solar energy, and celebrate the giver of live in out solar system. Your altar is something that a very personal to you, and how you create it is completely up to you. There is no right and wrong way when you are planning and creating it. It’s size, shape and location can be adapted to your personal needs, and any restrictions that you may have. When you are planning on what to use, plan for the space you have available to you. If you are part of a coven or group don’t be afraid to share your ideas with other members too. Don’t be afraid to be different, to do things that are classed as “out of the box”.

Power of the Sun

As the Summer Solstice is the time of power for the Sun, but it is the day where the Sun’s power will begin to wane each day. It is a time when the Sun stands still, it’s power at it’s height. Nowadays we tend to focus on the day of the solstice, but in times past the festival will last days, even weeks rather than just a solitary 24 hours.

The Oak King and Holly King

In Wiccan Traditions this is beautifully told in the story of the Holly and Oak Kings. At Litha the Oak King is ruling the skies. The Oak King is seen as an aspect of the Horned God, or the Goddess’ consort at Beltane. At each of the solstices they do battle for supremacy, but more importantly they are fighting for the Goddess’ favour. The Oak King is often depicted as the Green Man, or Cernunnos; figures of virility and fertility. There are also other tales in mythologies that embody this archetypal energy and great battles between them. Sir Gawain and the Green Knight in Arthurian mythology. Sir Gawain embodies the energy of the Oak King and the Green Knight embodies the energy of the Holly King. YOu also have the Celtic gods Lugh and Balor’s fights in ancient Celtic Legend. In both of these instances one must die for the other to thrive.

This is one of the most contested and misunderstood symbols that is connected to Litha and the Summer Solstice. This symbol of the Sun is no longer seen as “good” or “acceptable” anymore, and that is the Swastika. The Swastika is one of the most hated symbols because it was used by one of the most despicable and evil men in history, it became a symbol that represents the slaughter, murder and torture of millions. Adolf Hitler took a symbol of peace and wellbeing and perverted it into something it wasn’t. It’s deeper meaning it represents “Permanent Victory”. To today’s Buddhists and Hindu’s it is a powerful symbol that can be seen on the covers of books, in temples, in public transport to name but a few. The first swastikas were found in the Ukraine on an Ivory figurine which is give or take 12,000 years old. It has been used by the Celts, the Nordic people, early Christians and the Druids. It has been found in the remains of the ancient city of Troy. It is known by many names

Other symbols used to represent the sun or have been associated with the Sun; the Phoenix and the Triskelion. The Triskelion comes from the Greek word meaning ‘three legs’ and has been used in many different cultures, and is depicted as three branches/legs or interlocking spirals which all face the same way. The Triskele has been used for millennia and it’s symbolic meaning has changed over the years. It has been associated with the Sun. The Celts have used it has a symbol of the sun. The solar energy of the Triskelion represents the three stages of the sun – sunrise, the zenith and sunset. It’s also seen as a symbol of life, the passage of time, the three stages of life, the triple goddess’ phases, the three worlds – world of the living, world of the dead and the world of the spirit.

The Phoenix is another symbol that has been associated with the Sun and the worship of the sun. In Ancient Egypt the Phoenix was a red and gold bird with fantastical plumage that would build a nest of aromatic boughs and set it on fire. This nest became the Phoenix’s funeral pyre. The Egyptians believed that only one phoenix could live at a time, and they lived for over 500 years. As the Phoenix neared the end of it’s life it would prepare this pyre, set it aflame and would be consumed by the fire. Once the pyre cooled and the flames gone a new phoenix would emerge from the ashes of the last, it would carry the ashes from which it sprang to Heliopolis – which means City of the Sun. It would deposit the ashes onto an altar to the Sun god Ra. It’s this connection to the Sun God that has cemented the association of the Phoenix and the Sun.

The Rise and Decline of the Sun

At the Summer Solstice the sun is at it’s most powerful, and we worship and celebrate this power, strength and supremacy, however after the moment of the Sun’s strength passes, it begins to wane. This is not a bad things, this is the cycle of nature and must wane so it can regain it’s strength for the next year. He retires so he can become powerful once more. Do not mourn the decline of the Sun, celebrate it’s part in the cycle that Nature takes through the changing seasons each year 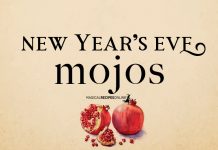