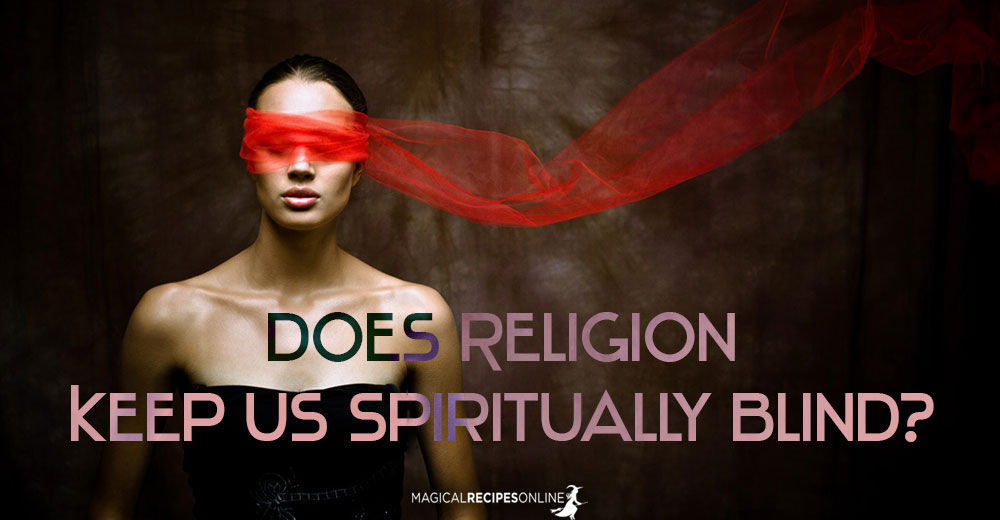 The Qooest for spiritual truth is as old as human race itself. The very first men and women searched for God and wondered what happens when we die. These questions desperately begged for answers and inevitably brought the creation of the first religions. Since the beginning of civilization though, people can’t help but wonder. Does Religion Destroy Spirituality or are they close friends and allies?

This question though is not easy to answer, because we base our opinions only to what we currently know and not to what has truly happened. However, in this article we will try to examine some valid points which make us believe that’s true.

After all, it’s not a secret that Witches don’t like to follow a certain religion rather than create their own spiritual path. On the other hand, we do believe that Religion has played a very important role in giving shape to human spirituality. Although, this was not always for better…

So, why Witches believe that Religion Destroys Spirituality?

1.Religion Claims is the Only Truth

Although this does not apply to all religions of the World, it surely applies to many. To strongly believe that you follow the True Path to enlightenment is not a problem. On the other hand, to believe that all others are mistaken or worse… doomed, is certainly not a good thing.

Spirituality sets you free as it prompts you to use any available path. “All Roads lead to Rome” as long as you follow certain virtues and laws like “harm none”.  Religion thought does not agree. You have to follow all its rules and follow certain leaders in order to achieve “enlightenment”.

Remember that the Great Library of Alexandria was first destroyed by Christian and then Muslim fanatics, just because the Wisdom which was kept in its bookshelves did not match with their sacred texts. These narrow minded people caused the greatest loss of spiritual, magical and scientific knowledge. So if I ask you again “Does Religion Destroy Spirituality” you will probably say yes, but let’s continue.

2. Religion is the Keeper of Mystical Knowledge

Especially Religions – that currently exist – have the tendency to be super cautious regarding the free distribution of the magical and mystical knowledge they’ve acquired thought centuries. Why? Because they probably want to keep all the magic for themselves. Why did they begun the Witch Hunting in the first place?

Let’s take Catholicism for example. Why on Earth would the Pope acquire and keep one of the darkest and most dangerous grimoires on Earth? The secrets they hide in Pope’s Secret Library are unimaginable.  Even from the time of Crusades, followers of the Pope acquired hidden and secret knowledge along with magical artifacts only to destroy or deliver them to the “Holy See” himself.

Almost every Religion behaves as a governing ‘tool’ of the masses, also known as Theocracy. Throughout history, religions played a crucial role in establishing authority over vast empires. At some point, religions were “custom” made or modified to deal with current issues.

It’s no secret that these institutions take advantage of people’s fear of the unknown. They we led as sheep to slaughter only because their spiritual leaders said so. People are eager to blindly follow orders for the promise of a better afterlife. This is how religious wars, begun harvesting innumerable lives of innocent people.

Killing in the name of God. How ironic… 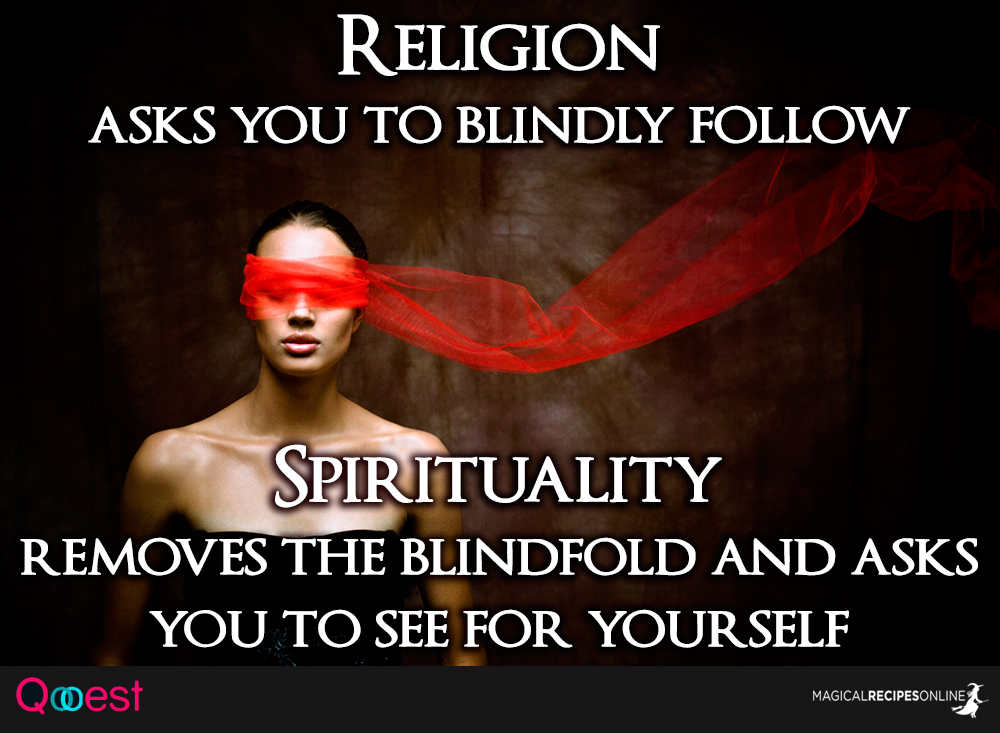 Although most religions preach the love of God(s) over all human race, they simultaneously tend to divide societies into God’s favorite groups and to some who are not so favorite. As if an all-wise Father or Mother would discriminate their own children.

Many social groups have been targeted by religions in history. It makes no sense. Any God or Goddess is pure Love. The absence of Love equals hatred. Therefore, Hatred is Evil. Hence either Religions have mistaken their deities messages or the deities themselves are not so good as we think they are.

Spirituality teaches acceptance and love without measure or boundaries. Love is the essence of any path and the most fundamental truth. It’s the particles Gods and Goddesses consist of.

5. Religion Asks you to Follow – Spirituality asks you to See for yourself

Many religions practice several spiritual ways in order to help an individual evolve in their path. However, most usually they are strict and forbid them to try any other practice. For example, Yoga is forbidden in Christianity although it teaches the unity with the Divine Source. Does Religion Destroy Spirituality in this way?

Religions tend to be dogmatical. They ask you to follow the Rules and believe without seeing or sensing. Only if you follow the rules blindly you will be rewarded. Spirituality on the other hand removes your blindfold and asks you to see for yourself.

Seeing is believing? Not always but at least with spirituality you are not condemned to hell if you try to perceive the Greatness of Creation.

So let me ask you. What Do you believe? Does Religion Destroy Spirituality?

PREVIOUSSigns When Everything is about to Change
NEXTAre You Attacked In Your Sleep?