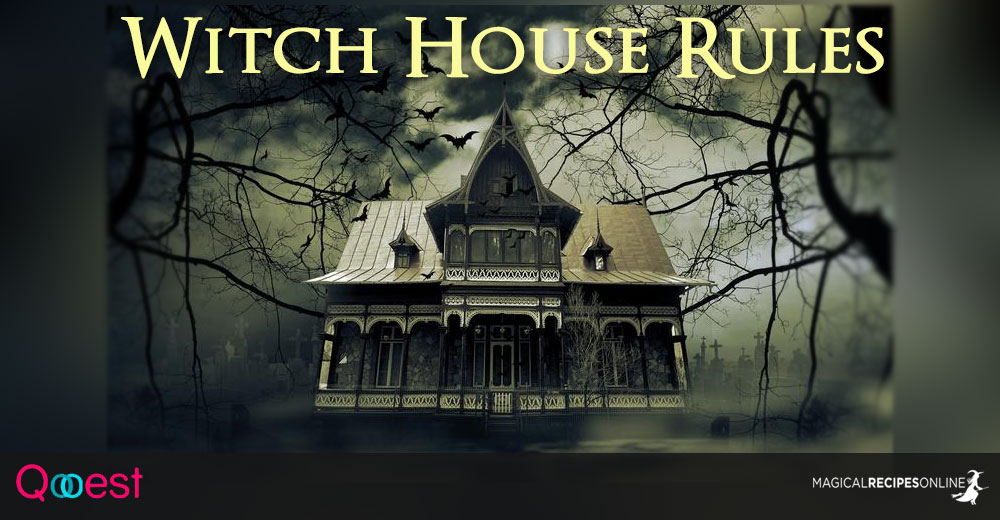 Witch wars unfortunately are real and have always been since the historical years. This is not only on Harry Potter’s movies. It’s true. Probably, you are wondering why is it so common. Well, the truth is that Witches have power, and sometimes power messes with our minds. However, many have tried to establish some ground rules. Some call it Savoir Vivre for Witches. Others, called Witch’s House Rules.

Now that we’ve launched Qooest.com the Free Social Network for Witches, we expect some of you to meet in person. When you do so, please bear in mind the following advice. Respect the Witch’s House Rules. Although, there could be different rules applied in every home, take into consideration the following ones.

1. Leave your Broom at the Front Door.

2. No Negativity Shall Pass.

3. Do not perform any magic without hosts permission.

5. All Spirits should Remain Silent.

PREVIOUSEvery Woman is a Witch: Menstrual Blood – Sacred Magic in You
NEXTPsychic Seductiveness – 3 Steps to achieve it