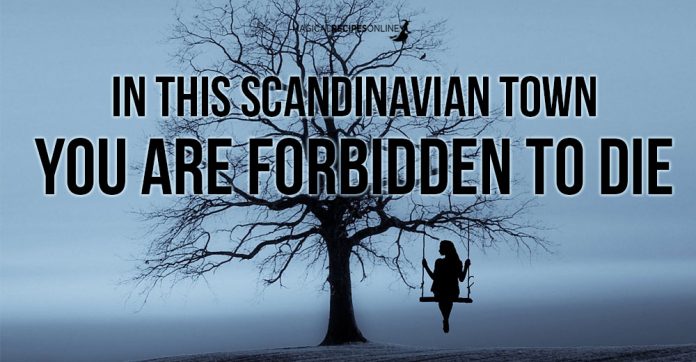 Death is inevitable, isn’t it? Definitely, unless some bureaucrats forbid you to die. Hilarious? Well, yes and no. Believe it or not, in the Norwegian town of Longyearbyen death is legally not allowed. And anyway, if you are going to break the law the prohibition nevertheless, you are definitely not going to be buried there.

Longyearbyen is the largest settlement and the administrative centre of Svalbard, a group of islands. These belong to Norway, but they are much away from the Norwegian mainland and very close to Northern Pole. Apparently, due to its geographical position, Longyearbyen is one of the coldest towns in the world.

The residents of the coal-mining town not only have to deal with the harsh climate but also with an additional number of difficulties. Children develop mobility problems because they have to wear heavy clothes constantly. And bears threaten the local population but still people should now shoot them unless their life is in real danger, which is good (besides, bears were there before humans!). Cats are also prohibited, by the way, in order to protect the arctic birds.

To this list we add the fact that people are banned from dying and get buried in the cemeteries. Therefore, the last burials took place there about 70 years ago.

The reason about this bizarre law is that because of the permanent frost of the ground, buried bodies do not follow the regular decomposing process. Hence, the corpses may carry viruses that could threaten the health of the local population.

And this is actually not a folly of the local authorities. The graveyard in the town holds a number of victims from 1918 who were killed by the Spanish flu, which killed over 100 million worldwide. When excavated, some of the bodies still hosted the virus. So, the danger is real.

For this reason, unless because of an accident, people are sent to the mainland in order to pass by.

Prohibition of Death, then and now

The Norwegian town is not the only place where death is prohibited. Even in antiquity, similar laws were enforced.

In Ancient Greece, both giving birth and dying was prohibited on the island of Delos. The island was considered to be the birthplace of Apollo and Artemis. It was a sanctuary of great spiritual importance. Therefore, after the 5th c. the entire island was purged of all dead bodies, and it was forbidden for anybody else to die or give birth on the island. Similar is the case of the Japanese island of Itsukushima, a sacred location in Shinto belief where a mostly venerated Shrine stands.  Since purity is an important concept for the Shinto priest, the island should remain clean from blood and death. Burials are still prohibited on the island.

In modern times, mayors in Brazil, France and Spain placed a ban on death. Usually, the absurdity of that law was a sort of protest against the central authorities for not constructing new cemeteries or for similar reasons.

There is also an urban legend that in the United Kingdom, deputies are not allowed to die in the Palace of Westminster, the British Parliament. Yet, this is just a myth.

What would happen then if Death would suspend his (or her) duties? In his novel Death with Interruptions, The Portuguese author José Saramago provides a sarcastic narration about what happens in a fictive Catholic country where the Grim Reaper decides to cease all deaths. What challenges would a death of Death pose to official religion, morality and even the normal function of a society? Worth reading! 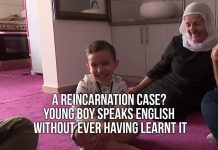