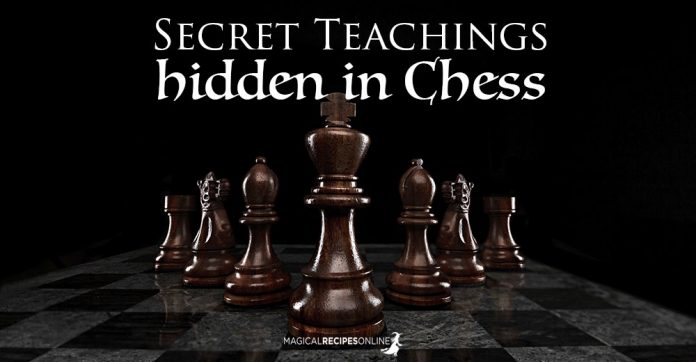 Chess is unique among board games. It is a highly sophisticated game that demands knowledge, concentration and creativity. Although the rules for moving the pieces are specific and limited, the possible combinations are countless. Or almost countless. According to a calculation, which is called Shannon number, the possible chess games reach the inconceivable number 10120. As this video tells us, this number implies that, actually, there are more possible chess games than atoms in the observable universe!

In its complexity and simplicity, chess is quite like our lives. The rules are basically fixed, the actors (the other pieces) as well. There is a hierarchy, there are goals, there are enemies, physical or mental. Still, the way we deploy our pieces and we conduct our game varies among each individual. There are dull games, there are wrong openings, there are great strategies, there is loss and victory. But mostly, chess is like life since each time every game is different from any other that has been played. No two lives are identical. And like in chess, our success depends on the way we make our movements.

No doubt that life is ever more complex than chess. Besides, chess is just a game whereas life is full of emotions and erratic events. But it is one that lucidly captures the interaction of so many factors. And if we ponder over the philosophy of the game, chess can also give us some important hidden teachings and life lessons. Here are some of them:

Every movement is important

During the game, an error can cost us the whole match. Surely, in life we can unmake errors and bad decisions. Yet, this costs us time, energy and resources. Take your next step wisely. Like in chess, think twice and contemplate what chain of consequences this step may cause. In saying that, it is not about being indecisive or less spontaneous and intuitive. It is more about having control over your own movements.

Logic without phantasy is nothing

You may learn openings, tactics, attacks and the like by heart. Yet, victory will not come only with copying what others have already done. There will be a point in which you must combine movements in your own way and come up with something totally novel. This applies in the case of academic education or art. If you just copy others, you will never become a winner.

Well, being perfect would literally mean you would be a world champion but anyway, you get the point here. Even if you are highly intelligent and the smartest person around, you will not make it to beat someone who has practiced a lot. An ancient Greek proverb was saying that ‟only by playing the guitar, a guitarist becomes a guitarist”. Talent is essential, but it cannot develop itself without practice. Just keep on playing or doing the things you want to master.

A pawn can become powerful, a king is naked

If you play the chess, you know the rule that a pawn reaching the other edge of the board can transform into another piece of greater strength such as a queen. Similarly, a king without pieces protecting him is absolutely vulnerable and unable to win the game alone. You know what they say about destiny, and it is true. We cannot change our birthplace, our parents and many other conditions. But we can make the best out of the circumstances and reach something better.

Is it a coincidence that Queen is the strongest piece on the chess board? Not really, we think. Chess would be a men’s world, should the Queen not be of such a great importance for this game. This is a good reflection of our own life scenery. Structures are patriarchal but without the help of the female side, there is no victory!

We also said before that forethought of our movements is crucial for winning. Chess is a sequel of interrelated events. Some things happen because of our game opening ten movements before, for example. And the position of each single piece is decisive for the outcome of the game. Even the absence or the inability of a piece to intervene plays a role.

In this sense, chess is a game of meditation. It is a frame, a small universe that we understand, when we can observe it in its entirety and see the correlations between all elements and factors.

Therefore, next time enjoy a game of chess on a computer or with a good friend having these considerations in your mind. This will make your game a spiritual experience and a life lesson.

And for those who love literature, listen to the voice of T.S. Eliot reading his poem “A Game of Chess”, the second part of his masterpiece “The Waste Land”.

See also: Collaborating with the Universe