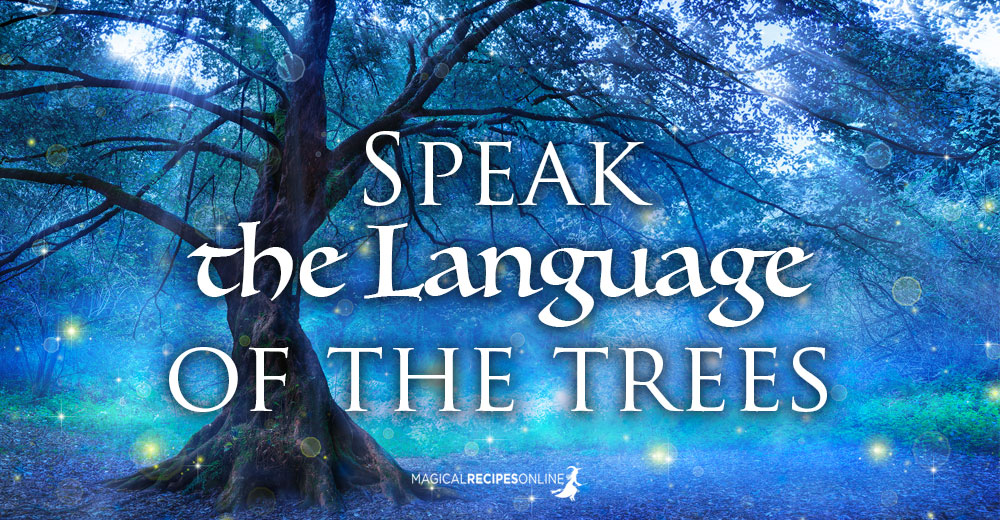 Throughout history, trees have been considered sacred and honored.

Cherry trees represent the sublime and the romance. Elm trees stand for intuition and inner strength. Olive trees were the gift of the goddess of Wisdom Athena/ Minerva. And an oak is a symbol of power and courage.

Trees incorporate the maxim “as above, so below”. Their roots go deep, their leaves swirl up to the sky. They are mediators between the dark soil and the bright sky. This is what Crann Bethadh, the Celtic “Tree of Life” represents. 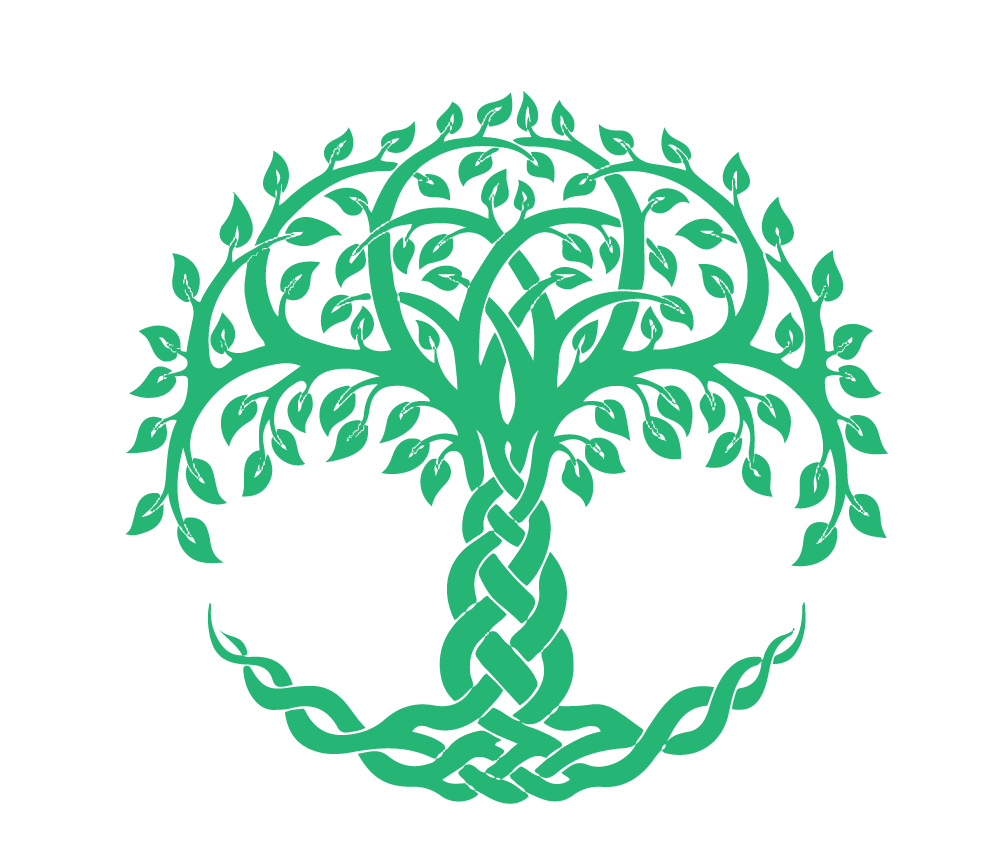 The wisdom of the trees inspired the poet, philosopher and naturalist Henry David Thoreau to write the following verses:

I went to the woods because I wished to live deliberately, to front only the essential facts of life, and see if I could learn what it had to teach.

The Song and the Language of the Trees

That the trees are alive organisms with consciousness is a concept that sounds reasonable to all witches and mages. Trees have souls, they are inhabited by spirits. And they try to communicate with us.

What may sound absurd to many people is now supported by mainstream science as well.

According to a research from a plant cognition team, tree roots can sense the acoustic vibrations of the water in the soil. They can do so even if there is no moisture in the direction of the water. This means that trees are sensible to sounds.

But there is more than that. The biologist George David Haskell in his 2017 book The Songs of Trees argues that trees are somehow interconnected. Building a network means having channels of communication, which is actually a sort of language. Ancient people living close to the forests were aware of that, that is why there are often references to the “whisper” or the songs of the trees.

The ecologist Suzanne Simard, Professor at the University of British Columbia-Vancouver, is more assertive about the reality of the tree language. Trees send messages in various ways to the plantation next to them, to other trees and to humans. At least to them who can hear the trees.

In a TED talk, Simard remarks:

I want to change the way you think about forests. You see, underground there is this other world, a world of infinite biological pathways that connect trees and allow them to communicate and allow the forest to behave as though it’s a single organism. It might remind you of a sort of intelligence.

The German forester Peter Wohlleben authored a book under the title: The Hidden Life of Trees: What They Feel, How They Communicate – Discoveries from a Secret World. The title is suggestive of an amazing claim Wohllleben puts forward. Trees species, just like humans and animals, display different attitudes and “personalities”. Some trees, like beeches, are bullies, willows are loners. Oaks act like families and in general trees act like tribes and protect their own kind. What is fascinating is that healthy trees may support their “babies” or weaker members of the “community” by providing them with the necessary nutrients.

How to communicate with a tree

Apart from science, communication with a tree demands a great capacity of intuition, purity and clarity of mind and soul. Like humans do not have to be linguists or biologists in order to communicate with each other, similarly we are not supposed to know everything about the trees to understand their signals.

The steps you have to follow are the following:

In most parts of the world there are trees. It would be better to go to a forest but even a smaller park is ok if you have no other option. Besides, trees are individuals and you have to pick up the one that matches you the best.

Once you have selected the tree you would like to communicate with, spend some quality time next to it, like reading or meditating. The tree will notice your presence. Avoid manifestations of emotionality, like hugging or kissing the tree and the like. This brings absolutely nothing, since the trees have a different rhythm of interacting. If you want to work together with a tree, you have to adapt to its slow, stable tempo.

Take a close look to the trunk and its leaves. Imagine its roots going deep into the soil. Think of all the situations the tree has experienced in the past. Smell it, touch it. As we said, avoid unnecessary extravagant acts. Everything should be a contact between you and the tree.

Listen to the tree

The tree will send you its vibrations to you, on order to see if you are a friend or a foe. Stay silent next to the tree and try to listen and feel its signals. This will take time and probably it is necessary that you have already spent some time getting familiar with the tree. Try to “listen” with your whole body, this is how vibrations will reach you.

Send your kind vibes to the tree

Show your gratitude to the tree and the whole forest. Stand next to it, inhale and exhale and express (silently) how thankful you are for their gift of fresh air they provide to you. Trees will recognize your positive attitude and will accept you as a part of their surroundings. Through this interaction you will learn much from their wisdom. And if within a forest you may be able to contact the spirits living inside the trees.

PREVIOUS12 Signs that You are Cursed
NEXTDiamond, the April Birthstone