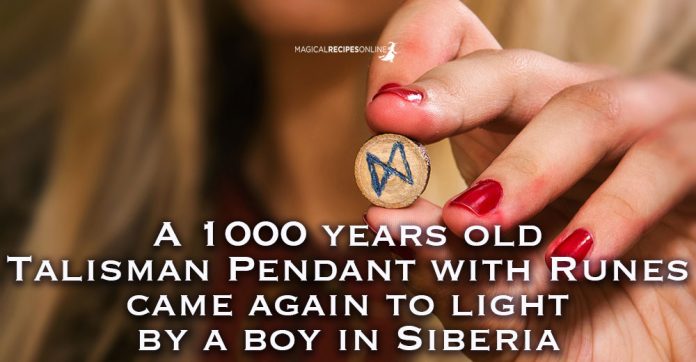 Pavel Yakovlev is a young boy from Siberia, the eastern part of Russia. His village is 100 km. away from Yakutsk, the capital of Yakutia, a federal state of the Russian Federation, actually its biggest area. By the way, Yakutsk is one of the coldest major cities in the world.

Although Yakutia or Sakha federal Republic belongs to Russia, its indigenous population are a Turkic nation called similarly Yakuts or Sakhas. History teaches us that the region was conquered by Russians in the 17th century. Unfortunately, this led to persecutions of the indigenous tribes and their customs.

Traditionally, these Turkic tribes were nomads. Today they largely follow the Orthodox Christianity, but their ancestral religion had been Tengrism, a kind of Shamanism. By the way, the traditional religion experiences a revival in many ex-Soviet Turkic republics of Central Asia such as Kazakhstan or Kyrgyzstan.

While Runic inscriptions out of the 8th to 10th c. are frequent on stones and steles, a “jewellery” of that kind is a unique find. According to some reports, the pendant is made out of a mammoth bone. This adds to the fascination of the discovery.

Although the process of decipherement is still not completes, according to some scholars, the inscription may be a spell for good luck. Thus, the pendant had the function of a magical talisman that protected its owner.

May this message bring bless to the young guy who brought it back to light then!

Read your Future with Runes

A Spell for the Goddess of Love? Ancient script from Crete may have been deciphered

The Ancient Greek “Orphic” tablets: A Guide to Immortality

Sigil Magic: Vegvisir, the Icelandic compass to find your way