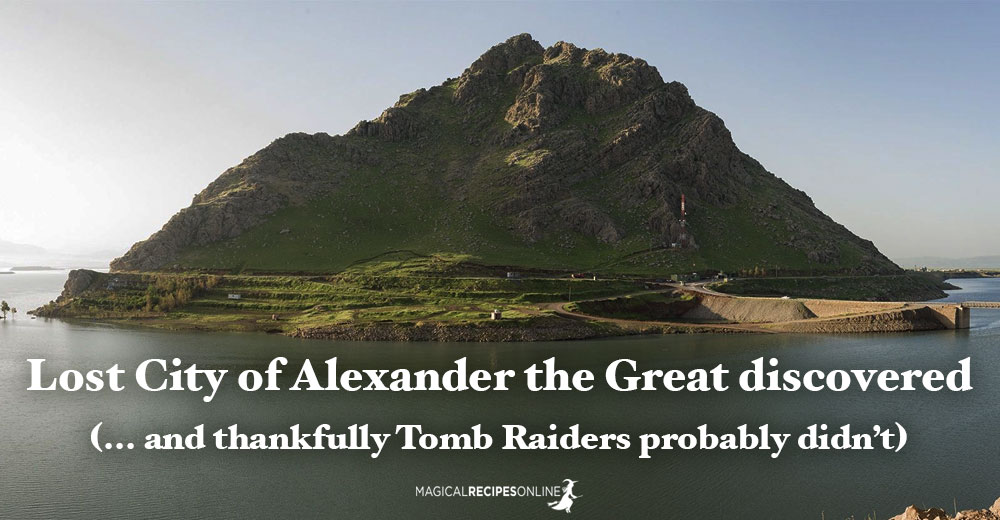 Great news came from the British Museum one year ago, about the Lost City of Alexander the Great. It is not just another ancient City but something really amazing. According to the ancient Historians, Alexander conquered his enemies but he also established a highly sophisticated educational system drenched in ancient philosophy and magic.

Let’s not forget that the mother of the greatest Greek king, was a priestess of Artemis – goddess of the Moon. Moreover, his teacher was Aristotle one of the Greatest Greek Philosophers who taught him science, philosophy and magic. Aristotle asked Alexander to bring him anything interesting that he found during his conquest (herbs, artifacts, magical items etc.) Therefore, Alexander initiated a love for philosophy in all his empire.

After some years, his successors, the Seleucids during the 2nd century B.C. founded a magical city where philosophy and magic was discussed freely. A place where people celebrated life and enjoyed sharing wisdom. According to the ancient historians, it was a fairytale-like city where people came to find peace and enlightenment.

But empires rise and fall and even the Greatest kings die, and so did Alexander and his successors. Thus year after year the traces of this magnificent city began to disappear. It was only few years ago, when scientists from the British Museum, used satellite’s ‘spy data’ to discover this amazing lost city.

In Qalatga Darband, as the area in now known, archeologists discovered a giant worshiping structure which was dedicated to Persephone, Goddess of the Underworld and Adonis, a God of love and rebirth of nature. They’ve also discovered other structures like an amazing fortress.

Unfortunately, there are many reports of ambitious Tomb Raiders, who also using satellite photos and date try to discover ancient treasures (not just in Iraq but all over the world too) for their benefit. There are extremely rare items who are sold in the ‘black market’ under plain sight. Ancient Books, statues and amazing pieces of art are already circulating in the dark web.

Due to the political situation of the region, it was only until recently when the scientists of the British Museum felt safe enough to go there. They started the excavation process and tried to ‘secure’ the site. Let’s all hope that all the treasures will be safe and we outsmart the Tomb Raiders.

Who knows what are we going to discover next…