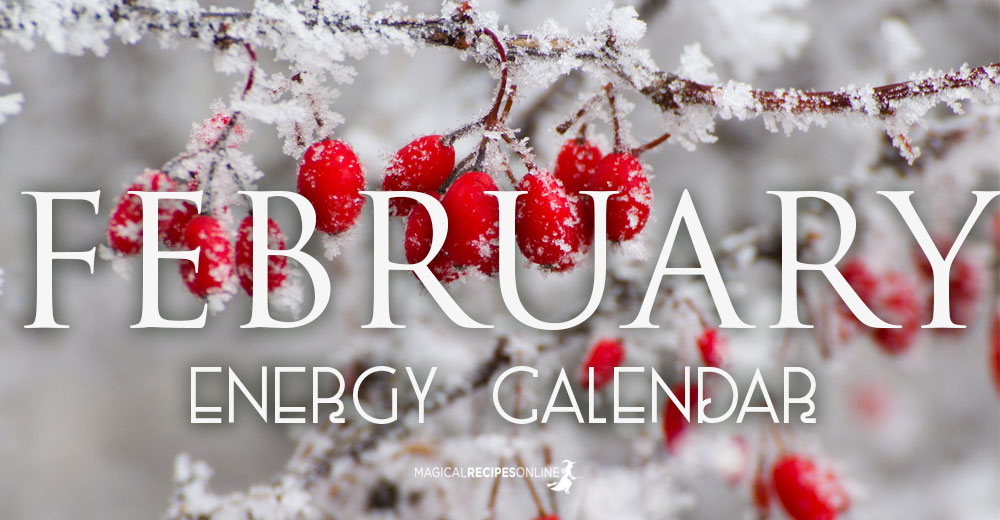 This month is always a busy one for the RoaRW HQ with five birthdays, and this year I have another three hospital appointments to make this February even busier. As with all of the Energy Calender this year they will come from the Ramblings of a Rainbow Witch 2019 Almanac which can be found on Amazon. I will also add a link to a site where you can find out the tie conversion for your little corner of the world.

The Birthstones for February include: AMETHYST for the month of February. GARNET, AMETHYST, OPAL, MOSS AGATE, and SUGILITE for the sign of Aquarius. AMETHYST, AQUAMARINE, MOONSTONE, BLOODSTONE, JADE, ROCK CRYSTAL and SAPPHIRE.

26th February:
* The Moon entersit’s Last Quarter at 11:27 in Sagittarius

I do hope you have a fantastic february, and this energy calender is beneficial.

Here is a link to www.timeanddate.com to find out time-zone conversions for your ara of the world.