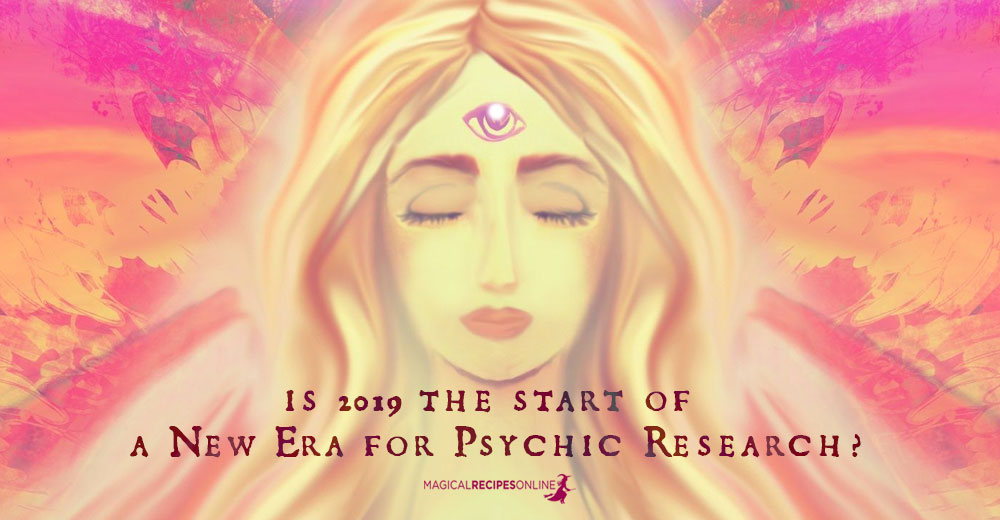 The year 2019 will be significant for the research into whether psychic abilities can be scientifically proven beyond reasonable doubt. This is down to the work of Etzel Cardeña, Professor of Psychology and Director of the Centre for Research on Consciousness and Anomalous Psychology at Lund University, Sweden. Cardeña conducted a meta-analysis of many experiments designed to test for psychic abilities, each of which have been criticised by the scientific community at large. Cardeña argues that when looked at on a collective level, the evidence for psychic abilities is statistically significant.

Cardeña’s research led to the British Psychological Society posting an article claiming that parapsychology (the study of psychic phenomena) has been unfairly sidelined due to existing prejudice in the scientific community against the existence of psychic abilities. As such, tests for parapsychology are held to a much higher standard than experiments in other areas of scientific research.

Cardeña’s findings suggest that further investment is required in psychic research to understand the existence of the phenomena better.

Throughout the 19th century, many scientists tried to tackle the idea of psychic abilities, working with psychics and mediums to prove the validity of the skills they claimed. For example, in 1853 the chemist Robert Hare conducted experiments with many mediums which he claimed showed positive results.

This kind of research activity was formalised into a discipline in London in 1882 with the founding of the Society for Psychical Research. This acted as a model for similar societies in Europe and America. The American Society for Psychical Research was established in 1882. Individual universities later followed suit. In the 1930s Duke University created the Parapsychology Laboratory and launched the Journal of Parapsychology. In the 1950s the CIA started the Stargate Project to research psychic abilities, which continued until 1995. Today there are active parapsychology institutes in at least 30 different countries.

It was Duke’s Parapsychology Laboratory which set the standard for how parapsychological research has been conducted throughout the 21st century. Previously researchers looked for qualitative evidence for the existence of psychic abilities and phenomena. Duke, under the direction of Joseph B. Rhine, started looking for quantitative evidence. Using volunteers from the student body, participants tried to determine things such as which of 5 different images appeared on a card which they could not see. The specially developed card for this experiment, known as Zener cards, are still used by many today in tests of psychic abilities. Following 90,000 tests over many years, Rhine and his colleagues determined that psychic ability is an actual and demonstrable occurrence as participants were able to correctly predict a card at a rate greater than chance.

The most recent case of evidence for psychic abilities being shown in experimentation, but heavily criticised by the scientific community, was the work of Daryl Bem at Cornell University in New York in 2012. Bem’s experiment was a spin on the normal memory test. In a standard memory test, participants are given a list of words to remembers, and then given a distractor task.

Bem turned this experiment on its head. He gave participants a long list of 48 words to memorise, and then asked them to write down which ones they remembered. They were then given a shorter subsection of the list containing only 24 words and asked which ones they recognised. The significant part of the test is which words participants remembered in the first test when they were asked to recall words from the list of 48. Bem claimed that participants were more likely to remember words that would also appear on the shorter 24-word list, despite this list not yet having been given to the participants. He suggested that this was a sign of precognition of the future task and that participants recognising which words would be of the greatest significance. Bem’s experiment has been heavily criticised, and no one has yet been able to reproduce his results.

While quantitative research with the population en masse has been the most popular form of parapsychological research in the 21st century, there is also a tradition of researchers working with individuals that profess to have strong psychic abilities.

In 1877 the German astrophysicist Johann Karl Friedrich Zollner tested the medium Harry Slade in experiments he claimed were a dramatic success. In Japan, in the 1910s Dr Tomokichi Fukurai began to investigate parapsychology at the University of Tokyo. He conducted experiments with a number of well-known psychics including Chizuko Mifune and Ikuko Nagao. Mifune was able to read the content of cards that she could not see, while Nagao was reportedly capable of telepathically imprinting images on photo plates.

Physicist Russell Targ, who worked in the CIA programme at the Stanford Research Institute also reports qualitative evidence for psychic abilities. He claims that a team of psychic viewers were able to find a downed Russian bomber in Africa, describe the health of American hostages in Iran, locate a kidnapped American in Italy, and describe a Soviet weapons factory in Siberia.

While these qualitative examples of psychic abilities are compelling, they too are matched by experiments in which practicing psychics failed to pass certain tests. They also face the scepticism of the scientific community, who often claim that psychics were able to dupe researchers.

The Future of Psychic Research