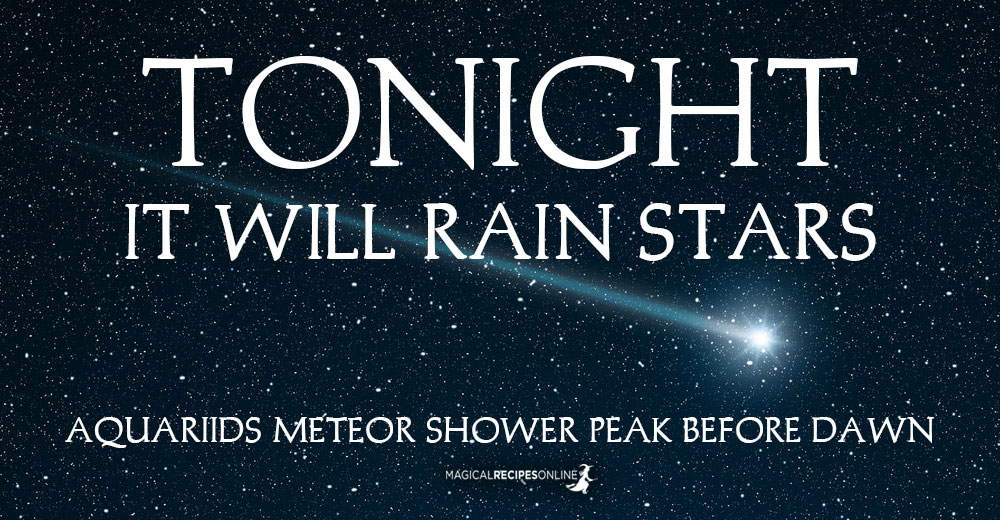 Witchcraft of the Stars has always been considered powerful and it dates back to the ancient Egypt and Mesopotamia. In fact, Star Magic is considered one of the oldest and most powerful forms of Magic. A Star Magician taps into the powers of the Stars in order to collect and direct the energy of the Stars. And Aquariids Meteor Shower is the second favorite spring meteor shower event for Star Magicians.

The Aquariids are a meteor shower lasting from April 19 to May 26 each year. The Eta-Aquariids are one of two meteor showers from Halley’s comet. Their Celestial Sisters are the Orionids, which peak in October.   We usually count a range around 30 meteors per hour. Although occasionally, Aquariids meteor shower may boost up to 60 falling stars per hour! AMAZING! 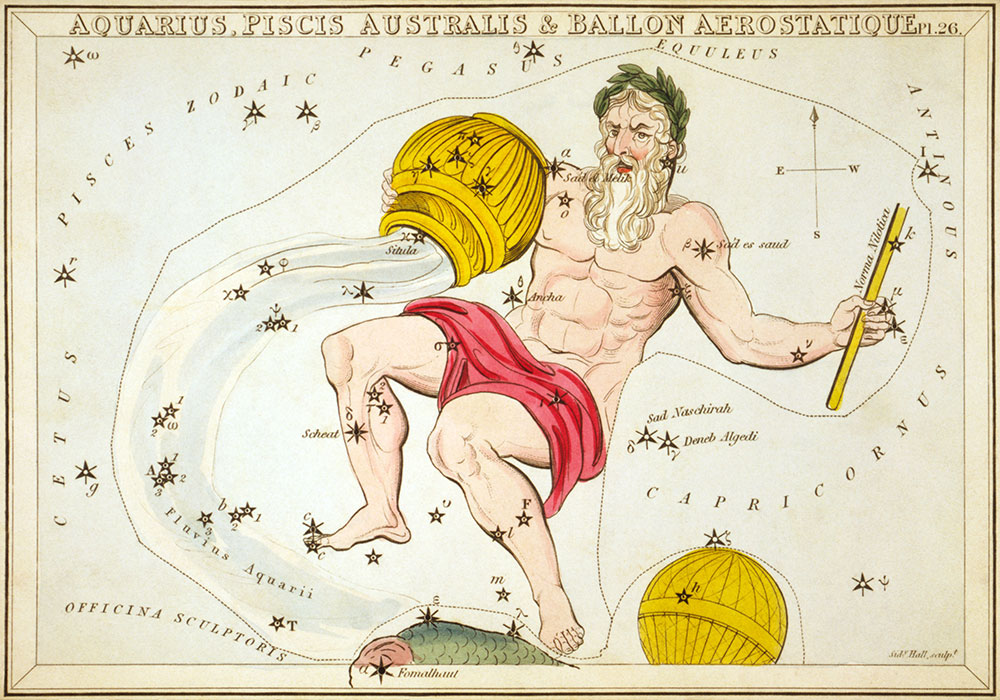 Thankfully, we don’t have to worry much about ‘light pollution’ as the dark skies of the New Moon will help us observe this Miracle!

Aquarius is Ganymede(s). Homer describes Ganymede as the most beautiful of mortals, and in one version of the myth Zeus falls in love with his beauty and abducts him in the form of an eagle to serve as cup-bearer in Olympus.

Occasionally, Aquarids meteor shower may boost up to 60 falling stars per hour! AMAZING!

The Stars coming from Aquarius, are believed to possess mystical powers which can enhance our personal Magnetism! .

The Celestial Mage and the Aquariids