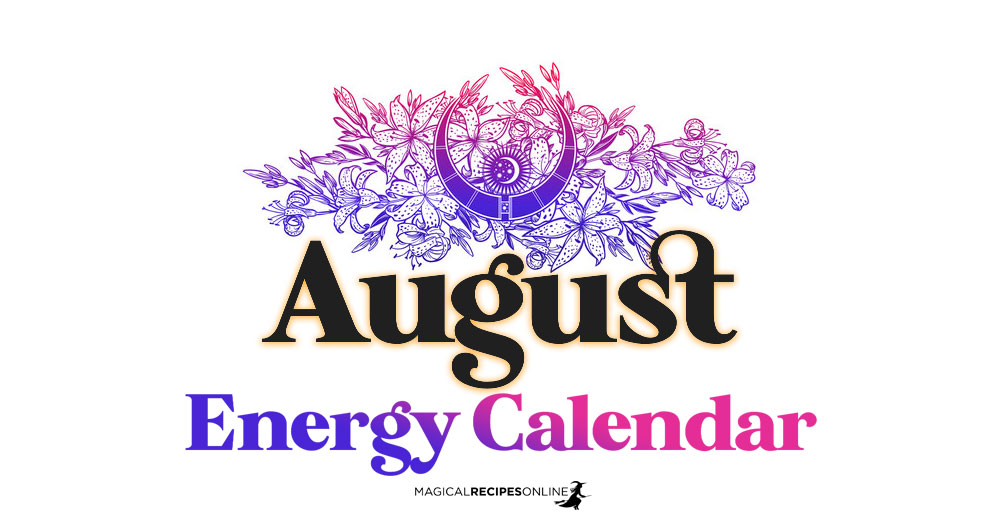 We started August with a bit of a bang, didn’t we? The Black Moon (New Moon), a Sabbat – Lughnasadh in the Northen Hemisphere and Imbolc in the southen Hemisphere and the Lionsgate Portal is open and brigning some vey powerful energies into the world. I don’t know about you, but the energy has been all over the shop the last few days, and I know there are many out there who have been struggling, especially with the recent retrograde phase for Mercury.

Asalways the times mentioned here are in UTC/GMT but you can find a conversion for your timezone at www.timeanddate.com