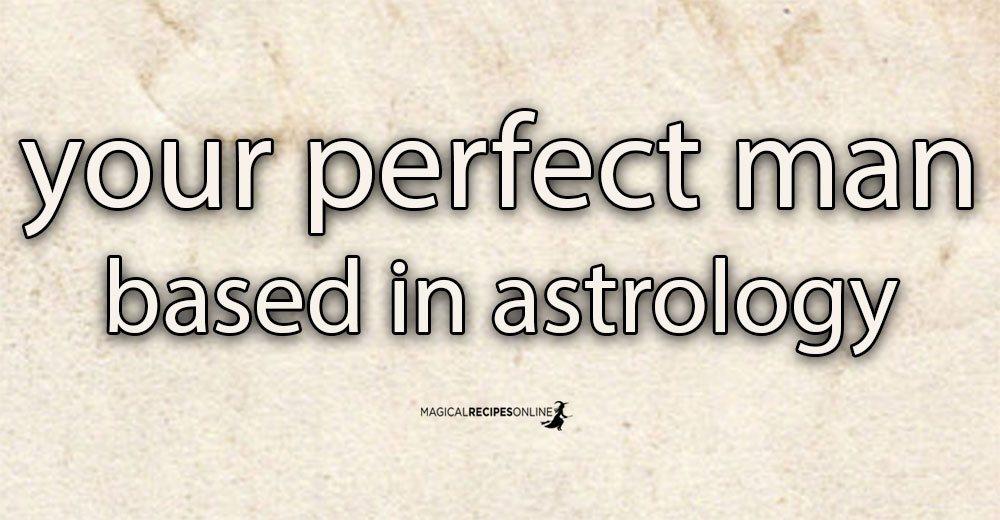 Astrology is an ancient art of seeing the past, the present and the future of anything that is born or made. For if something is born or created, then there is a natal astrological chart. Through this puzzle of symbols and powers encrypted in planets and various other astrological signs, the wise one can see beyond sight. Hence, Mars symbolises the type of your perfect man – if you are a straight woman or a gay man.

The red planets is the embodiment of masculinity, but also the fire that burns inside. It shows our passion and what drives us. In case of relationships, Mars shows the archetype that a straight woman or a gay man is drawn to. Don’t worry, we will soon post about Venus and the perfect woman of a straight man or gay woman. Till then, let’s take a look at Mars.

First things first. Where is your Mars?

Mars in Aries: the Warrior

If your Mars is in Aries, then you are attracted to a straight-forward, adventurous and fun-loving type of guy. He is probably athletic and drawn to troubles. However, he is confident and is ready to conquer anything for the one he loves. He probably rides a bike and values his freedom more than the average dude. Yet, he is ready to give in to love and surrender his weapons and swear to protect and cuddle his special someone.

Mars in Taurus: the Manly Man

If your Mars is in Taurus then you are probably attracted to the more traditional type of guy. He might be rather slow with his moves but he is steady, creative and trust-worthy. A sensual man with a particularly strong and magnetic aura, which embodies masculine power. It’s that guy who is closest to the traditional archetype of a man. Not very fancy, but surely a manly man!

Mars in Gemini: a man with a Plan

If your Mars is in Gemini, then you are probably attracted to the more playful and witty type of a man. He is very smart, fun-loving and loves to play with your thoughts. His voice…oh his voice… seems to have the power to enchant you. Moreover, his ideas – which are very interesting and versatile – make him unimaginably charming. He knows how to catch your attention, even if the looks do him no justice.

Mars in Cancer: a family Man

If your Mars is in Cancer, then you are attracted to traditional and a bit moody guys, with a very sensitive side. Their emotions create something like a magnetic vortex around them which attracts you like a moth to the flame. Thankfully, these are (mostly) good guys who, however, seem to face many difficulties when it comes to marriage. Only when you are ready, this guy will appear in your life and proceed to make a loving family. Mood-swings, though, will accompany them forever.

Mars in Leo: a Leader

If your Mars is in Leo, then you are attracted to the most confident type of guys. They might got the charms – or not – but the clue is their aura of confidence. These are the guys who somehow manage to catch the attention when they enter a bar, or any possible room. Something about the way they walk or talk shows pride and power. Of course, remember, this might just be smoke-and-mirrors, as they might hide, beneath those, their vulnerability. However, a strong and loving person can support this man and help him display his chivalry and grace, in the best possible way.

Mars in Virgo: a Healer

If your Mars is in Virgo, then you are attracted to a more traditional type of guy. The guy who can fix things at home, work in you backyard’s garden and also be confident enough to show support in anything you might ask for. He has the Archetype of the healer, the one you go for advise whenever you need one. An intelligent man with many interests. Although he might seem a bit distant at first, he’s got so many layers to dive into. A confident man who is there to support you without bragging, or showing-off. Trust-worthy and sensitive.

Mars in Libra: a Peacemaker

If your Mars is in Libra, then you are attracted to rare qualities of a man. A man with good manners, who knows how to treat the one he loves. Respect and a charming voice are what makes you go crazy for him. He knows what to say at the most suitable time. Moreover, his love for balance makes you feel confident about him, like you can build an empire together. He knows how to please the one he loves.

Mars in Scorpio: a Magnetic man

If your Mars is in Scorpio, then you are attracted to the one with a very strong and magnetic aura. It’s not how he looks, or what he says. No, it’s something much more intense. It’s his primitive life force which echoes from the depths of this soul. He is a true survivor, the one you can trust with your deepest secrets. A man with hidden charms and secret powers. He is complicated but you just love that about him.

Mars in Sagittarius: an adventurer

If your Mars is in Sagittarius then you are attracted to this type of man who makes your mind travel all the time. He loves adventures – even mental ones. Therefore, every day with him has something interesting to give you. He is truthful and loyal. Moreover, he loves sports and has a lust to know more – by travelling, or studying! There is something about this man that makes you smile a lot. Probably a very good sense of humour!

Mars in Capricorn: a boss

If your Mars is in Capricorn then you are attracted to this type of man who can inspire stability and security in you. His looks, his voice, even the way he walks show power and confidence. There are secrets about him, but you know that he is true to you. A stable and ambitious man, who knows how to conquer what he wants. Hence, a very good husband, a man you can count on.

Mars in Aquarius: a pioneer

If your Mars is in Aquarius then you are attracted to this type of man who can catch your attention and derail you from your usual patterns of thinking. This is a very very unique and interesting man. Hence, a man who doesn’t look, or feel like most guys. A special and ambitious guy who wants to travel the world and continue learning even when the years go by. He might look unique, or talk, or walk uniquely, but, for sure, he won’t be a usual guy. However, deep inside this man there’s a need for a stable and successful relationship.

Mars in Pisces: a book of secrets

If your Mars is in Pisces then your are attracted to this type of a man who’s like a book of secrets. He is so charmingly complicated, that you want to devote your life in unravelling his secrets and in living in his weird – yet – interesting world. This is the man you fall in love with his eyes. He’s got the heart of an artist, even if he works in a very simple job. He might look helpless but he is much, much more than this.