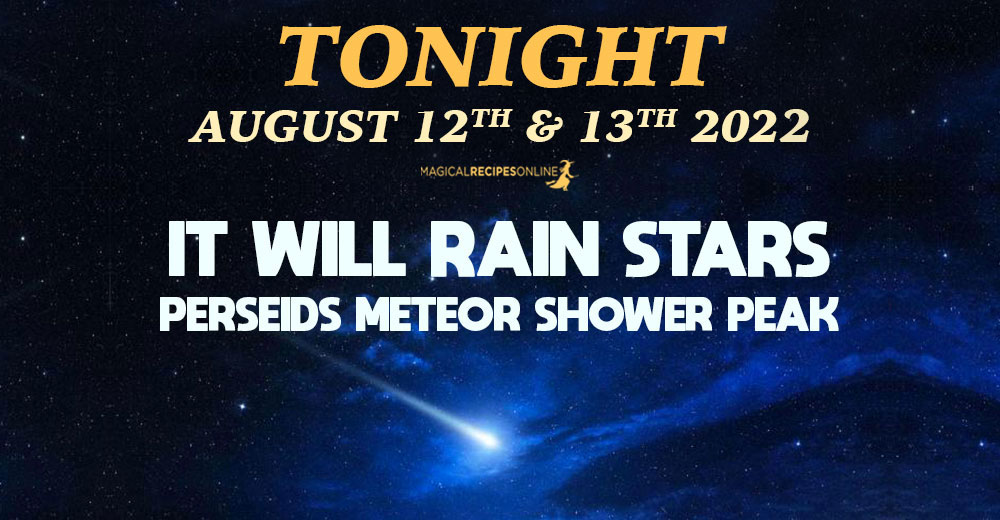 Star Magic & the Ways of the Stars: Perseid Meteor Shower 2022 will peak on August 12 and 13. We expect a spectacular number of falling stars and fireballs with much Moonlight! Tonight, it will rain stars … AND FIREBALLS!

The Perseid Meteor Shower 2022 – the Most interesting one?

The moon is not favorable for the Perseids this year as we’re in the Full Moon phase, but that also makes it extra magical.  Hence, the moonlight is not going to spoil much of Nature’s  unique show, as the Perseids are very bright plus very rich in fireballs that will brighten up the sky in a magical way.  So tonight, we are going to enjoy the most spectacular show of Nature!