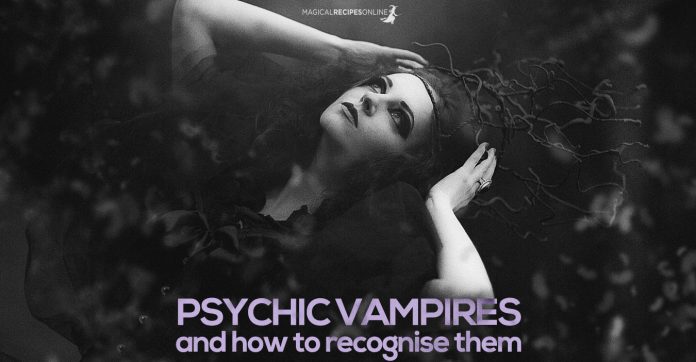 The Psychic Vampires the lore, the truth and how to Recognise them

Although there is not such an extended bibliography concerning real life incidents of psychic (or energy) vampirism, possibly because of the lack of material evidences even in the true cases, the belief in energy sucking vampires is more common than the one of the blood sucking ones.

Maybe the most ancient known history of psychic vampirism is the one of Lord Krishna. Lord Krishna sucked the life energy of the man-eating and blood sucking vampiric female demon Putana, who tried to kill him while he still was infant. Although Lord Krisna is avatar of, and therefore the same as, Great Lord Vishnu and not a vampire, what he does is indeed psychic vampirism. Also, interesting enough is that after killing her, people cut her head and burned her, just as later would be done to the blood sucking vampires. 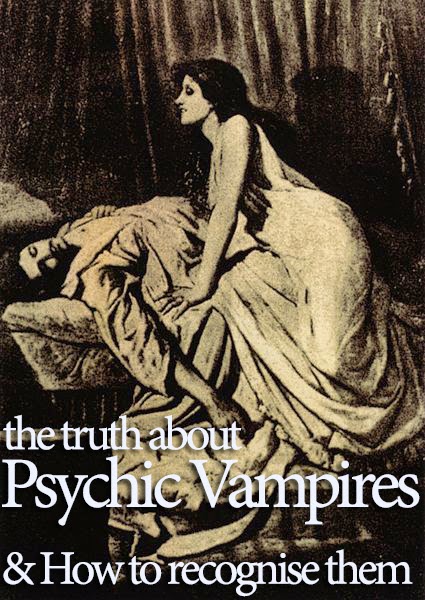 The vampiric demons do their job usually during darkness. Most usually they appear to have much greater power during night time, rather than when Sun is up. They can suck a person to sickness or even to death. This doesn’t apply only to Hinduism, but generally.

There are also vampiric demons that are not just vampires.

Still without material body, but not demonic in nature there are the astral vampires. These are either energy sucking astral beings, or the spirits of dead humans that through the help of a vampire demon, during their life time, have become human (energy sucking) vampires and after death they remained in the astral plane as astral vampires, unable to move on.

Now, every ghost vampirises, for the ghostly state is not healthy. The ghost is a spirit of a dead human that is still in the earth plane and not in the spiritual one as it would be healthy to be. Without having a body anymore, every ghost needs to vampirise on the livings. But this doesn’t make the ghost a vampire. Although there are two kinds of such beings that are indeed vampires as they suck too much energy all the time. These are the so-called hungry ghosts and the so-called shadows. The last kind are ghosts of humans intentionally created by a dark wizard in order to serve him. They are something like the voodoo zombies but without material body.

The first category has three sub-categories. People that become vampires through the help of a demon vampire is the first sub-category. I have mentioned them as astral vampires, after their death previously. Then, there are those who through astral projection go, bite and suck the energy of other people. The third sub-category, are people who have mastered the way of sucking energy from other people around them. The main difference between the third sub-category and the other two is that in this case the victim must be near or even in touch with the vampire, while in the first two sub-categories the vampire can travel long distances in a non material form.

The second category includes people who without their awareness do exactly what the vampires of the third sub-category do.

I must make clear something. Energy vampirism is a natural ability of all people. Sick and unhappy people vampirise over their friends, relatives etc in order to obtain again their energy balance. We should not consider these people as vampires. All people receive most of the spiritual energy they need from the Divine Source and the Universe. The rest is generated from the alteration of the body energy, gained through food, to spiritual energy. Living vampires are those people who gain most of their spiritual energy by sucking it from the others and not from the Divine Source and the Universe.

No matter what a demon may say, vampirism is neither good nor healthy for the vampire, and of course for the victims. It doesn’t help avoiding death, or becoming more powerful. The vampire will die and he or she will not have the blessing of resting in a peaceful place. On the contrary they will still stress their selves to find food. Although in the beginning may seem to become more powerful, in long term, as they vampirise they lose their ability to absorb energy from the Universe and the Divine Source and they are not even able to absorb energy of good quality from their victims, and so they are surely going to become much less powerful than before starting to vampirise.

So, if you think you are a psychic vampire, stop vampirising and start reconnecting yourself with the divine power. If you think you are victim of vampirism, use peppermint for now, and more help on how to protect yourself against vampires both energy and blood sucking ones is coming.

If you want, take the test here and find out if you are a victim of energy vampirism.

That’s all for now. Have fun and be protected.