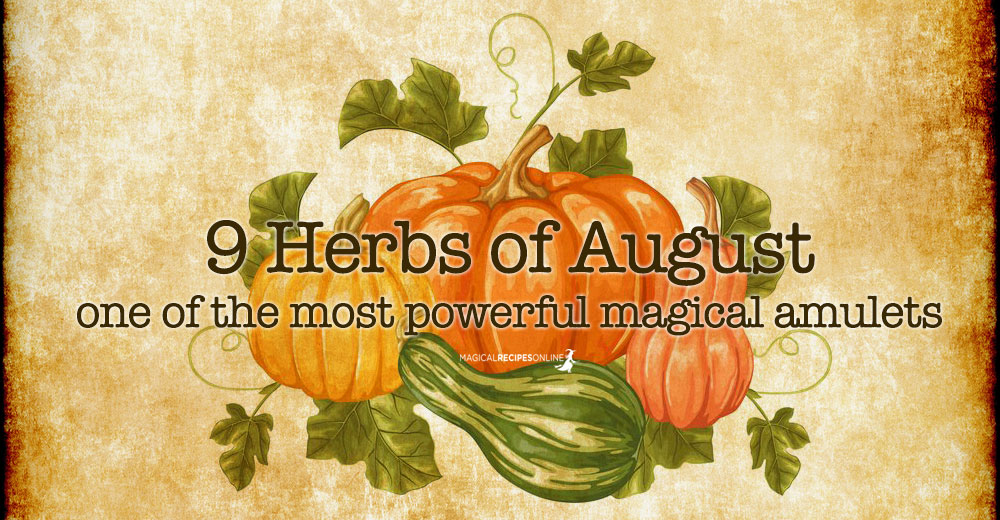 Lammas Day Spells & Magic, the Ultimate Magical Charm: the 9 Herbs of August. There is one Recipe for Magic during the Lammas Day / Lughnasa – Lughnasagh so highly reputed over the ages that survived in Europe even during the dark Medieval times.

Magical Recipes Online searching deep over numerous dusty Books of Shadows and rusty Grimoires managed once again to give our readers the Ultimate Spell for the powerful Lammas Day, the Lughnasa.

the Ultimate Magical Charm: the 9 Herbs of August

This extra powerful amulet is sometimes called as the Nine Herbs of August, or August Herbs. The Christians adopted the knowledge of their ancestors devoting this Amulet to Virgin Mary. It was said that by devoting this Herbs to Mary they would be protected all year and be blessed.
The Recipe requires nine herbs cut. For extra potency of the herbs they should be harvested the August Eve, on July 31. The Books of Shadows suggest that they should also be gathered by the one who casts the spell and with bare hands.
No metallic / iron knife should be used, only ritual crystal knives some Books of Shadows suggest. Some also point out that the Mage/Witch/Wizard/Socercer/Shaman should be walking barefoot in nature while searching for these herbs.
TIP! Because Magical Recipes Online is a  free Magazine on Occult and Magic which is addressed primarily to Modern people, we understand that most of these directions are inapplicable to nowadays. We advice you that if you cannot avoid the directions do it anyway! The spell will still be powerful and you can always repeat it every year and empower it more.
TIP! Gathering herbs and spring water for Magical Purposes (Spells and Rituals) is often refered in Books of Shadows and Grimoires as a silent practice. “Silence is Gold” is a very famous alchemical proverb which probably derives from depictions of Isis, the Mistress / Goddess of Magic who suggests Silence during spells. 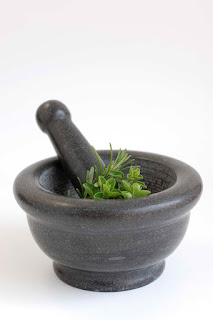 The 9 Herbs that should be gathered are:

The Powerful Amulet – Magical Charm of the August Herbs will help you:

* by blessing the Whole New Year with Health and Vitality as well as Sexual Virility
* by protecting you from malevolent forces
* by aiding you in Spellcrafting
* by creating a Romantic aura around you enhancing your Charms and your Love life
You can just gather the Herbs and put them together in the Sachet but you can also charge them with a certain desire you want especially if this desire of yours matches the list above. To charge your sachet close your eyes, do the Hatha Yoga exercise and focus for several minutes to what you wish holding the Sachet in your hands.
support the FREE ONLINE MAGAZINE ON WITCHCRAFT,
Magical Recipes Online
Discover, Play, Love!

PREVIOUSElemental Magic of Rose Water: The Magical Ink for Wishes!
NEXTHow to Make and Use Four Thieves Vinegar