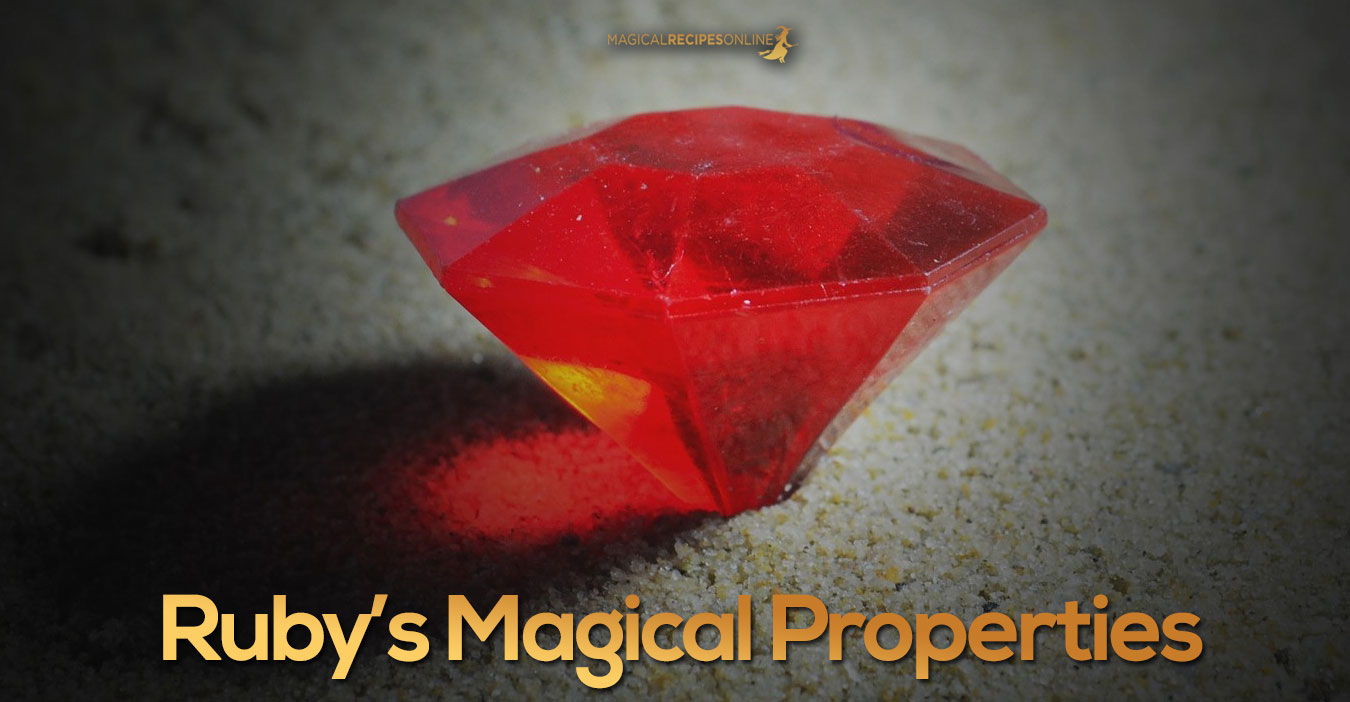 Crystal & Gem Magic. Correspondences, Lore and Magical Properties. Ruby, the King of Gems. Ruby, one of the most highly-valued, one of the most precious and beautiful stones one can ever find. A gem so precious that thousand of references can be found in historic texts about this blood-red beautiful stone. The lore for this stone is huge, the alledged powers legendary and the stories uncountable. So Magical Recipes Online will once more give you handy information about a stone we actually love so much!

The grimson red colour of Ruby comes from the aluminium oxide. It is one of the four precious stones, the four kings of the Gems: Ruby, Emerald, Saphire and of course Diamond. The four kings are usually identified as the Earthly representation of the Four Elements.
Ruby for Fire,
Emerald for Earth,
Sapphire for Water,
and Diamond for Air!
The four precious stones can be represented as a symbol / idol of the Element. Of course there are cheaper ways to do that but for an Wizzard or Witch of Earth this precious stones are really useful.
It is a precious stone and it will cost you hundreds or maybe thousands of dollars/euros to buy one but you can also find tumbled Ruby stones valued few dollars (10-20USD/EUROS). Trust me. They WILL do the job! 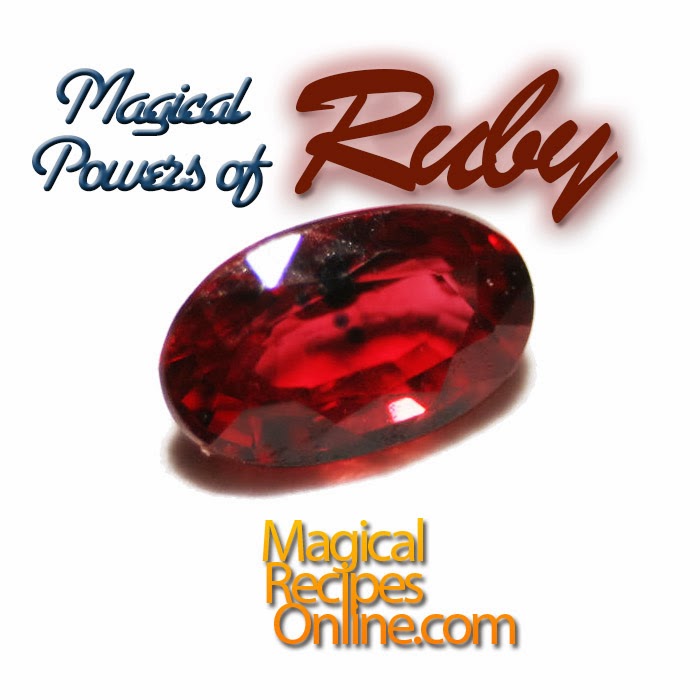 Ruby is associated with the Sun and Mars in both religions and alchemy. Ruby is considered the stone of Planet Mars and the birthstone of Aries, Leo, Capricorn and for some authors and scholars Virgo! Those who belong to these signs or wish to enhance the powers of the planet Mars in their lives they should get a Ruby! It is also believed to have the powers and quality of the tarot card “the Emperor”.

In eastern traditions Ruby is devoted to Buddha, Lord Surya and Lord Krishna. Especially in India  but also everywhere Ruby is highly valued as the precious stone which maintains and enhances wisdom, wealth and keeps away evil witches and evil wizards.
There is a legend which sais that the Ruby bearer is protected from physical harm and when something bad is going to happen the color of ruby turns to dark red or grey! Fortunately I didn’t have the chance to check on this legend but the truth is that in many ways Ruby have helped me.

The Magical Properties and correspondences of Ruby are numerous and this beautiful gem can be used in:

There are many legends which state that Ruby is a magnet for other precious stones. The one who possesses it is highly likely to possess more and more gems because it simple believed to charm and attract them! This legend is maybe a metaphor for the wealth-enhancing abilities of the Ruby. Wear or keep one in your wallet or your purse to enhance money attracting spells!

Because of it’s alchemical association with the Root Chakra, the chakra associated with planet Mars and sexuality, Ruby is believed to enhance sexual appetite and male virility! It is believed to bring passion to the one who bears it and also is believed to raise the temperature of the human body (sexy stone!! :-)! It may be a metaphor for raising our passion for life but due to my experience ruby has really boosted my sex life! You can create a charm with it to attract lovers (straight or gay lovers), we will show you how in another post!

This gem is considered to create a protective shield around the bearer, keeping him/her safe for physical harm and accidents. It is also believed to help healing process especially from diseases which have to do with the Heart and Blood. Of course you can try that if you suffer from an illness but always follow the directions of your medical doctors first!

Its energy is considered so great that it helps the witch/wizard to grow his/her powers and perform magic in a more productive and efficient way! Meditate holding a stone before casting a spell, it will bring better results to you!

Keeping one under your pillow is believed to vanish nighmares and enhance lucidity in dreaming. It is also believed that the one who sleeps with it has more intense dreams and will wake up happier! It is believed to have anti-depressant abilities!

It is believed to scare evil entities and energies away from the one who wears of holds one. Rubies martial energies fight evil for you especially if you charm one for this job! If you are facing a more difficult or complicated magical problem or attack, do use a Ruby but also refer to a professional you trust! Magical Recipes Online will help you with that too!
TIP: Keep always in mind that if it cracks even by a way that seems irrelevant from magic, return it to the earth and buy a new one! The same applies to any stone used in magic, especially the ones that are used in Dark Arts Defence!
Now that you know the Magical Properties of Ruby all you have to do is buy one! Even if it’s your first time you buy a gem, it is absolutely the most suitable one to start your collection with. Spend few bucks / euros and tap into the powers of this magic stone.
To activate it choose Sunday, the magical hour of Sun. If you want to use it mainly as a protective stone chant 9 times:
Ruby, Stone of Fire and Sun, I activate you with Love,
Protect me from the Right, Left, Below and Above!
In India, it is considered the Stone of Lord Surya and you can use the Mantra of Surya to activate the Ruby:
Aum, Grinih Suryaya Namaha
which actually means
Blessed it be Thy Name Surya

(More details on Surya you can find in our detailed article of Lord Surya and the article of Sun in Vedic Astrology!)

>
PREVIOUSSelf Hypnotic and Meditation Techniques : Inducing the Hypnotic State
NEXTAnubis, the Gatekeeper of the Great Beyond 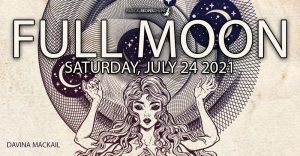 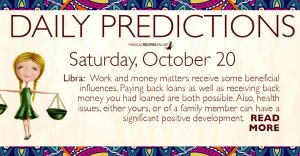 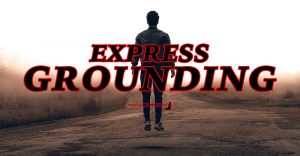 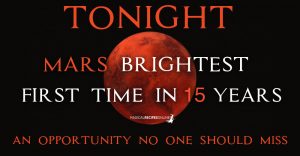