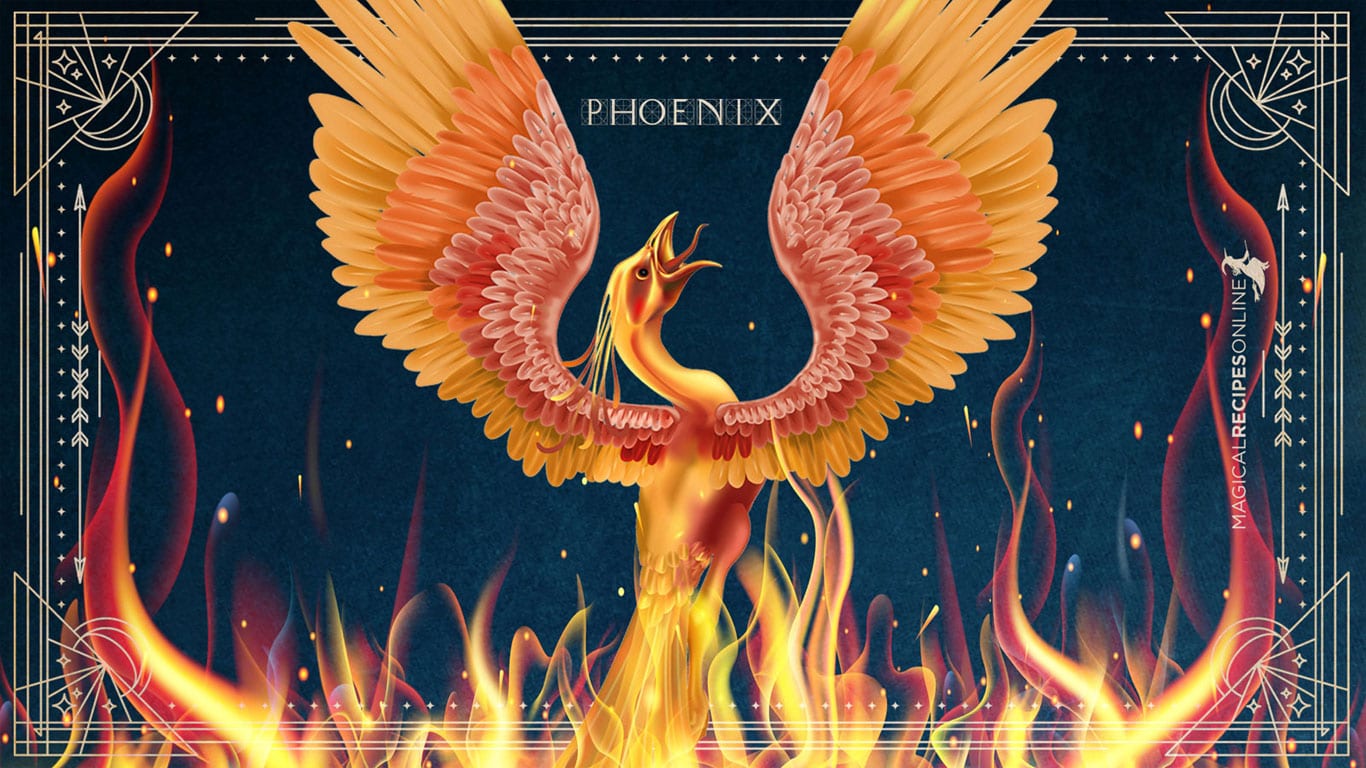 Why Summon the Phoenix? Well, for starters, what can someone write and say about the Sacred Phoenix! He is the Holy Bird Spirit, the King of Fire, the Great commander and Father of the Salamanders. As you have already read in the most detailed article of the Web, the Phoenix is the Soul of the Sun (Ba of Ra, the Sun God), the personification of the Circle of Sun, a symbol common in every ancient and great civilisation.

Although Phoenix is not worshipped as God, he is a universally respected Spirit summoned for inspiration and blessings! (Find our More reasons to Invoke the Phoenix in this article). Because of its unique correspondence with Fire and the Sun, the Phoenix could be invoked during each Solstice and Equinox, especially the Summer Solstice (Litha) and the Winter’s Solstice (Yule).

The Book of the Dead

This spell could also be named “How to Transform into Phoenix” or “How to become a Phoenix” spell. The invocation itself comes from the Ancient Egyptian Book of the Dead (or “Book of Coming forth by Day” or “Book of Emerging forth into the Light” as it is translated from Egyptian).

The Book of the Dead is one of the most ancient Book of Spells (Book of Shadows or Grimoire if you are more familiar with the term) ever been found. It is constisted by several hymns, prayers and spells which can be used by the Soul of the Dead as assistance through it’s journey in the Underworld. Magical Practice and Spell craft (Heka) in Egypt was crucial and really important. It was believed that the Written and Spoken Language contained powerful Magical forces which could assist anyone to achieve Goals, even influence the Gods to judge their souls more indulgent and forgiving.

We were helped by the manuscripts of many scholars like Wallis Budge and the University College London UCL. We tried to give you the best and most valid translation of this Incantation in order to perform better your spell!

This spell could be named “How to summon Phoenix” yet it’s not, because although we do believe that the Sacred Spirit will come if you call out for him with Love and Respect, you are not able to force him to as he is a higher entity. You may find many spells named as: Summoning Phoenix Spell, or How to Summon the Phoenix etc. but most of them are refered to the demon with the name Phenix of the Solomon’s Key. Remember that as we described in the Article of Phoenix, the word Phoenix just means the Red / Crimson one. To avoid missunderstanding and Black magic, call the Phoenix with the Sacred Egyptian name Bennu / Benu, or call him as Sacred Phoenix.

Always take Fire Safety Precautions when you use Fire, Bonfires, Candles and whatever flammable. The Element of Fire requires Respect.

How to Summon the Phoenix:

The Invocation of the Sacred Phoenix (Bennu/Benu Bird) in the Book of the Dead, Chapter 83 (LXXXIII):

I flew up and out of the Primeval Waters, and I came into being like the God Khepra (the Divine Scarab). I grew like the Plants, I am concealed like the Turtle.  I am the essence of the Gods. I am Yesterday of the Four Quarters of the World and the Seven Urea who came into being in the West. Whom Horus has illuminated by his hand  and witnesses against Seth, where Thoth dwelled in the middle for judgement, as judge on behalf of Sekhem and the spirits of Annu (Heliopolis). He was like a stream between them. I have come. I rise up on my Throne. I become the Shining One.  I am Mighty. I become holy among the Gods, I am the God Khonsu (the Moon) who drives back all that is opposed to him.

Have a Blessed Solstice! the invocation of the Bennu Bird is donated by the High Priest of Bennu.