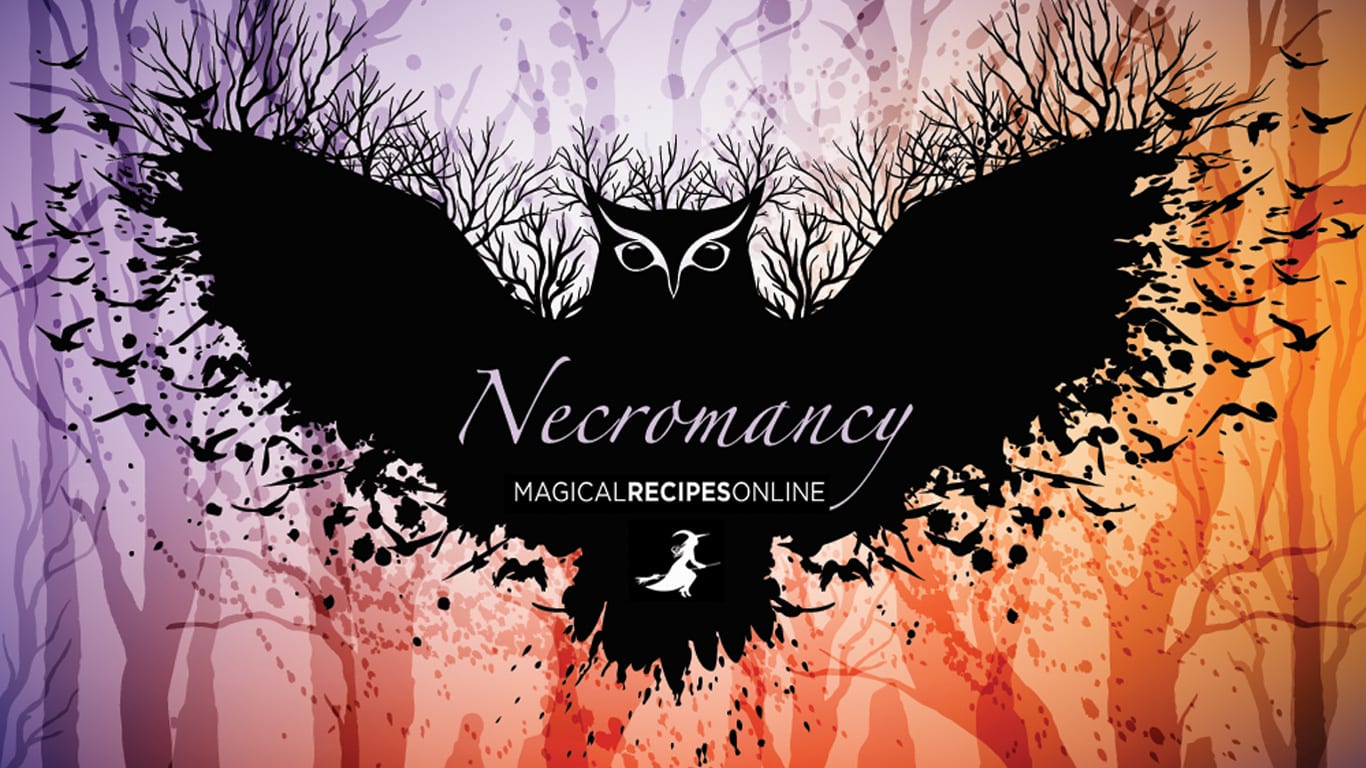 Necromancy is an ancient divination art which intends to establish contact with Spirits of the Dead. It comes from the Greek words Νέκυς/Νεκρός = Dead and Μαντεία = Divination. The Greeks considered Necromancy the sacred duty of the Priests and Priestesses of the Lord and Lady of the Underworld – the Mighty Hades (brother of Zeus and Poseidon) and the Enchanting Persephone. Necromancy was performed under the guidance of the Priesthood and many people took part in those kinds of ceremonies.

A Guide to Necromancy

Below you will find the Guide of how Greeks performed Necromancy. Yet, although the definition of this significant Craft is Greek, the Craft itself was established in many other civilisations such as the Egyptians, Romans, Druids, Shamans and Voodoo priests and priestesses.

But before we proceed with Necromancy we have to clarify some things first. Modern translation and use of Necromancy, as you may have encountered it, is usually associated with a Black Magic process, unfortunately, in which a soul is forced (by many ways) to do the Magicians” biddings. In some texts acts of desecrating sacred grounds – as cemeteries are – and invoke dark powers are not uncommon. Please be aware that if you are involved in such practices, this will ultimately harm you and affect your physical life and karma.

Is Necromancy Good or Bad?

Regardless if this process is true or the biddings are finally done by other dark spirits and not the souls of the Dead (as the Souls do not belong to anyone), the point is that messing with this Kind of Magic is truly dangerous and poisoning in so many ways. Even when we engage with pure forms of Necromancy, we have to be extra careful and make additional preparations as the energy of the Dead are not compatible with the ones of the Living, thus obsession with the Dead (as with Elementals and other entities) may affect your aura as we discussed in the Initiation to Fairy Witchcraft.

Necromancy, the Real one, is an Art which few possess and all would agree that it is a very advanced form of Divination & Magic, as it requires persistent cleansing rituals – before and after the spell and contact with the dead – to avoid any harm of the Aura. Let”s take a look on how Greek did it…

Τhe Necromanteion: the Temple of the Lord & Lady of the Underworld.

The Ancient Cult of the Dead

The Necromanteion is located on the banks of the Acheron river in Epirus – Greece, near the ancient city of Ephyra. Acheron was a sacred River believed to begin from the Depths of the Realm of the Dead, the Kingdom of Mighty Hades. This was the most significant Necromanteion of all as it was believed to be the Palace of Hades and Persephone. Mysteries and whispers of paranormal activity surround this Temple.

What is surprisingly interesting is that the main Hall of the Palace is built in such a way that no sound can travel once you are there. That’s because the limestone of the walls absorbs any kind of external sound thus creating a monumental acoustic effect. What is even more interesting, the acoustic of the place is such that all internal sounds are maximised! Possibly to aid the devotee to communicate with the SpiritWorld. Rumour has it that Nazis have tried several times to manifest Persephone, the Queen of the Underworld. They believed that it could aid Adolf Hitler conquer the World. Of course it was unsuccessful.

What where the steps the devotees followed to contact the Dead?

The one who wished to participate in a Necromantic ceremony was made aware that s/he will have to face some challenges as the process would not be easy:

the Labyrinth you should enter in order to find the truth

How to Ask for Guidance from your Ancestors

They are not (at least not always)! Actually in order to contact a Departed Soul, the ancient Greeks believed that this human should not have died long before the ceremony. The closer to the departed’s actual death, the more inclined the spirit was to contact with the World of the Living. Probably that”s because the Soul of the Dead “flies” over different planes or maybe reincarnates…

Once you”ve defined what your question is bear in mind two things:

When & how to invoke the Dead?

During the New Moon (aka Dark Moon symbolising what is not seen, what has already happened and what is still in the SpirtWorld waiting to manifest) or even better Halloween (where the Realm of the Dead and the Realm of the Living co-exist at some part) light a small fire of Privet & Acacia wood.

Leave a picture of the Dead on your altar and cleanse it with a “Cleansing oil”. Leave an offering  of something that”s his/hers or something, s/he would like for example “a dish of sushi!!”

Before you go to sleep throw some bay-laurel leaves in the Privet-Acacia fire. Furthermore, ask for his/her help to guide you. Pour a glass of Red Wine (which symbolises blood and the energy of the Living). Now leave it on the altar offering it to him/her. Invite him/her with love. Speak from your heart and be honest. Then extinguish the fire and go to sleep leaving the offering behind undisturbed. Whatever has been offered belongs to the Dead to do as they please with it. Thus, it should not be removed until the following day.

The next day bury the offerings. Write down your experiences.

PREVIOUSMagical properties, powers and correspondences of Turquoise
NEXTMoon Phases and Magic. The Moon is a Boon !