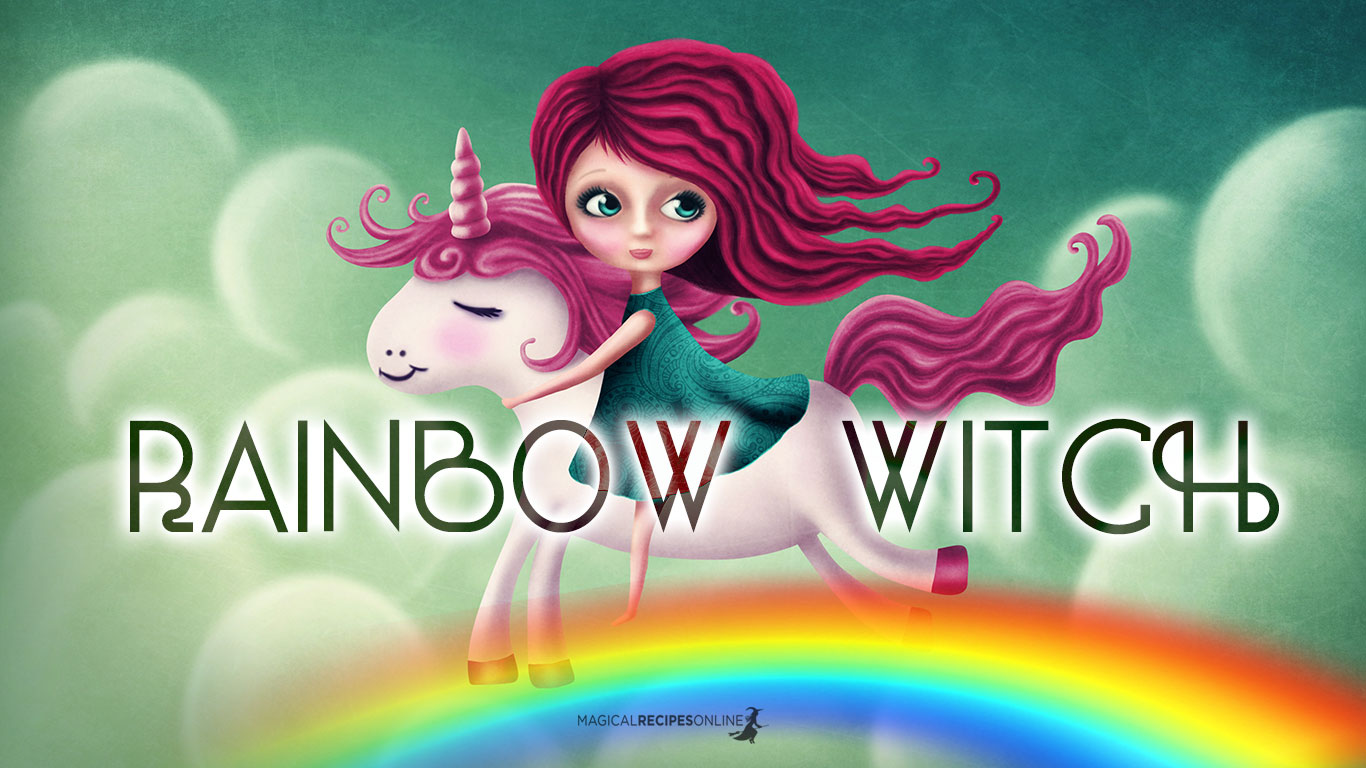 I thought i would introduce myself properly! I’m Nixie, and I am the mad hatter behind the Ramblings of a Rainbow Witch page and group, and the one question I am asked the most is “what is a Rainbow Witch?”

As a Rainbow Witch my path is very eclectic, but I also have a deep connection to, respect and love of colour, and the part it plays in my life, and in nature and it’s healing properties. I am a very “colourful” person when you get to know me, I am as mad as a hatter, with glitter and a glue gun. (click here for Colour Magic)

Being a Rainbow Witch means that I honour all the colours and shades that nature has to offer, the good, the bad and everything else it can throw at me. I respect all the different paths that are out there, and I hold no judgments in my heart.

It is also the Unity of Light and of the Universe for me, it’s a divine force within itself. Colours are a big part of my life, and I have a deep connection to rainbows and refracted light from prisms. I believe that colour has powerful healing properties of its own. (Oh, ans I love pink… lots and lots of pink)

The term actually came about as a sarcastic comment to a woman demanding to know if I was a “white” or “black” witch. So I retorted with I’m a Rainbow Witch. Little did I know that months later that little comment would become such a big part of who I am.

It will mean something different to another person who calls themselves as a Rainbow Witch, but this is what it means to me, the “original” Rainbow Witch.

When I began following a pagan path, I found that so many things were calling to me, and from learning all of these different things from many different traditions, I have become a better and fuller person.

Being ‘Eclectic’ means that I don’t follow one specific path with its rules and beliefs. Instead I learn, read and research about a wide range of different paths and traditions, and most importantly, I learn about what feels right to me. Every new thing that I learn, becomes a part of who I am, a part of my own spiritual path, and in doing so, it changes me just a little bit each time.

At this point in my life, I feel like I am the best person I can be, and this is, I think, due in part to the spiritual growth I have attained and the fulfilment it has brought me. Do I want to stop growing? Hell no! I never want to stop learning and discovering new and exciting things. This is one reason I don’t want to give up on writing articles and working toward writing “The Rainbow Way”.

How to be a Rainbow Witch?

A book about my experiences while walking my path and the things that I have learned along the way. In the space of the last 5 years I have been researching the different paths and traditions I have learnt new things, and I have also remembered things I have seemingly long forgotten.

Sometimes I will read a book, an article, or research a subject and I will take a lot from it and incorporate it into my own practices, but there are other times when I will take nothing from it other than the knowledge that I have gained from doing it.

“There is no right or wrong way to practice being a Rainbow Witch.”

If I feel like I want to study Shamanism or a certain Pantheon of deities I can do that, and I do. If I want to learn a new form of divination, or work on my chakras I can do that too. There are times when I do no studying at all, and I just practice and live what I have learnt, what I already know and believe.

I could never imagine leaving this path, at least in this lifetime. I feel that I can achieve all that I want and desire in my life both physically and spiritually. I will continue to learn and grow.

I hope this has answered any questions that you may have, or might have had. There are so many different paths out there to follow, but the best one for you is the one you choose for yourself.

Nixie Vale is the creator of the Ramblings of a Rainbow Witch page and group on Facebook. Nixie has always had a gift with words, and she has combined that with the deep love and passion for her craft, and her fascination with history. Nixie has a profound connection to colour and it’s use in magic and it’s psychological effects, she has always had an interest in the natural world, from animals to crystals, and Nixie has taken all of these and fused them with her love of literature.

As a teenager Nixie began learning Tarot and she has also learned about other forms of Divination and incorporated these into her repertoire of skills. Nixie is also a very creative person, having crafted jewellery, sewing and a plethora of other interests. Nixie has been writing about witchcraft for the last 6 years, and after being urged to share these ‘ramblings’ she created her page. Nixie is a trusted member of the facebook Pagan community and has worked with many in different ventures

PREVIOUSLitha Deities
NEXT10 Animals as Omens when they cross your path