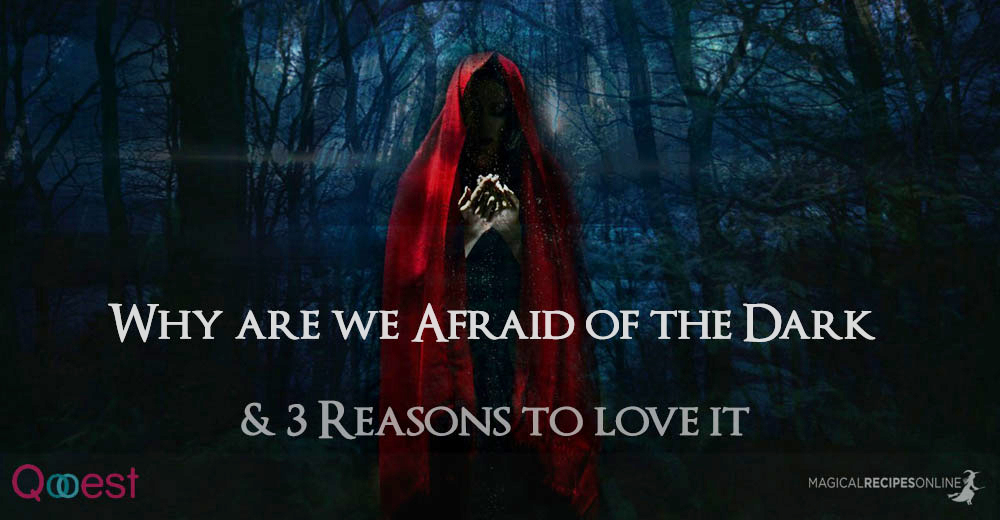 The Witchy Pointy hats are black for a reason. And there is a quick answer to help you get over it. Witches do not equate Darkness with Evil. There you go. That’s it. So simple. We are not afraid of the dark as darkness is our ally, our friend.

Why are we Afraid of the Dark?

There are many answers for this question. However, we will answer it as Witches.

Since childhood we are raised in a religious society where ‘darkness’ is used to describe and refer to evil. Modern culture has also adopted this childish mindset. Thus, we are raised to fear of the dark as the forces of Evil. Especially in Jewish religions Darkness is a synonym to the Evil reign. Devil is called ‘prince of darkness’. This probably happened because at some point, when these religions dominated Europe, Pagans used to gather up at night worshipping the Old Gods and Goddesses.

Especially in Europe, the term ‘witch’ was often used to describe priestesses of Artemis (Diana in Latin) which continued to worship the Moon at night. God knows what fundamental christians understood by watching the priestesses of the moon dancing at midnight…

Yes, sexism. Imagine that according to ancient beliefs, this world can be divided into two major categories. The Light and Shadow also known as Yin and Yang. In this material world it’s all about balance. Sun and Moon, Man and Woman, Light and Shadow, Yin and Yang. You can only imagine that just because Man was associated with Yang (hence Light), Women was associated with Yin (hence Darkness).

We all remember the story of Adam and Eve. Women were believed by those religions to be the initiators of our Falling. Hence Sin is associated with Women and Yin (Darkness). Light, the Men are superior, the Good. Man is the Heir of the Thrones. That’s why there were only Priests in Jewish religions. And that’s why Darkness is feared.

Reason no3. Fear of Magic.

It’s no secret that fear is a tool used by religions to keep Magic Power for themselves. We know that Pope himself keeps grimoires and magical artifacts in Vatican Secret Archives.

Religions are actually afraid of any individual’s power. They keep us afraid of the dark because in darkness lies new beginnings. We are raised to fear Crone aspects of Gods and Goddesses. Why? Because there is power there. Hence, the Crone Goddess and the Hunter God (the one who bears horns) are now equated with demons if not Devil himself.

Darkness is in balance with the Light though. Remember. This does not mean that Good is in balance with Evil in the Spirit World. Do not be mistaken. Good is self-created and not at war with Evil. As Buddha used to say, Evil is at war with Chaos, not Good. However, in this material World, evil has some power indeed. Furthermore, evil utilizes both aspects of light and darkness as they are parts of this partly corrupted World.

In Darkness our psychic powers are amplified. We no longer spend energy in vision and we focus on other senses. This is why in darkness we are more likely to feel the presence of other entities. Moreover, this is why Witches love to practice their craft.

Why we should NOT be Afraid of the Dark.

Make Peace with Darkness. It’s your Ally. Not your Enemy.

PREVIOUSJanuary’s Birthstone – Garnet, by Nixie Vale
NEXTAn Invocation to the Goddess of Dawn